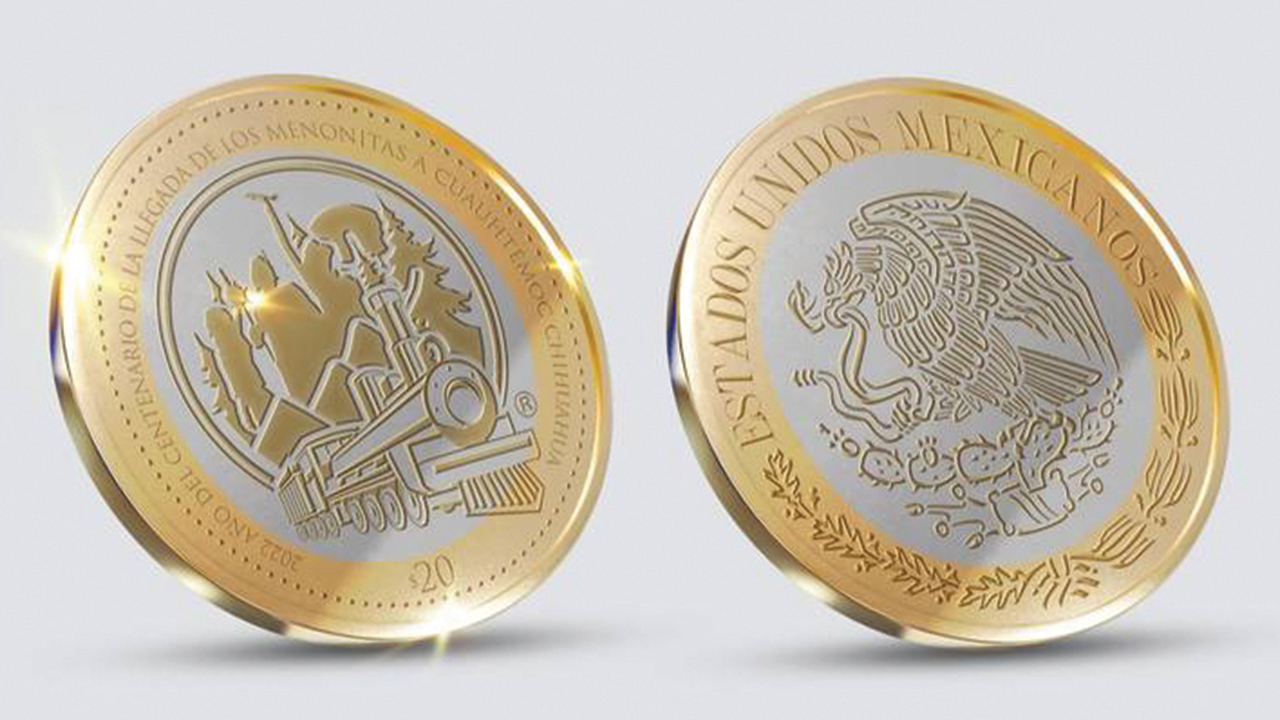 One of the proposed designs for a 20-peso coin commemorating the centennial of the arrival of Mennonites in Mexico features the arrival of trains in San Antonio de Arenales. — Municipality of Cuauhtémoc

The Mexican government is commemorating the 100th anniversary of the arrival of Mennonite settlers in Chihuahua with a coin that will enter circulation this year.

It is estimated that 120,000 Mennonites live in Mexico, although Mennonite World Conference counts only about 34,000 members of congregations in a variety of conferences.

A majority of the nation’s Mennonites speak Low German, live in colonies and are the descendants of immigrants who left Canada for greater religious freedom. The first Mennonite families arrived between 1922 and 1927, settling mainly in the states of Durango and Chihuahua, where they were granted land to set up farms.

The Bank of Mexico is still evaluating designs and has not yet released details about how many coins will be produced or when they will become available. Like 10-peso and other 20-peso coins, the coin will be an alloy of bronze, aluminium, copper and nickel with a perimeter ring.