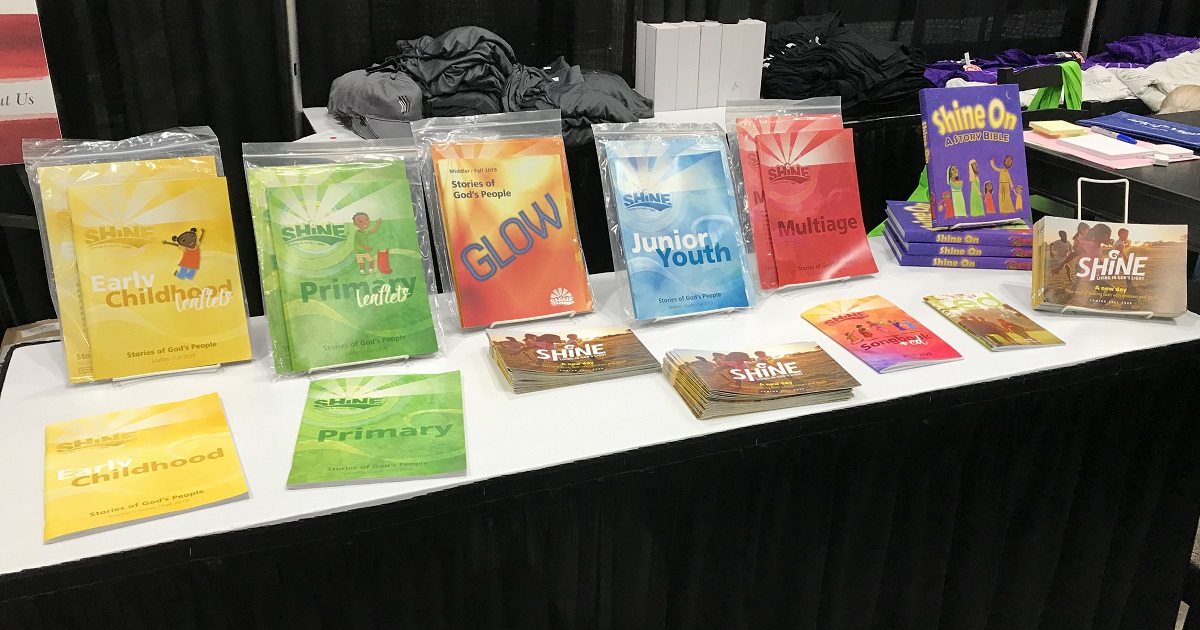 The impact of the COVID-19 outbreak caused MennoMedia, the publishing agency of Mennonite Church USA and Mennonite Church Canada, to make temporary staff cuts in all departments and has forced the organization to make several product cuts.

The staff cuts were in place from March 23 to April 6, said Amy Gingerich, executive director and publisher of MennoMedia, in an April 6 email. MennoMedia applied for and has been approved for payroll protection funding from the federal government.

Most Herald Press books already in process will be released on time this year, Gingerich said in an April 1 email, “though a couple late spring titles will be delayed slightly.”

Gingerich noted that the company MennoMedia uses to distribute Herald Press books to stores in Canada is currently closed. Congregational shipments in Canada should not be impacted, she said, and CommonWord, the resource center and bookstore operated by MC Canada, remains open online.

“Both Purpose magazine and the bulletin series have been near the edge in terms of profitability for some time,” Gingerich said in a March 31 news release. “The current crisis has forced us at MennoMedia to move up that timeline.”

In early March, Amazon informed booksellers the company was deprioritizing book sales in order to prioritize sales of “household staples, medical supplies, and other high demand products,” according to a statement from Amazon.

“With Amazon making up 46% of our Herald Press book sales, that was a hard and fast cut we felt immediately,” Gingerich said in the release. “However, last week, Amazon did place a small order, so we see that as a sign of hope, and that’s been followed this week by additional orders from Amazon.”

Amid these challenges, Gingerich shared some bright spots, too. Right now, MennoMedia is sending out its weekly Shine Sunday school curriculum for children, Adult Bible Study and Rejoice! daily devotional to congregations via email. Those email resources have been “warmly received” by congregations that are now worshiping at a distance, she said.

In addition, a donor has offered a $25,000 match to help MennoMedia.

“The financial support and prayer support for us at this time has definitely buoyed our spirits,” Gingerich said.

The staff cuts and organizational adjustments come at a crucial time for MennoMedia as its biggest project in years, the Voices Together worship and song collection, is set to launch this fall. The project has been underway since 2008, when MC USA, MC Canada and Mennonite Publishing Network—MennoMedia’s predecessor—started exploring the need for a new hymnal.

Voices Together remains on schedule for fall release, the news release said, although five audio albums with songs from the collection to be recorded on Mennonite college and university campuses this spring will now be recorded fall 2020 at the earliest.

Presales of the Voices Together pew edition have surpassed 30,000 copies and remain available for purchase, along with other products, via mennomedia.org.