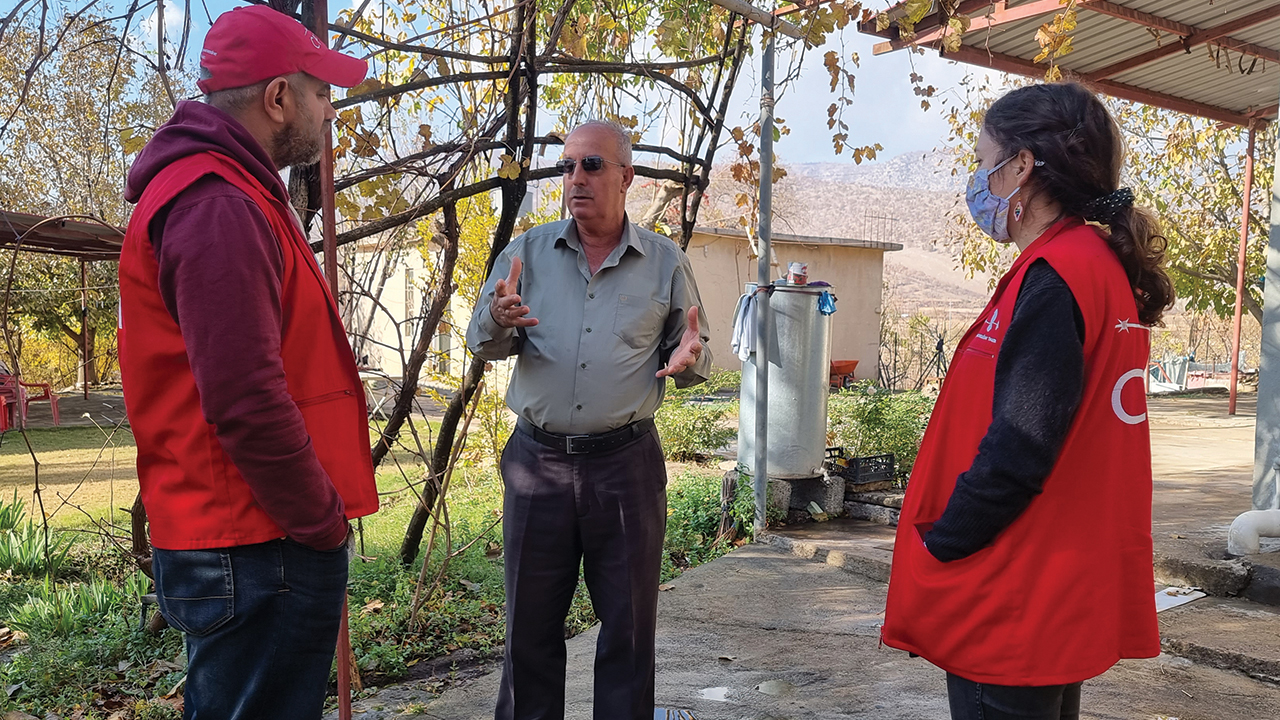 “We are excited to announce this name change as it better reflects who we are,” stated CPT in a release. “We have grown in membership and partnership, and after multiple years of consultation with our community and partners, we only thought it fitting to live into our growth.”

The release noted the mission of building partnerships to transform violence and oppression will continue, but now with a name that better reflects CPT’s growing membership and diversity.

Amy Yoder McGloughlin, the Mennonite Church USA representative on CPT’s steering committee, said CPT has been having conversation about its name for at least six or seven years.

“Especially from the teams on the front lines who have to do a lot of explaining about what it means to be Christian before they can even engage in the work,” she said. “Or the name prevents access because people perceive if Christian is in the name, then Christian means people trying to convert others.”

Since the pandemic began, no one from the United States can enter Palestine, so projects there have been completely run by local Muslim team members. In other situations, CPT representatives have been denied access to locations because of missionary suspicion.

The new name recognizes interfaith alliances with Muslims, Jews and other peacemaking partners.

“Our name change also recognizes our journey of undoing oppressions,” stated the release. “As an organization that seeks to address structures of power and privilege, it is important that our language be inclusive and life-affirming.”

“If you go outside our Mennonite bubbles, to say you are Christian, for me these days, gets combined with the folks who were storming the Capitol on January 6,” said McGloughlin, pastor of Frazer Mennonite Church in Pennsylvania. “That’s what Christian means out there, so when people hear ‘Christian Peacemaker Teams’ coming into Iraqi Kurdistan or Palestine or Colombia, there’s a colonizing aspect there, an alternative agenda.

“There’s a goal continuing for us — those of us who are Christian in CPT — that they will know we are Christian by our love. I will continue to do the work for CPT from my Christian framework, but also honoring that the name Christian has a lot of baggage with it, and that can be destructive out there.”

She said the name change doesn’t signify a less Christian identity for the organization but represents a stronger emphasis on collaboration.

CPT’s steering committee is made up of representatives from sponsoring Christian denominations, agencies and groups, nearly all of which are within Anabaptist or historic peace church traditions.

“The sponsoring bodies are Christian, largely Anabaptist, but I expect that will change,” McGloughlin said. “The metaphor I’ve been using for this name change — to use a Mennonite metaphor — is we’re extending the table, widening the circle.