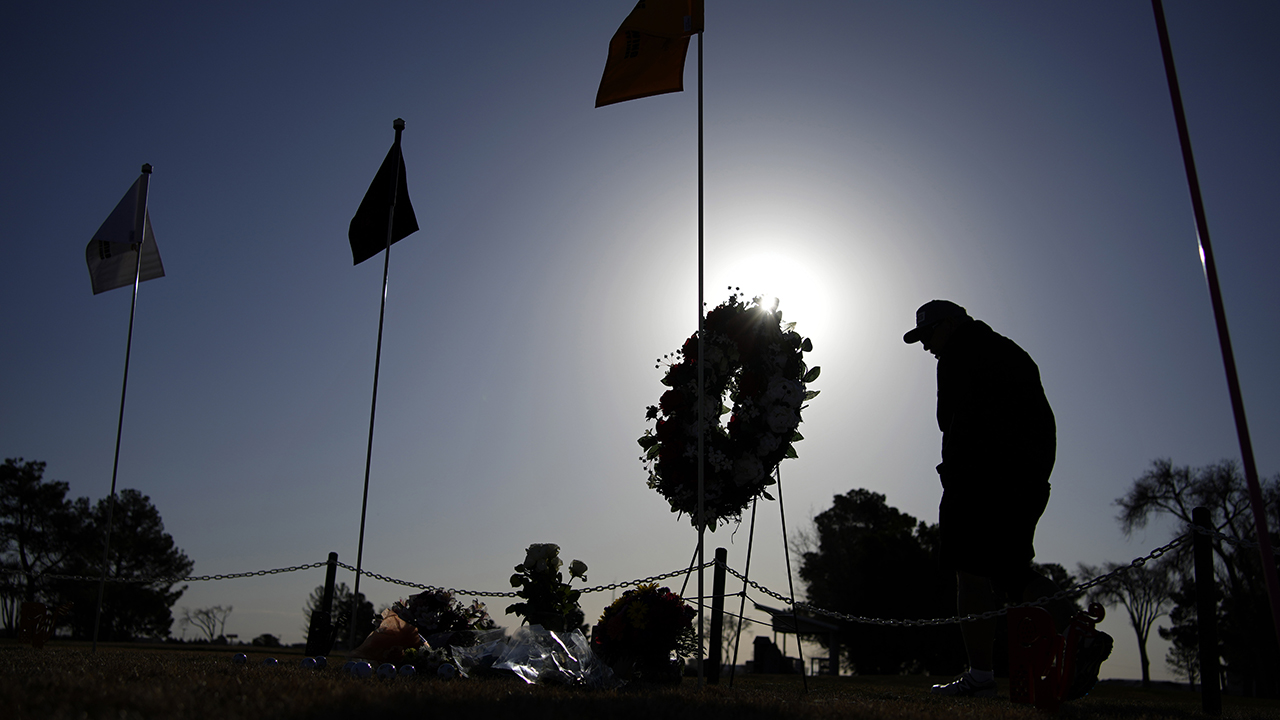 A golfer visits a makeshift memorial at the Rockwind Community Links on March 17 in Hobbs, N.M. The memorial was for student golfers and the coach of University of the Southwest killed in a crash in Texas. — John Locher/AP

Investigators no longer believe a 13-year-old who grew up in a Seminole, Texas, Mennonite community was behind the wheel of a truck that fatally struck a van carrying a New Mexico college golf team in March.

The National Transportation Safety Board announced on July 14 that further study of the crash that killed nine people in West Texas confirmed 38-year-old Heinrich Siemens was driving. Toxicological testing revealed the presence of methamphetamine in his system.

Siemens and his son both died in the crash, along with six students from College of the Southwest and their coach. The NTSB initially reported that Siemens’ 13-year-old son was driving and that a faulty spare tire was to blame for the truck crossing into the oncoming lane.

The Associated Press reported investigators are still working to determine a cause of the crash. The toxicological report is still being analyzed, and it is too early to say whether the level of methamphetamine was a contributing factor.

Mennonite Evangelical Church in Seminole hosted funerals of the father and son.