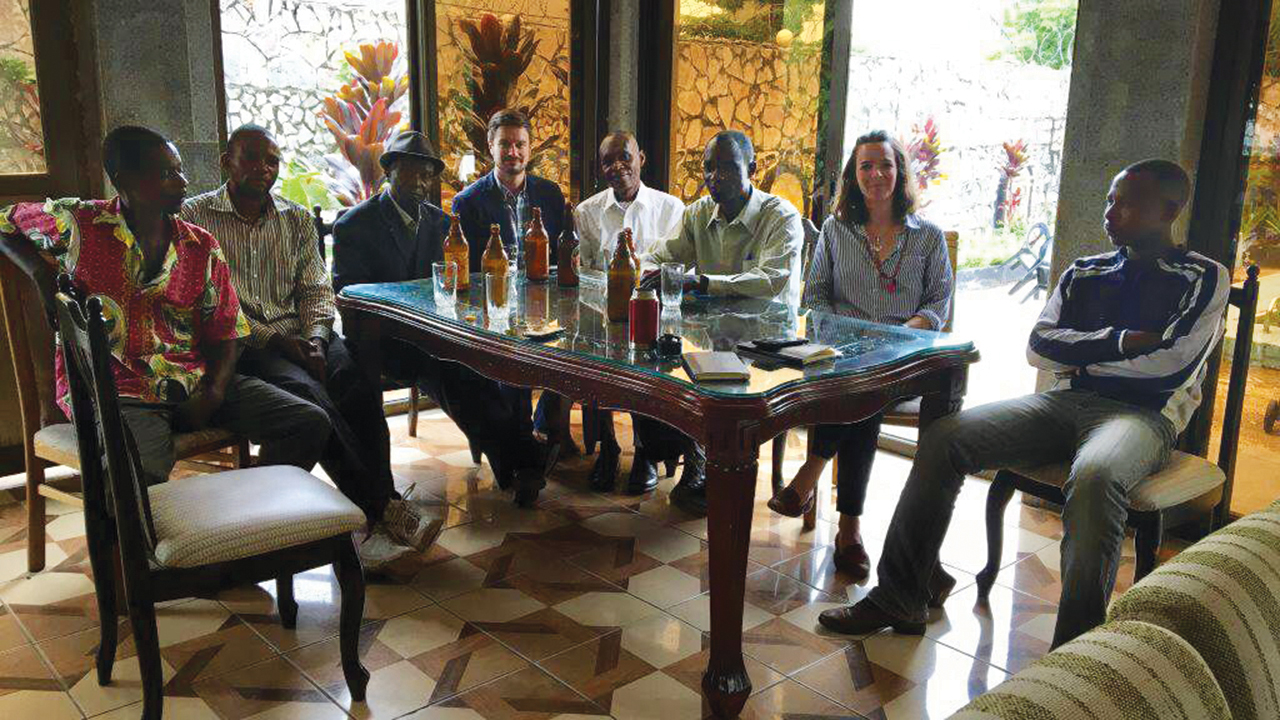 Michael Sharp and Zaida Catalán meet with interpreters and tribal leaders on March 11, 2017, the day before they were murdered. — Property of the Moresby family, used with permission of Maria Moresby

About 50 people were sentenced to death Jan. 29 in the Democratic Republic of Congo in connection to the 2017 murders of United Nations investigators Michael J. Sharp and Zaida Catalán.

Sharp was a former Mennonite Central Committee and Mennonite Mission Network worker in the region whose service experience inspired his work digging into atrocities.

Reuters reported Thomas Nkashama, an immigration official who met with Sharp and Catalán the day before they were killed, was among those given death sentences by a military court in Kananga. Many of the defendants in the nearly five-year trial were sentenced in absentia because they were never apprehended or escaped custody. Several others died in custody.

The DRC has observed a moratorium on the death penalty since 2003, meaning the sentences are essentially life sentences.

In addition to those sentenced to death, army colonel Jean de Dieu Mambweni was sentenced to 10 years in prison. Like Nkashama, he had met with Sharp and Catalán the day before they died. Reuters reported Congolese officials originally blamed the murders on the Kamuina Nsapu militia, and not on state agents, but later arrested the colonel and several other officials.

Human rights groups have accused Congolese investigators of ignoring even higher government or military involvement. Reuters reported the families of Catalán and Sharp do not believe the conspiracy’s masterminds have been brought to justice.

Michele Miller Sharp, Michael Sharp’s mother, told Reuters she was glad some people are being held accountable, but she still wonders who gave the orders five years ago. “Surely someone in the upper echelons of power,” she said. “We wait further developments.”

John Sharp, Michael Sharp’s father, told AW: “We still don’t know who ordered the hit. And we have concerns about those convicted. How will life imprisonment transform the lives of those imprisoned and their families? We wish for shalom justice, where people on all sides get what they need, not what they deserve.”