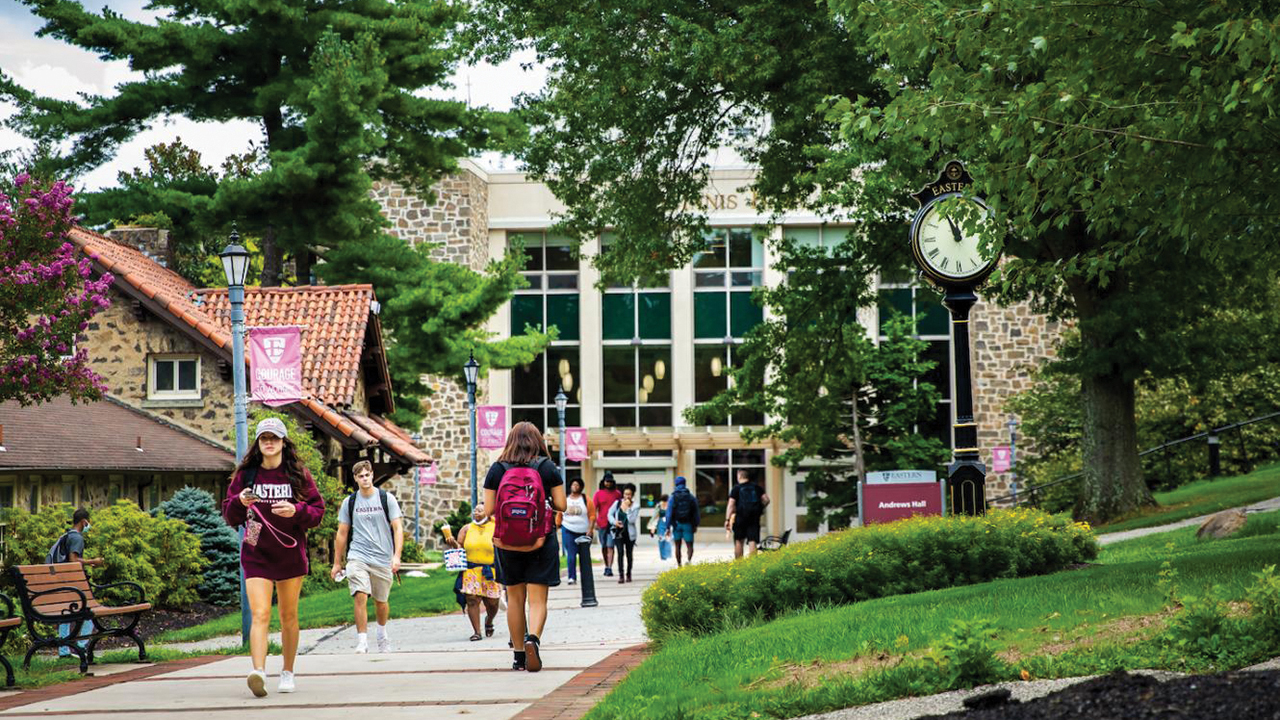 Eastern University, a Christian school affiliated with the American Baptist Churches USA, has amended its policies to allow for the hiring of LGBTQ faculty and to add sexual orientation to its nondiscrimination statement.

As a result, its membership with the Council for Christian Colleges and Universities has been put on hold during the 2022-23 academic year and the school is no longer listed online among the 150 U.S. and Canadian schools that belong to the Christian higher education association.

Located in St. Davids, a suburb of Philadelphia, Eastern has leaned left on the evangelical spectrum for some time. Among its faculty are Tony Campolo and the late Ron Sider, two evangelicals who urged social action and justice on behalf of the poor. Its best-known alumnus may be Bryan Stephenson, the founder of the Equal Justice Initiative, who has fought for eliminating unfair sentencing and exonerating innocent death row prisoners. (The school’s alumni also include Doug Mastriano, the recently defeated Republican candidate for Pennsylvania governor.)

The decision to change its policies on LGBTQ students and faculty took place at the end of the last semester, the school said in a statement. Specifically, the school removed its ban on hiring LGBTQ faculty and added sexual orientation to its nondiscrimination policy.

That immediately set the school on a collision course with the CCCU, the largest association of Christian schools. The CCCU does not allow member schools that hire married gay faculty members and requires policies upholding traditional Christian marriage between a man and a woman.

A spokesperson for the CCCU board confirmed that Eastern’s membership is on “hiatus” during this school year.

In 2015, two Mennonite schools in the CCCU, Eastern Mennonite University and Goshen College, amended their policies to allow the hiring of LGBTQ faculty. A subsequent discussion about giving the two schools affiliate status prompted the exodus of two of the more conservative schools from the CCCU, Oklahoma Wesleyan University and Union University, in Tennessee. Ultimately, the two Mennonite schools voluntarily departed the association, making the discussion of affiliate status moot.

John Fea, a professor of American history at Messiah College, said Eastern is the first non-Mennonite school to change its policies on LGBTQ people, but it may be a harbinger of what’s to come.

“There are growing numbers of LGBTQ-friendly students and even more LGBTQ-friendly faculty that will push their college in this direction,” Fea said. “I’d hate to be a college president right now.”

Until this semester, Eastern welcomed LGBTQ students and allowed a student-led club, Refuge, to advocate for the LGBTQ students. But its student handbook banned “inappropriate displays of affection” and “sexual intimacy . . . outside of marriage between a man and a woman.”

That has now been amended. Sex outside of marriage is still prohibited, but marriage is no longer defined as the union of a man and a woman. The new policy states:

“It is the University’s position that sexual intimacy is prohibited outside the commitment and bond of marriage. The University reserves the right to take action under the Code of Conduct for students found in violation of this policy.”

A former Eastern University professor was the subject of a New Yorker profile in June. Kathy Lee, a political science professor, now retired, taught for 17 years at Eastern and publicly came out as a lesbian earlier this year.

She led a panel discussion on the issue of sexuality in October.

In 2021, a student at Eastern was among 43 other LGBTQ students who filed a class-action lawsuit against the U.S. Department of Education. In it, they claim the department’s religious exemption allows schools, such as Eastern, that receive federal dollars, to unconstitutionally discriminate against LGBTQ students.