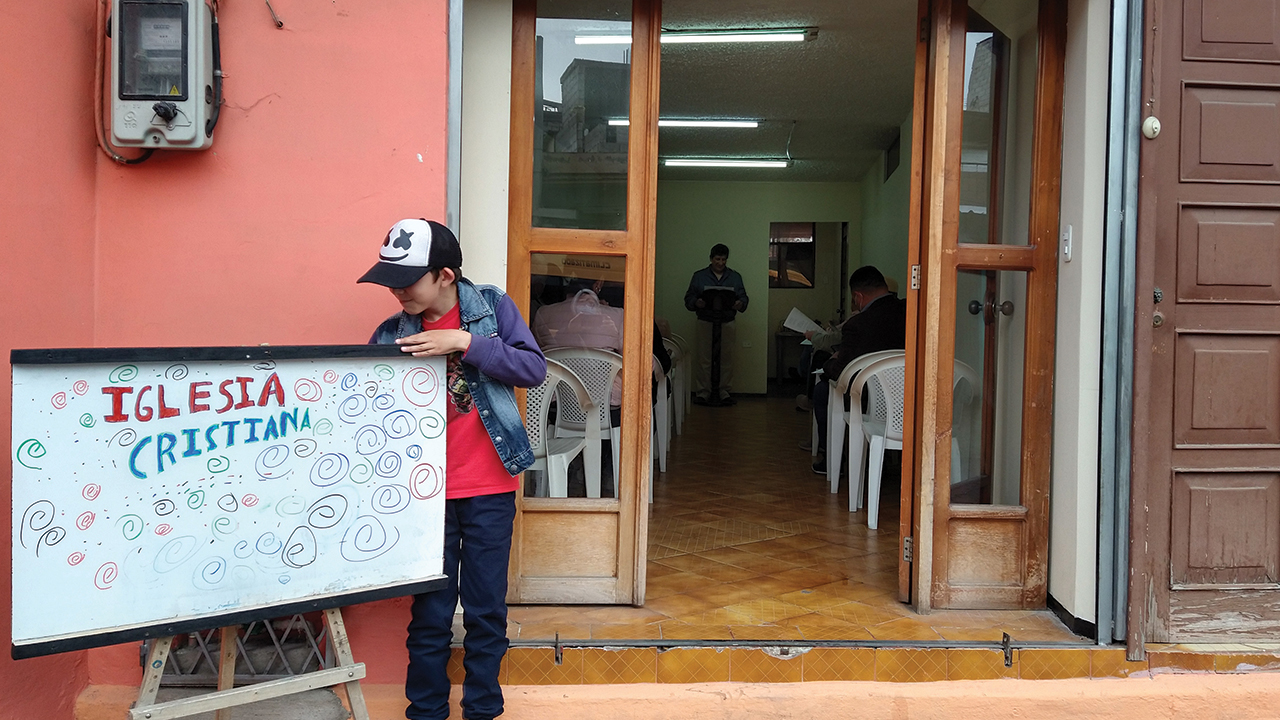 The three conferences in Ecuador want to plant more churches. The ICAME church in Quito receives many refugees. One family asked to start a church in their neighborhood. Their children made a sign to welcome people. — Linda Shelly/MMN

Three Mennonite conferences in Ecuador have had few opportunities to meet, due to separations in geography, history and culture.

But when they got together for a retreat this spring, they broke down barriers in a short time, said Diego Noe Pusay Villarroel, one of the par­ticipants.

About 90 people took part in the gathering May 20-22 outside the capital city of Quito.

“We learned about communication in the midst of diversity,” said Luz María Pomaquero of Riobamba, who sang in a Quichua women’s choir. Quichua are the world’s largest Indigenous people group.

“We must meet the challenge [of diversity],” she said. “But how? In unity. I like this.

“I also like that we have had this love among my brothers and sisters from the coast and from the mountains, even from different cultures, because in Christ we are one family.”

The group reviewed Mennonite World Conference’s seven shared convictions. Pusay Villarroel said these statements of faith “open the doors for us to identify ourselves with something much bigger than what we can imagine in our small cities hidden in the Andes.”

“The 2016 earthquake and also the pandemic have been occasions in which the conferences have related and supported each other in the past,” said Linda Shelly, regional administrator for Latin America with Mennonite Mission Network, who participated in the event.

Peter Wigginton helped provide a relational link among the groups. He and his wife, Delicia Bravo, serve with MMN as partnership coordinators in Ecuador.

Through connecting Quito churches with Mennonite churches on the coast for relief efforts after the 2016 earthquake, Wigginton became acquainted with IEME pastors and has been in touch with them ever since. He also helped to organize a 2018 joint leadership event for the three groups on the theme of pastoral care.

Doris Espinoza, president of ICAME, said: “I hope we can hold more gatherings to continue building fraternal ties that allow us to work together on behalf of the kingdom of God.”