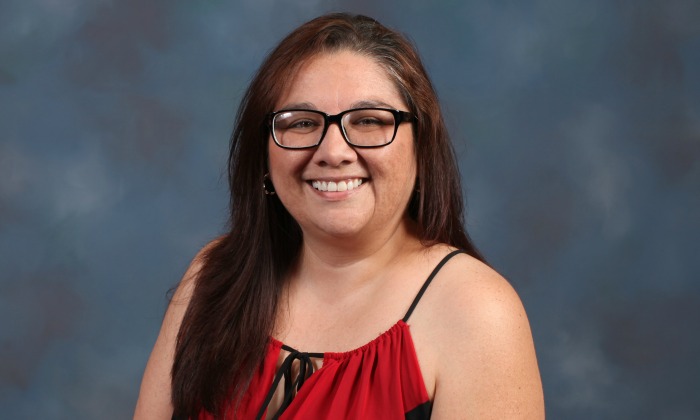 Ana Hinojosa, Brownsville, Texas, credits her Summer Service experience 20 years ago with helping to empower her as a woman, a person of color and a leader. MCC photo/Brenda Burkholder

Photo: Ana Hinojosa, Brownsville, Texas, credits her Summer Service experience 20 years ago with helping to empower her as a woman, a person of color and a leader. MCC photo/Brenda Burkholder

Mennonite Central Committee (MCC)’s Summer Service program may be only 10 weeks long, but it has a positive impact on the young volunteers at the time and for years to come.

Just ask Ana Hinojosa of Brownsville, Texas, who credits the MCC program for helping her grow into the person she is today.

During Hinojosa’s term, she worked at a tutoring center which catered to the needs of 80 children from kindergarten to sixth grade. She also helped with Vacation Bible School.

“Brownsville is one of the poorest cities in the U.S. A lot of kids struggle because their only language is Spanish and they only learn English at school,” Hinojosa said. “We tried to modify the program as much as we could to help them.”

Hinojosa said she learned the importance of selfless service working for her church. In addition to completing Summer Service, Hinojosa also worked as a youth leader and a Sunday school teacher. Through all this volunteer work, Hinojosa gained leadership skills and was inspired.

“I’m a female person of color in a culture where it’s very male dominant. Through Summer Service, I learned it’s okay to be a woman and a minority, and I’m able to lead a program. That was very empowering,” Hinojosa said. “Summer Service completely changed me as a person, as a woman, and it has affected me as an adult.”

Conrado Hinojosa was the lead pastor at Iglesia Menonita del Cordero when Hinojosa, his niece, was a

Summer Service worker there. He retired from the role in 2005. He said the church community was quite new when Hinojosa began working there and her help was crucial.

“Ana was so encouraging and helpful for the young people and children at the time,” Conrado Hinojosa said. Her work at the church helped the students envision the possibility of going to college, he said, which some did.

Hinojosa said education has always been her biggest passion. She became the first person in her immediate family to get a bachelor’s degree. She’s also earned her master’s degree and is currently pursuing a doctorate in education.

“I used this passion to inspire and motivate both children and youth alike to shoot for the moon when it comes to their education,” she explained. “I have always promoted our Mennonite colleges and universities because I believe that we offer some of the best programs.”

It’s been more than 20 years since Hinojosa participated in Summer Service, but she still marvels at its value.

“I was able to impact my peers, impact my community and impact the world in a way I knew I would never be able to do through any outlet outside of MCC,” Hinojosa said.