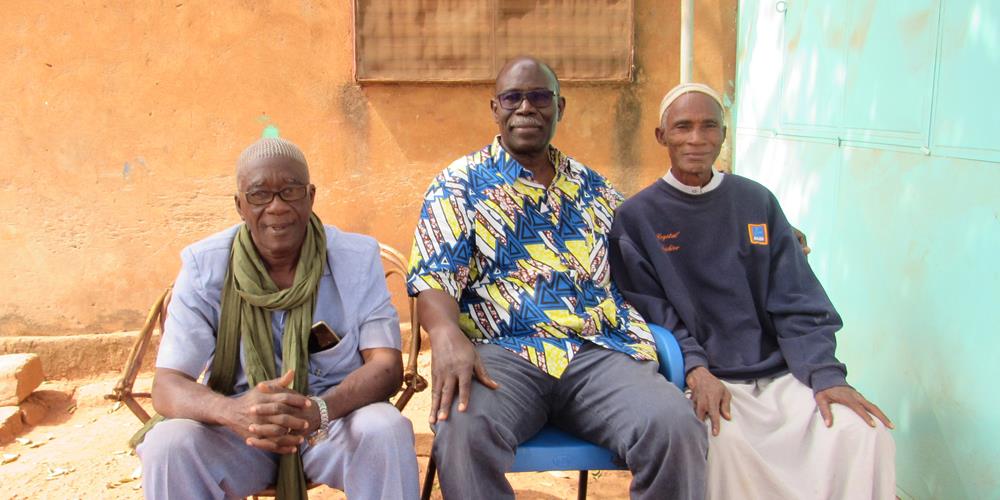 As chair of Mennonite World Conference Deacons Commission, I and three others traveled to Hong Kong to stand in solidarity with our Mennonite brothers and sisters. After worshiping with Agape Mennonite Church on Dec. 1, 2019, we donned gas masks and went to the center of the city where demonstrators were enveloped in clouds of tear gas. In this volatile environment, I learned that the Chinese word for conflict, Wei Ji, is a composite made up of “danger” and “opportunity.”

This new understanding of conflict shed light on an experience I had several months earlier in my home country of Burkina Faso. I frequently take the bus from Ouagadougou, the capital city, to Bobo-Dioulasso, where I live. I boarded the bus and found another man in my assigned seat.

The man erupted in anger, “I can’t take this kind of problem any longer.”

“What problems are you talking about?” I asked calmly.

I love to get to know people, and I’ve had experience resolving conflicts from personal misunderstandings among Mennonite church members to national crises. So I asked the angry man questions about himself and showed him that I wanted to move beyond the tension that arose over seating.

I told him my name and that I was a pastor. He said his name was Issa and he was a Muslim. He had been in Ouagadougou to get a passport so he could make a pilgrimage to Mecca. Our conversation moved on to culture, society, economics and politics. A rapport turned into a friendship, and by the end of our trip, we exchanged phone numbers.

Several weeks later, I called Issa. He is a businessman and gave me directions to his workplace. When I arrived, he introduced me to his colleagues and gave me all kinds of compliments.

Another time, when I returned home from a trip to Sierra Leone to present a seminar at Christ Salvation Mennonite Church, I found some beautiful cloth and a watch left at the house by someone. I finally learned it was Issa Sawadogo who brought me these souvenirs from Mecca.

Later, as I completed pastoral visits to celebrate Christmas and the New Year in our Mennonite congregations, I found two chickens waiting for me, again, courtesy of my friend Issa.

On Jan. 4, my wife, Claire, and I visited Issa’s family. I called him, Issa, the name of Jesus in Arabic, though everyone else called him El Hadj, the honorific title given to a Muslim who has completed the pilgrimage to Mecca.

While I show him respect, I ask you to join me in praying God will bestow on my friend the same joy and peace God has placed in my heart. What could have turned into a dangerous quarrel over a seat in a bus instead led to a friendship. It became an opportunity to live out the good news of Jesus Christ in a country where much blood is shed between Christians and Muslims. Armed Muslims have increased their attacks on churches in our country, killing six people last April, six in May and 14 in December. Many more were wounded.

May this Mennonite pastor and this El Hadj guide others in paths of peace.

Siaka Traoré has retired from national leadership positions with Eglise Evangélique Mennonite du Burkina Faso (Evangelical Mennonite Church of Burkina Faso), but continues to serve with Mennonite World Conference as chair of the Deacons Commission. He lives in Bobo-Dioulasso with his wife, Claire, where he continues to work as a pastor in a church-planting ministry.