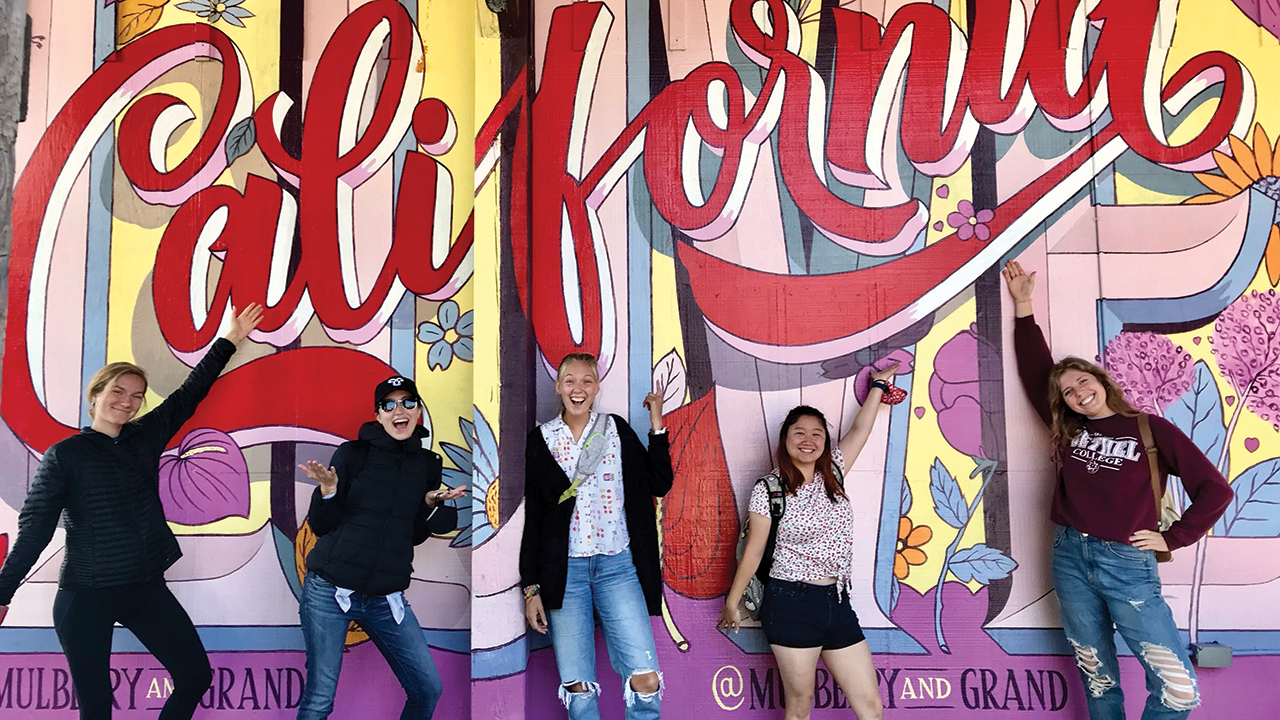 “There is a lot of congregational support and buy-in for the program,” said Joanna Lawrence Shenk, associate pastor at First Mennonite and local program coordinator for the MVS unit.

One example of the congregation’s commitment came more than 20 years ago. First Mennonite had been renting both its own worship space and the MVS unit house while considering buying a church building in the Bay Area. The owners of the building that housed the MVS unit decided they were ready to sell and offered it to the congregation before putting it on the market.

The price, more than $1 million, was daunting. But First Mennonite decided to purchase the house so it could continue hosting the unit rather than purchase a church building.

Lower Haight, the neighborhood where the MVS unit house is located, has an abundance of bike paths, restaurants and cafés, all within a few blocks of the house.

Lower Haight has become increasingly gentrified over the past few years. Housing costs are high, and this has ramifications for MVSers.

“What does it mean to be doing service work in a place that has such disparities in income — to live in a really nice house, when there are a lot of people in the city who don’t have adequate housing?” Lawrence Shenk said.

The MVSERs know they are privileged to have affordable housing, which many people lack. Every year, Lawrence Shenk and the MVSers begin the discussion about this tension during orientation, but it doesn’t stop there.

Many of the San Francisco unit’s most popular placements include organizations that support people struggling with the housing crisis. This year, three of the five MVSers serve with organizations connected to housing justice and affordable housing.

Anna Lubbers, from Newton, Kan., works with the Homeless Prenatal Program, which strives to break the cycle of childhood poverty. Her favorite part of the assignment is helping with distribution days, which happen on Fridays. She and other staff distribute food and other necessities to clients.

Lubbers recognizes the gratitude and joy shared by the clients and the staffers.

“I love that you can see that the hard work of the staff at Homeless Prenatal Program is actually helping clients,” she said, in their struggle against poverty and being unhoused.

Polly Carlson, in her second year with the program, is excited to be able to pick up where she left off in relationships with her coworkers at Mission Graduates and the First Mennonite congregation.

“It’s nice not to have to start from scratch and to have the oppor­tunity to go deeper with people,” she said. “I’m also looking forward to seeing more of the city — and, hopefully, California — with my new housemates.”

The MVSers learn the rich history of the San Francisco area, starting with the Ohlone people, who lived there before and during colonization and who are still present in the area today.

Lawrence Shenk said the congregation wants the MVSers to see themselves as part of this larger story, while entering into it with humility.

“[We want them to know] that they have so much to learn from this place and from the people in their neighborhood, around the city, in their placements and from the Ohlone peoples, who have tended this land for centuries,” she said.

Lawrence Shenk believes inviting humility, through learning about and from the people in the area, is an important antidote to the way Christians have so often shown up with plans to help without being accountable to the people they are supposedly helping.

This learning exemplifies one of MVS’s ideals: Participants don’t just go to a place and serve. They learn and grow by becoming part of a community.