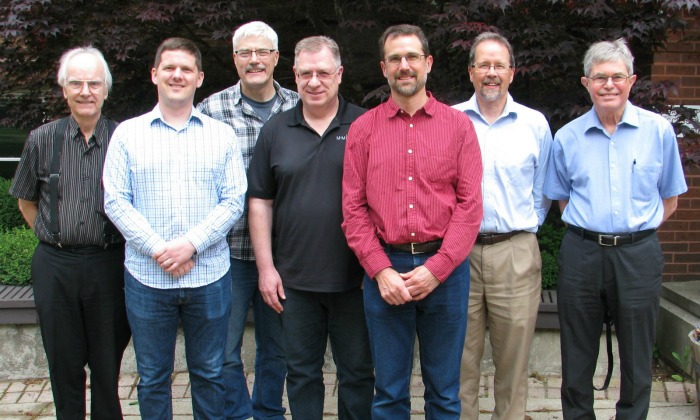 The Global Anabaptist Mennonite Encyclopedia Online (GAMEO), the most trusted online source for information on Anabaptist groups around the world, has found a new home with the Institute for the Study of Global Anabaptism (ISGA) at Goshen (Indiana) College.

On May 19, 2017, members of the GAMEO management board voted unanimously to transfer oversight of the project to ISGA. John D. Roth, director of the ISGA, will serve in a new position as the project’s general editor.

The vision behind GAMEO emerged in the late 1980s at the initiative of the Mennonite Historical Society of Canada, as an effort to preserve database information gathered for its three-volume Mennonites in Canada series. In 1998 the vision expanded to transfer the content of the five-volume Mennonite Encyclopedia into a digital format that would be accessible to internet users around the world. That project resulted in an online encyclopedia of over 12,000 articles. In the years since then, volunteer editors of GAMEO, along with regional committees around North America, have updated information on thousands of articles and added more than 4,000 new entries.

For the first 15 years, Sam Steiner, archivist at the Mennonite Archives of Ontario located at Conrad Grebel University College, Waterloo, directed the project; Richard Thiessen, director of the Mennonite Heritage Museum in Abbotsford, British Columbia, who served in that role from 2012 to the present, has resigned in order to devote more time to other responsibilities.

Public interest in the site has steadily expanded. In the month of April, 2017, nearly 50,000 researchers visited the site seeking information on topics related to the Anabaptist-Mennonite tradition. Today, GAMEO is routinely cited by news organizations, scholars, genealogists and a host of other users.

“As GAMEO has matured,” said Thiessen, “we have increasingly felt as if it needed an institutional home. The ISGA, with its strong academic foundation and global perspective, is a perfect fit for the next chapter of GAMEO’s development.”

Roth, the founding director of ISGA, agreed. “The origins of GAMEO go back to the creation of the Mennonite Encyclopedia in the 1940s and 1950s at Goshen College,” Roth said. “As the scope of Anabaptist-Mennonite research here has broadened to include the global church, it is fitting that we could bring the long tradition of ‘scholarship for the church’ to support now the global vision of GAMEO in the digital age.”

The ISGA recently published The Global Anabaptist Profile, a collaboration with Mennonite World Conference (MWC), that marked the first survey of faith and practices of MWC churches around the world. The Institute also oversees the “Bearing Witness Stories Project” (martyrstories.org), manages the online resources of the Global Anabaptist Wiki (anabaptistwiki.org), and is a key partner in the emerging database of Spanish theological resources called the “Bibliotheca Digital Anabautista.”

Steiner said “this new institutional home, together with additional associate editors, will expand GAMEO on the good foundations shaped by Richard Thiessen over the past six years.”

GAMEO will continue to be owned by its six institutional partners: Mennonite World Conference, Mennonite Central Committee, Mennonite Historical Society of Canada, Mennonite Church USA, Mennonite Brethren Historical Commission and the Institute for the Study of Global Anabaptism. A management board, composed of representatives from these organizations, oversees the operations of GAMEO.