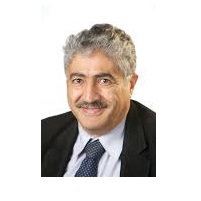 On May 14, the day the United States moved its embassy to Jerusalem and congratulated itself for advancing the peace process, the U.S.-supported Israeli military massacred more than 60 Palestinians participating in the nonviolent “Great March of Return” campaign. These events in Gaza reveal the scandal of how churches and civil society have been so hoodwinked by “conventional wisdom” that they all but ignored two of the most pressing issues in the Palestinian situation today: the right of return and the siege of Gaza. The demonstrations at the border are specifically intended to bring to our attention these two issues, which we have largely ignored.

More than 70 percent of the residents of Gaza are refugees who lost their homes and livelihoods in 1948, and who have been living on international charity and the hope of a return for 70 years. The Oslo Accords dictated that the issue of the refugees–together with Jerusalem and settlements–should be deferred until “later,” and everyone seems to go along with that.

The fact is that the international community has accepted that Jews have a right to “return” after 2,000 years but has denied that same right to Palestinians who are living in refugee camp misery and statelessness within a few miles of their actual homes, lands and villages from which they were driven 70 years ago.

How have we become so complicit and insensitive to morality and logic that we do not make the right of return a top priority? To say that such a return would undermine the “demographic composition” (in other words, “racial purity”) of Israel is to lay bare the essentially racist and discriminatory nature of the goal of a Jewish state, and to challenge the very basis of political Zionism. Yet this is not a discussion we are willing to have.

The second issue is far more pressing and immediate: In the Gaza Strip today, almost 2 million people live in a congested open-air prison. It is 20 miles long and three to five miles wide, and all its borders are tightly controlled by Israel and, at Israel’s direction, Egypt. Their airspace is abuzz with Israeli drones and planes, and the Israeli navy controls their shoreline. Their fishing rights, fixed at 12 nautical miles by the Oslo Accords, have been shrunk to three to six miles because Israel wants to freely exploit gas fields in the sea off their shores; their water table has been degraded and polluted to the point where 95 percent of their water is undrinkable; their fuel supply is restricted and their electricity is carefully limited to three to four hours a day; even their food supply is restricted to the barest minimum requirements to keep them “on a diet but not make them die of hunger.”

When an Israeli official first made this statement a few years back, I thought it was a cruel joke, but it turned out Israel had actually calculated how many calories a day are required to achieve that goal, and that calculation was used to determine how many truckloads of food would be allowed in every day; Israel also controls all exports from Gaza, including agricultural produce. The movement of goods and services in and out of Gaza is subject to Israel’s discretion. All aspects of life in Gaza are strictly controlled and have been for over 10 years, with hardly any response from the international community.

One reason for this is that under the Oslo Agreements, a majority of Gazans voted for Hamas. The Palestinian Authority in the West Bank, dominated by Fatah, and supported by Israel and the international community, refused to turn power over to them, so Hamas took over power in Gaza. The result was that the entire Gaza Strip and its population became a pariah. The justification was that Hamas is a terrorist group and occasionally dares to resist by shooting  largely ineffective rockets at Israel; it even dares to dig tunnels to break out of its suffocating isolation, while Israel routinely invades its territory and bombs Gazans, mostly civilians, at will.

Now I am no apologist for Hamas, and fully believe that armed resistance, while legitimate under international law, is both ineffective and counterproductive for Palestinians, but this is no excuse for this crippling siege. The humanitarian situation in Gaza is an injustice that calls to the high heavens. Even peaceful attempts, by sea or by land, to break this siege are met with deadly force.

When Palestinians–with or without the encouragement of Hamas, it really does not matter–choose to use nonviolence to protest this outrageous situation, they are ordered to stop, and then methodically killed and maimed by Israeli snipers and drones acting out of safety and impunity against the unarmed protesters.

Since the “Great Return March” began on March 30, no Israelis have been injured, yet at least 111 Palestinians have been killed–including 12 children, the youngest being 8 months old–and more than 12,000 wounded, more than 3,000 of them by live ammunition. The Israeli army uses explosive dumdum bullets that shatter bones and tissues, which leads to amputations and permanent injuries. Yet Palestinians continue to protest and pay a heavy price just to be heard.

Jonathan Kuttab is a Palestinian human rights lawyer and advocate. He is a member of the Steering Committee of Mennonite Palestine Israel Network (MennoPIN). He is co-founder of the human rights group Al-Haq and Nonviolence International, and is on the board of Bethlehem Bible College and Sabeel. He has served as a lawyer for both Mennonite Central Committee and Christian Peacemaker Teams in Palestine.