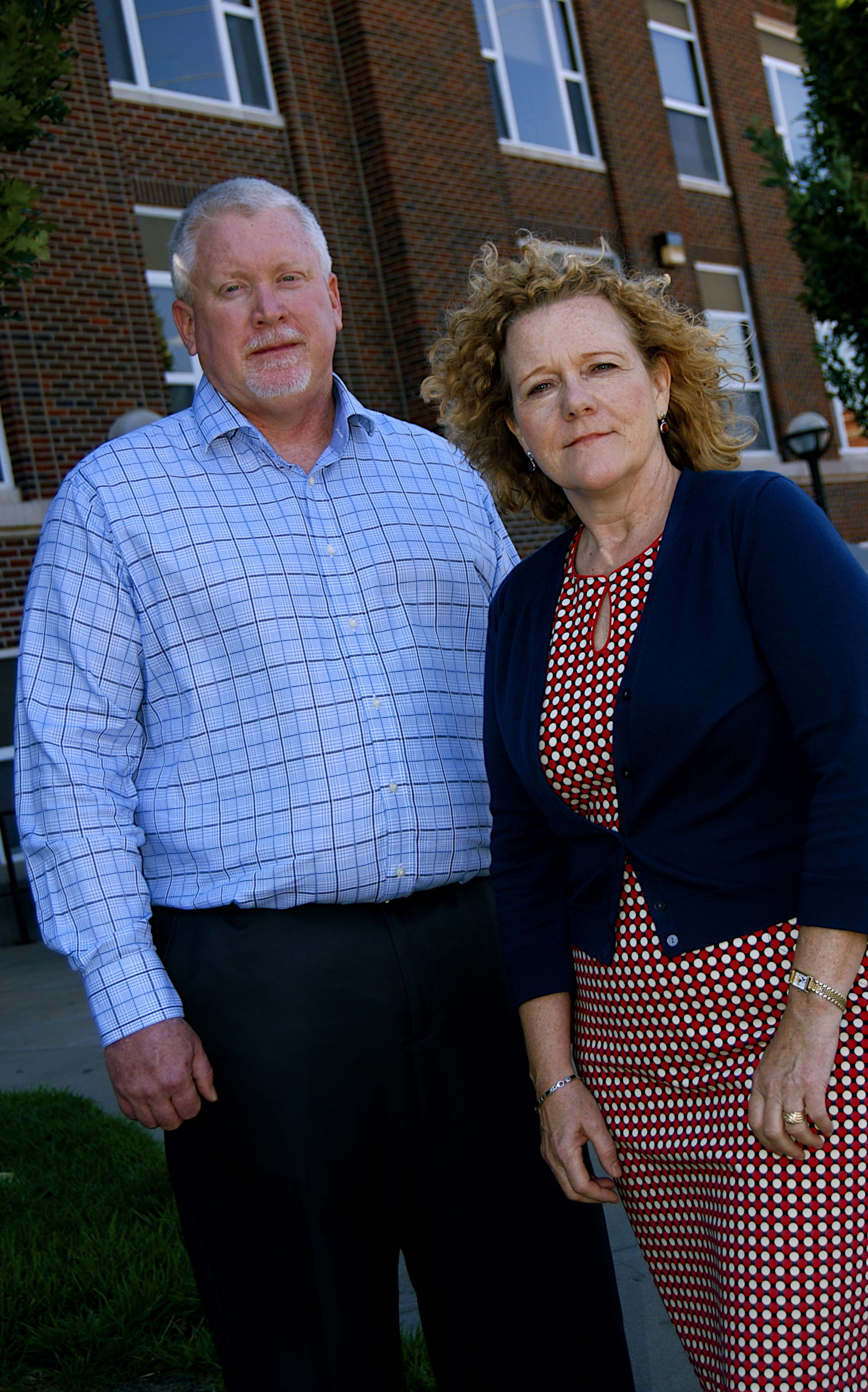 This article is a collaboration by the advancement team at Prairie View with insight from Barbara Walker, LSCSW, LCAC, at Prairie View and James Wilson, This piece originally ran in Prairie View’s magazine, A New View.

For more personal reflections on living with mental illness, check out our upcoming July issue of The Mennonite magazine.

Prairie View, Newton, Kansas, was founded by Mennonites in 1954 largely because of the experience of men who had served in alternative service as conscientious objectors during World War II in state-run mental hospitals across the United States. It is estimated over 3,000 workers gave care in 23 states and documented horrible conditions for the mentally ill.

Their reports were given national attention when LIFE magazine published an expose on May 6, 1946, with the lead article, “Bedlam 1945, Most U. S. Mental Hospitals are a Shame and Disgrace.”

“Through public neglect and legislative penny-pinching, state after state has allowed its institutions for the care and cure of the mentally sick to degenerate into little more than concentration camps on the Belsen pattern. …Yet beatings and murders are hardly the most significant of the indignities we have heaped upon most of the 400,000 guiltless patient-prisoners of over 180 state mental institutions. We jam-pack men, women and sometimes even children into hundred-year-old firetraps in wards so crowded that the floors cannot be seen between the rickety cots, while thousands sleep on ticks, on blankets or on the bare floors. We give them little and shoddy clothing at best. Hundreds—of my own knowledge and sight–spend 24 hours a day in stark and filthy nakedness. Those who are well enough to work slave away in many institutions for 12 hours a day, often without a day’s rest for years on end.”

The LIFE article concludes, “Their reports leave no shadow of doubt as to the need for major reforms in the mental hospital systems of almost every state.” (Vernon Neufeld, ed., If We Can Love: The Mennonite Mental Health Story, Faith and Life Press, 1983, 22-23.)

Although progress has been great, poor care and treatment for the mentally ill is still hiding in plain sight.

According to Brad Schmidt, director of Adult Residential Services at Prairie View, the modern day version of the back ward is showing up in homeless shelters and jail cells across the country. “People’s first encounter with the mental health system shouldn’t happen in a jail or a state hospital. We need to get in front of this issue and reach people before they get to that point. Homeless shelters barely scrape by on the budgets they have; they shouldn’t be additionally strained by people with untreated mental illness. When our state hospitals directly discharge patients to homeless shelters, we have to recognize that the system is leaving people vulnerable.”

Who are the homeless?

“In Newton [Kansas] you might not be able to spot the homeless when you see them. They aren’t sleeping on a sidewalk. They’re at a homeless shelter for the night. They aren’t ill-kept because the shelters here have requirements about hygiene and self-care. Actually, many homeless are children and families,” explains Barbara Walker, LSCSW, LCAC, and director of Prairie View’s Community Support Services.

Earlier this year, Walker got a call from the director of the Harvey County Homeless Shelter, James Wilson. Daily census there was running around 25 to 30 people – men, women and families. And 80 percent of the adults, he said, had some degree of mental illness, including challenges caused by substance use. Could someone from Prairie View come out to the shelter?

“We had noticed an increase in people with more severe mental illnesses like schizophrenia and
other disorders. Many had been off medications for quite a while or were refusing treatment,” Wilson says.

Wilson and his staff wanted to create a safety net for individuals struggling with mental illnesses. “When they came into the shelter, we wanted to be able to connect them with community services here in our non-threatening environment,” he explains. “Our thought was that if we invited someone from Prairie View in, that person would help connect our residents with appropriate services while they were here. Then we wouldn’t have to require our folks to go somewhere for initial services where they would not be as comfortable. Their anxiety would start to build up, and the experience might then become a threatening situation for them.”

The challenge for shelters like these is the hard reality that state mental hospitals in Kansas may directly discharge their patients to homeless shelters. Harvey County has services well-suited to treating the homeless with mental health challenges, thanks to Prairie View and other organizations.

Helping the homeless with their mental wellness is not a new concept for Prairie View, which has always served those who are homeless. Prairie View has provided services in a number of ways. For example, “We have provided transportation vouchers to bring those from the shelter to appointments here. Our community support staff have seen folks from the shelter, and the homeless have received inpatient or outpatient care,” Walker says.

What’s new now is that, instead of always requiring them to come on campus, what’s provided is a “hanging out with people” service. And that softens the questions and worries of those seeking services. Their concerns, according to Walker, might include: “What and where is Prairie View? How am I going to get there? Do they have a hospital? Do I have to be locked up? Do I have to have money to go there?”

In many ways, those in need feel stranded in a desert, emotionally and physically. Not only are they without a home, they are without hope.

A case manager listens to their stories, softens their concerns, identifies their needs and gets them hooked up with services. The case manager is just a regular person, hanging out with them, saying, “I understand,” and is willing to help them fill out their forms even if they don’t have ID or don’t understand the questions.

Has this been successful?

“Oh yes, very much so,” says Wilson. “We have had numerous folks who have been able to get connected to Prairie View and back on medication or start counseling sessions that they needed. That’s a big thing for the simple fact that we are now able to care for people’s needs in ways that maybe other agencies aren’t able to.”

“These case managers from Prairie View have helped our people feel comfortable with their mental illness and be more willing to seek out the help they definitely need. That’s been a gift to us,” Wilson says. In short, this is their community mental health center in human form, offering dignity and hope to the underserved and wanting those without homes to know Prairie View cares.

“Hope may be the only thing stronger than fear,” Walker says. “Feeling desperate can promote some really poor choices, but human engagement can bring about change. Offering the presence of the human who cares for you – that’s what we do here at Prairie View.”