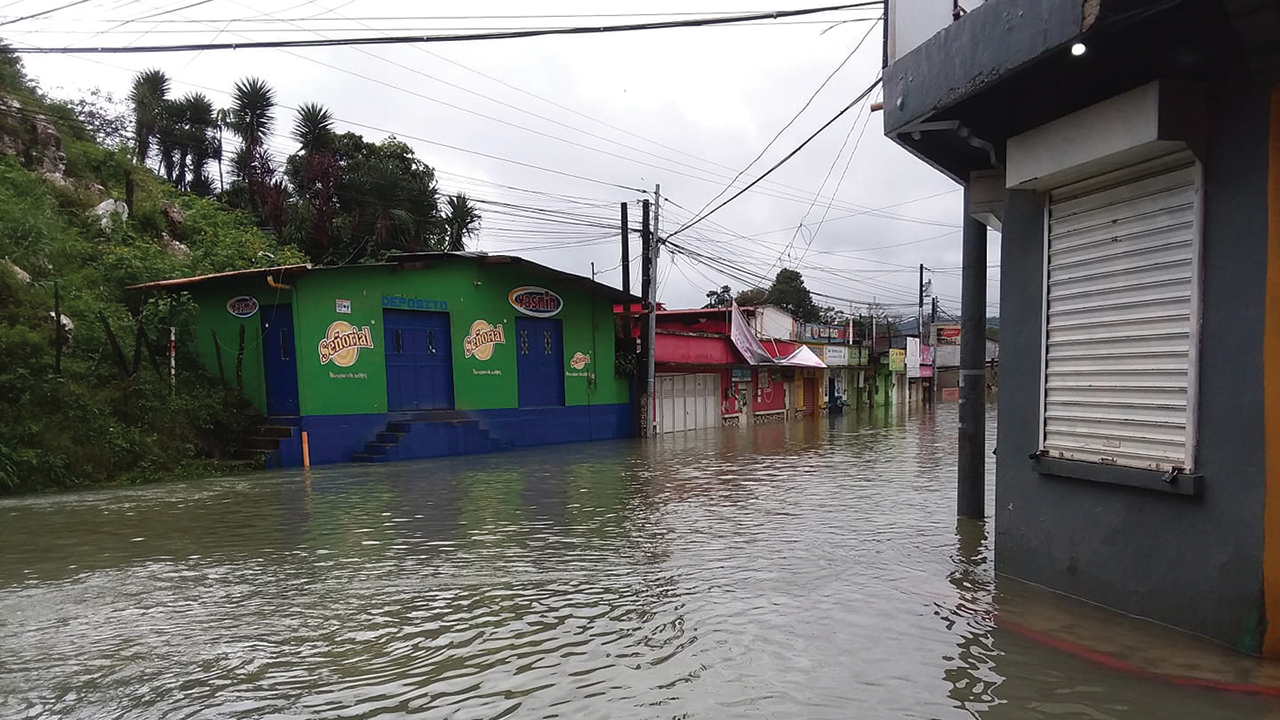 Hurricane Eta moved through Central America in early November, leaving wreckage in its path, especially in Guatemala, Honduras, Mexico and Nicaragua. The storm claimed at least 260 lives — 150 in Guatemala, 62 in Honduras and 27 in Mexico. Mennonite church members in the region are striving to do what they can to serve others despite the devastation in their own lives.

“There have been landslides and major flooding throughout the region,” she wrote. “Please pray that they will sense the love and support of God and the church during this difficult time.”

Santiago Iqui, president of the Kekchi Mennonite Church in Alta Verapaz, is organizing members to help those who lost homes and possessions. Mennonite Central Committee is providing blankets, mattresses and relief buckets filled with towels, soap, hand sanitizer, masks and other hygiene items for people who have taken shelter in schools and other public buildings. Casa Horeb, a Mennonite congregation in Guatemala City, sent clothes.

Byler was present as church members received the aid items.

“We prayed thanks over it,” Byler wrote. “We prayed for the people who sent it and the people who will receive it. The timing of this hurricane is especially difficult since people in the region are already suffering from COVID-19. Cases in the mountain regions of Alta Verapaz are increasing.”

According to Byler, the most urgent need is for food. Bean crops, a staple food, were washed away in the flooding. As flooding recedes, fields and homes that were under water are now covered with thick mud.

MMN director for Latin America Linda Shelly said people from the Iglesia Evangélica Menonita “Vida en Abundancia” congregation in the valley of Sula in Honduras escaped to the second story of the church’s school, where they sang and prayed together while awaiting rescue from floodwaters. Their song, translated from Spanish, said, “My hope is in you. I have nothing, nothing more than you, nothing more than your promises.”

“They had literally lost all their material possessions in the floodwaters that passed through their homes,” Shelly said. “After they were rescued, they started helping others.”

A win-win in wartime