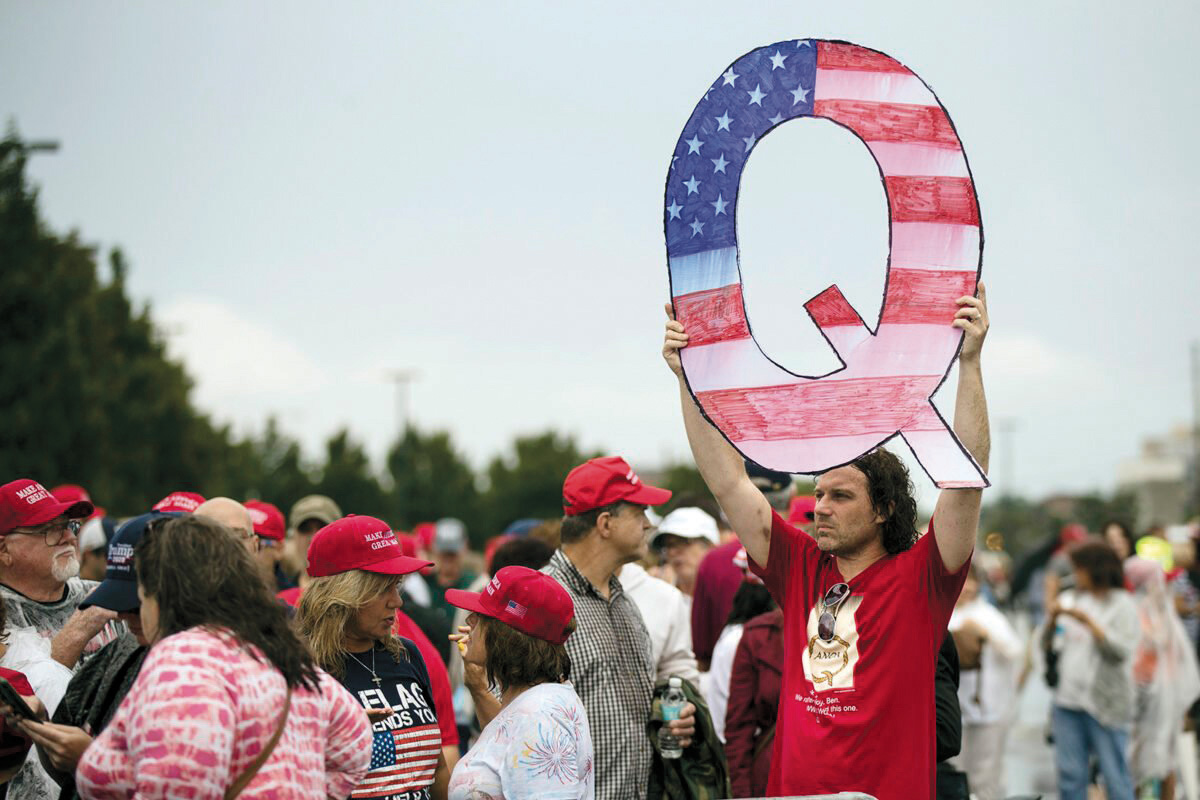 A recent report by Public Religion Research Institute indicates that 15% of Americans fall into the category of “QAnon believers,” defined as anyone who agrees with any of three statements: “the levers of power in the U.S. are controlled by a cabal of Satan-worshipping pedophiles”; “American patriots may have to resort to violence in order to save our country”; and “there is a storm coming that will sweep away the elites and restore the rightful leaders.”

While 15% may not sound like a critical share of the population, given the nature of those claims and the fact that the recent presidential election was decided by a margin of about 4%, it’s a hugely concerning figure. QAnon believers are able to seriously change the future of the nation.

We need to look beyond the pollsters’ three statements if we want to better understand and address the popularity of these beliefs. We need to look toward religion and the nature of belief itself.

PRRI polling indicates that white evangelical Protestants, Hispanic Protestants (who are largely evangelical) and Mormons are more likely than other groups to agree with each of the tenets of the QAnon conspiracy movement mentioned above.

White and Hispanic evangelicals tend to agree with QAnon at 25%, Latter-day Saints at 18%. The numbers are relatively high for other groups as well, including Hispanic Catholics (16%), Black Protestants (15%), other Christians (14%), non-Christian religious (13%), white Catholic (11%) and white mainline Protestant (10%).

The conspiracy theories, in other words, cut across political and denominational lines. The data suggest that the issue is not simply about those who are faithful to a particular religious path, but about people who are “faith-filled” — animated and informed by belief that transcends the purely rational.

We need to more effectively address people with genuine respect for their faith, even when we have no regard for the conclusions to which that faith has led them.

To be a believer, in any classical sense, is to give oneself over, at least at times, to the notion that reality cannot be fully defined or appreciated in strictly rational ways. To be faith-filled is to be animated by beliefs that, though not provable, bring us and our world to what we believe will be a better place.

As discomforting as it may be, this is precisely what QAnon believers are doing. The fact that they operate that way at church or in private belief makes it all the more “reasonable” that they will do so with QAnon.

For some, this is a good argument for the dangers of religious belief in general and for pushing for increased secularization. Not for me.

As a believer, I appreciate the beauty and power of belief. I appreciate all of the ways that belief helps us to transcend the moment in which we find ourselves and reach for that which is better, higher, unreasonably aspirational, irrationally compassionate and loving beyond understanding.

I would hope that the non-faith-filled could also appreciate how faith fuels all those things, even if it is not their chosen path, if only because faith has done that for millions of people for thousands of years. To give up on that path because of the abuses committed in its name would be like giving up central heating and cooked food because furnaces and cooking fires sometimes burn down people’s homes.

Without embracing how faith works in the lives of the faith-filled, it will be virtually impossible to stop its abuse when it occurs. The beliefs of QAnon followers are decidedly irrational, and no rational arguments will address them.

We have to meet the QAnon faith-filled where they are. We need to use faith-informed arguments in order to do that.

Just as rational questions invite rational answers, faith-filled beliefs invite faith-appreciating responses. Our ability to do so may be the single most important tool we have to keep things safe and sane for both the rational and the spiritual in a world too often bitterly and dangerously divided between the religious and the secular.