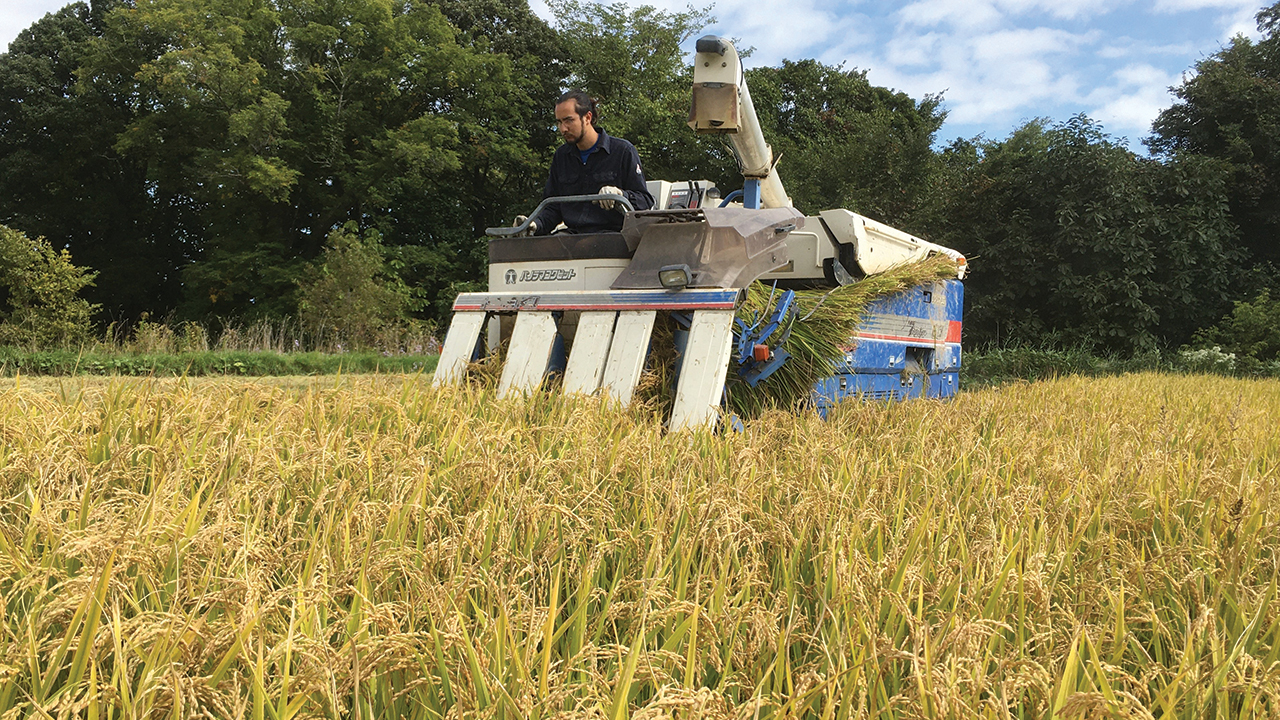 For Menno Village in rural Hokkaido, Japan, harvest is a yearlong process. Vegetables begin to be harvested in the spring, wheat in the waning days of July and rice by the beginning of October.

Each harvest, however, begins the same way: by planting a seed.

It’s these seeds that have become the focus of much thought for Raymond Epp. Epp and his wife, Akiko Aratani, founded Menno Village in 1994. The organic farm and Christian community, nestled outside Sapporo, was built on land purchased by nearby urban churches.

Every year, Aratani and Epp — along with their four children, their spouses and seasonal workers — harvest, dry, clean, store and mill grain. Like farmers all over the world, they save some seed for the next planting.
But this practice has become more complicated in recent years.

Until recently, plant breeding in Japan was done though public research facilities. However, new seed laws have privatized these practices, allowing companies to own seed varieties and restrict farmers from using harvested seed to plant next year’s crop. Some seed varieties rely on chemicals the seed companies sell, tying farmers into a cycle of dependence.

“I am disturbed by the threats seed privatization will have on human meaning, human purpose and the meaning of harvest,” Epp said. “Under today’s seed laws, the seed remains the property of the seed company. The harvested grain can be sold as a commodity for food processing, but it cannot be kept as seed. The seed function of grain remains under the control of the seed company.”

As Epp’s concern with seed restrictions grew, his mind turned to a variety of wheat that has been part of his family’s story for generations: Turkey Red wheat.

Turkey Red is a heritage variety, meaning it predates modern breeding. Originating in Turkey, the wheat was grown for centuries in Europe before making its way to the central United States, carried by Russian Mennonites immigrating in the 1870s. Among these immigrants were Epp’s ancestors, who moved from what is now Ukraine.

Epp’s parents told of each family being allowed a single trunk for the journey across the Atlantic Ocean. To save space, wheat seed was poured into cracks in the chests and between layers of clothing. When they arrived on the central plains, families carefully unpacked valuables and clothes, leaving the trunk floor covered in precious seed.

In seasons that followed, Turkey Red wheat was prized by Mennonite farmers for resistance to crop disease and hardiness to survive harsh winters. The grain does not require chemicals to grow and is easy to propagate year after year. It was an ideal candidate to grow in Menno Village.

“Planting and harvesting this variety for the first time this year gave me great joy,” he said. “It has reconnected me with the great heritage of Mennonite farmers throughout the centuries and also has placed me in solidarity with peasant farmers around the world who maintain ancient varieties of grain and whose livelihoods are being threatened by the changing seed laws.”

Menno Village uses its harvest for literal daily bread, as well as to supply neighbors with produce through Japan’s first community-supported agriculture program. A CSA is an agreement in which consumers pay a subscription for produce. The farmer receives funds to use in the season, and the consumer gets fresh vegetables.

The program is part of Menno Village’s outreach as sustainable agriculture and Christian community. It hosts educational seminars and groups, both from Japan and internationally, including Youth Venture teams with Mennonite Mission Network.

Epp hopes Christian farmers and congregations can model an alternative food economy, where food producers and consumers connect directly. In doing so, stories are shared and relationships formed, making the production of food less abstract for the people who consume it.

“Three times a day as we gather around the table, we are participating in the way the world is used,” Epp said. “We are participating in the cycle of seed time and harvest. We can do this unconsciously and oblivious to the issues facing farmers and the ecological consequences of modern agriculture. Or we can consciously join together with others working together as a sign. God will be with us as we hunger and thirst for what is just.”