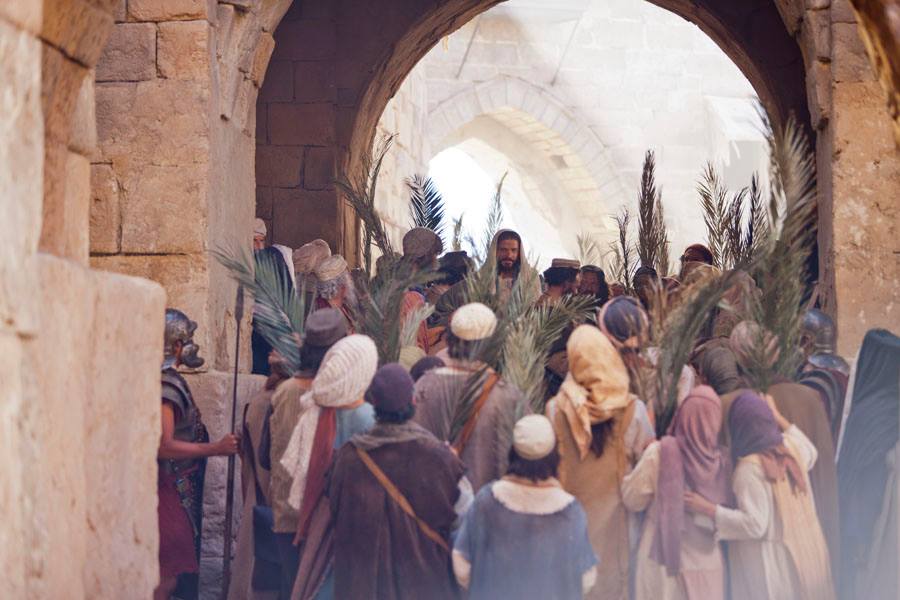 I went against my best judgment and reposted a controversial post on Facebook. You know the scenario—it is one of the many controversial issues in the media right now. I hesitated to weigh in, take a stand and repost it, but after looking at all of the other brazen opinions and assumptions out there, all of which seem to go unchecked, I felt as though this was something that reflected a standard that I believe Christians are called to, so again, against my better judgment, I reposted it.

I mean I knew better.

I knew people would see the political-leaning group that originally posted the picture and then immediately associate me with that political party’s platform, but I just couldn’t help myself.

And that’s where we find ourselves today, paralyzed by the political lens through which the rest of the world, our friends, our neighbors—and worse, our families—see us through, hear us through, and ultimately judge us through.

As a pastor I find myself sometimes afraid to speak words of truth straight from the Bible, because I am afraid that someone is bound to hear them through their political lens and think that I toe some party’s line and dismiss anything I have to say even before I choose to say it!

I can’t tell you how often I speak a word in a sermon and someone afterwards comes up to me with their political analysis, as if I were simply speaking somebody else’s talking points.

Trust me, I really am not.

So even when Christ and his life, witness, and teachings are at stake, he is no longer the litmus test for faithfulness in our country. Rather, we assume that Christian faithfulness is expressed through a political party’s platform.

After all, Republicans promise moral righteousness and Democrats promise us loving justice, and I am reminded of the tension in Jesus’ world when the political system of the time promised Pax Romana (Roman Peace) and everyone knew who was being referred to when someone talked about the son of God: it was Caesar Augustus.

And so when Jesus of Nazareth roamed the countryside speaking of the Son of God, and when John the Baptist went about quoting the prophets who declared the Messiah’s purpose to make way the road to peace, everyone heard it through their own personal political lens.

And suddenly this carpenter’s son was stepping on shaky ground, because his words were indeed perceived as political and threatening and people were beginning to take notice.

In John 20:28-40, we find ourselves in Pilate’s Praetorium the morning before Passover. Jesus has been handed over.

Pilate, Rome’s puppet governor over Judea, goes to Jesus and asks him, “Are you the King of the Jews?” It should be noted that this is the first time in the gospel of John the phrase “King of the Jews” is used.

But it’s not the first time John talks about Jesus being made a king.

In John 6:15, after the feeding of the 5,000, Jesus realizes the people were coming to “take him by force” to make him king. And Jesus’ response? He withdraws to the mountain by himself. Apparently the whole king idea was not his…

How do you think Donald Trump or Hillary Clinton would respond?

The next time we find reference to Jesus being a king is John 12—the triumphal entry fulfilling the prophecy of the king riding in on the donkey. Once again, the people want to make him king.

And finally we are here in his conversation with Pilate. Pilate asks, “Are you King of the Jews?”

That really is a scary accusation coming from the Roman governor who is placed over the region of Judea. Judea was an occupied country and the Jews were an occupied and oppressed people.

Which ironically was their own doing. A quick biblical history lesson: In the year 587 BCE Babylon sacked Judah or Judea and took the people into exile. Then the Persians sacked the Babylonians 40 years later and let the Jews return home, but they were still occupied by the Persians. Then the Greeks defeated the Persians and finally in 167 BCE, 420 years after Judah first fell, the would-be Jewish royal family, the Maccabees, fought the Greeks and took the land back, but that didn’t last too long, because the Maccabee brothers themselves began to fight over which one of them should be king of the Jews.

They both wanted to be king of the Jews, and so the one brother, Judah Maccabee invited Rome to come and help as an ally against his brother. The Romans were happy to oblige, and they came and they stayed…

And so the people are oppressed at the hands of their king, just as God said it would happen in 1 Samuel 8.

In 1 Samuel 8, the people of Israel, who up until that point had God as their king, ask Samuel to give them a king—so that they could be like everyone else.

God tells Samuel, “Samuel, they haven’t rejected you they have rejected me from being King over them. Just as they have done to me from the day I brought them out of Egypt, they are forsaking me and serving other gods.”

You see from the beginning, having a “King of the Jews” was never God’s idea.

Having a King of the Jews was always the people’s idea. It has always been forsaking God and serving false gods. As God himself says in 1 Samuel 8: “God says, this will be the sign you have a king: ‘He will take your sons and appoint them to his chariots and to be his horsemen and to run before his chariots, he will appoint for himself commanders, and some to plow is ground, and some to reap his harvest and some to make his war toys… He will take your daughters and the best of everything you have…’ God said.”

But the people refused to listen to the voice of Samuel, and though it was never God’s idea, in great sadness and rejection the first King of the Jews was crowned.

And a thousand unfaithful years later, the people of Israel want yet another King—they want a King who will sack Rome and free their land, and they hope that Jesus of Nazareth would be that King. After all, he is using some super politically charged language. In John 6, they want to force him to be king, and in John 12 they are sure he’s the man for the job and so they cry, “Hosanna,” for Jesus, just as they did for King David!

And now Jesus, before Pilate is asked, “Are you a King?” Actually every version of the English Bible translates this somewhat differently, each having its own nuanced tone and meaning, all being possible translations from the original Greek.

And they all interpreted them a little differently:

And Jesus’ response were equally different:

“You are right in saying that I am a king…”

“You say rightly that I am a king…”

And my personal favorite from the New English Bible says, “’King is your word…”

In 1 Samuel 8, John 6, John 12 and now John 18, king has always been our word, our expectation, our understanding and our perspective.

We always have a tendency to believe that our king can and will save us, and by our king, I of course mean the President of the United States.

We always believe that our government can and will speak for us, or keep our best interests at heart, but God surely didn’t think so! And Jesus shows us time and time again that everything that the people expected from a king or a president or a politician is not what he came here to do.

No, in fact, the truth is that Jesus came to witness to who God was in human flesh – God in the most perfect human form. God chose to become human in order to show humanity what is expected of us.

And rather than taking on the kingly power and control the people wanted to give him in John 12, in John 13 he chose to stoop down and wash his follower’s feet!

He chose not to fight for what he believed in, but rather to stand in confidence that the truth “would out” in the end. Everything Jesus chose was the complete opposite of what a King or a President or a politician or a political party would choose.

Brothers and sisters, Jesus often used the politically charged rhetoric of his day.

He often used overtones and undertones of what was on the lips of Caesar and the politicians of Rome, but again and again he rejected everything that Caesar and Rome stood for.

And so the Republicans promise us moral righteousness and the Democrats promise us loving justice: they promise us just enough to make us think that we are not one body and that they alone can save us!

But when the Son of God used that politically charged language and still rejected everything Rome’s son of god promised he did so knowing that the joke was on them. Because what the Republican’s call Christian moral righteousness and what the Democrat’s proclaim as Jesus’ loving justice—come from the exact same word in Hebrew—tsedekh. It’s a word that is bigger than the English language: so big that we need two words to really understand what it means.

In Hebrew’s tsedekh, righteousness and justice are the same word and neither are found in a political party but only in the true son of God, Jesus our Christ, our Lord and savior.

King was never his word.

John 18 makes it clear: Most translations say “My kingdom is not from this world…” or the New English Bible says, “My kingdom does not belong to this world,” but I actually like the way Eugene Peterson translates it. In The Message, Jesus says, “My kingdom doesn’t consist of what you see around you. If it did my followers would fight so that I wouldn’t be handed over to the Jews…”

If we want to change the world we aren’t going to do it with a new President, or a new representative or government. Our party affiliation has nothing to do with our faithfulness, for Jesus’ kingdom does not belong to the powers of this world; it doesn’t consist of all the things we associate with it.

We must not confuse our faithfulness and our political leanings, or when the Son of God returns we may not hear a word he says, because once upon a time he used the strong political language of his day, even though it got him in big trouble.

And when he comes—and he will come again, his rhetoric will be equally as powerful and his words will flame with the political buzz of the time, and because we have come to see only our party’s colors, or hear only our party’s talking points, we will not see or hear the risen Lord at all, because we will have dismissed every word he will says before he even chooses to say it.

May we as a church repent and declare boldly that only Jesus Christ is Lord!