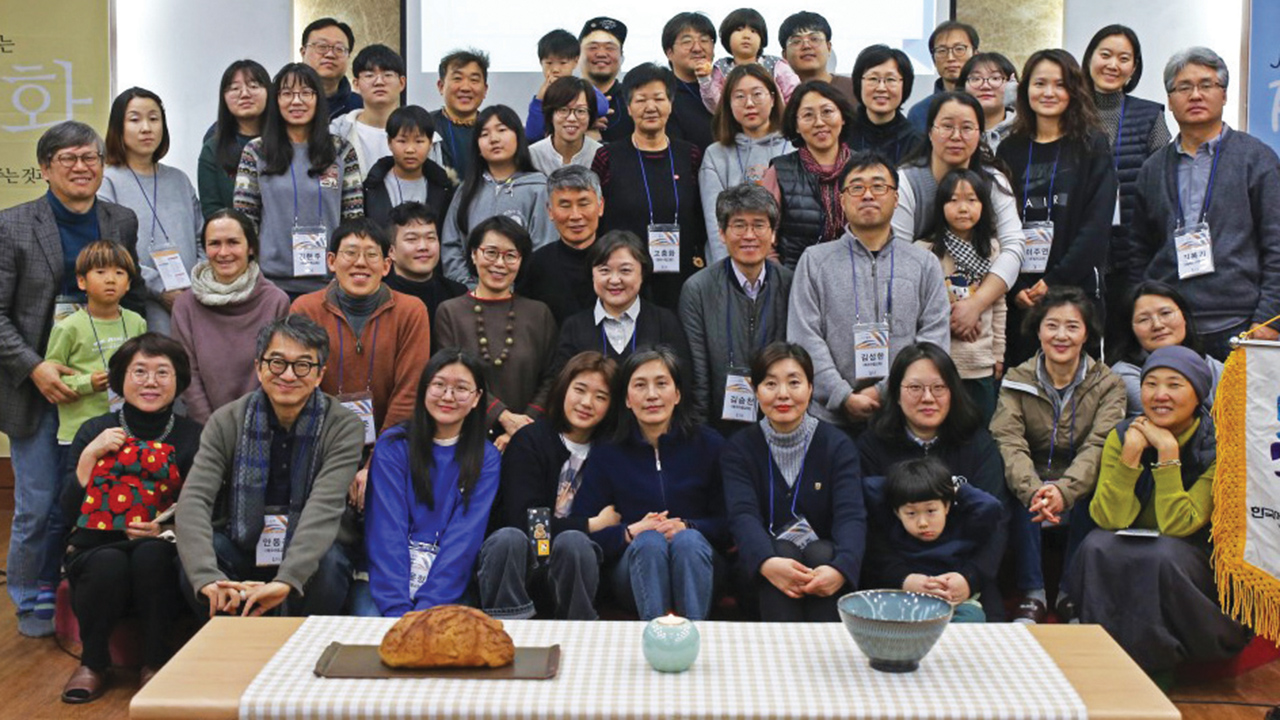 The Korea Anabaptist Center, which grew out of a burgeoning interest in Anabaptism in South Korea in the 1990s, celebrated its 20th anniversary Dec. 11.

About 30 people came together over Zoom to mark the occasion.

“I believe that one of KAC’s roles is to console Korean Christians who are so deeply disappointed by churches and pastors,” said KAC director SunJu Moon. “Many Christians leave the church . . . since they can’t see any hope from the churches. KAC communicates there is still hope and encourages people to follow Jesus.”

Based in Chuncheon, South Korea, the center focuses on bringing peace to Korean churches and society by networking with other organizations and offering materials it has published.

“God has been faithful in providing people, places and resources and empowering KAC staff, volunteers and friends to courageously live into communities that reflect and promote God’s ministry of reconciliation,” said Tim Froese, one of KAC’s founding co-directors.

Froese moved to South Korea in 1998 in response to an invitation from Jesus Village Church to help introduce Koreans to Anabaptism. JVC is a community-oriented congregation founded in Chuncheon in the 1990s.

The invitation was the result of decades of relationship-building between Korean Christians and the Commission on Overseas Mission, Mennonite Board of Missions and Mennonite Central Committee. MCC had formed the Mennonite Vocational School and worked in South Korea for several decades, up to the 1970s.

Before KAC was established, Froese said, Korean Christians were looking for alternative visions of being the church. There was growing enrollment by Korean students in North American seminaries in the 1990s. In South Korea, alumni of Intervarsity Christian fellowship and Campus Crusade for Christ, inspired by William Estep’s The Anabaptist Story, formed Jesus Village Church.

KAC recruits church members to teach Korean to international students and to show them hospitality. It supports restorative justice work with schools. It has held two conferences a year since 2016 on topics related to Anabaptism, such as discipleship, peace and community.