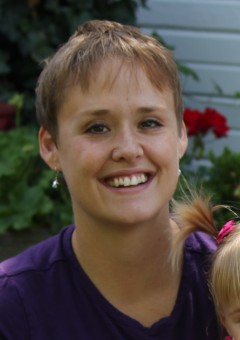 I had always thought the plagues of Egypt were intended to punish Pharaoh for ruthlessly holding God’s children as slaves in his land. Clearly his exploitation and the hardness of his heart begged for judgment in the clearest way possible. Pain and suffering.

It totally makes sense: The Pharaoh must suffer enough to finally be willing to let God’s people go.

Until I read Exodus 6.

God tells Moses: “I have heard the people’s cry, and I remember my covenant with Abraham. Tell the people I will free them from their oppression.” So Moses tells the people.

But then it says, “the people did not listen because of their burden and their suffering.”

Then and only then do the plagues hit.

The people had forgotten the promise God made to Abraham. It was a promise of land. A vision of something greater than their present condition, which had inspired the generations who had come before them.

But as the people mired under the uncertainty of unmet expectations and stories of the glory days long past and gone, they could not hear God’s good news.

Regardless of why, it would seem as though the plagues God sent as signs to the land of Egypt were meant equally for the children of Israel as they were for the Pharaoh.

Apparently the plagues were meant to say: “I. AM. GOD. Are you listening?”

The plagues, one after another, were designed to break both Pharaoh and the children of Israel down enough to pay attention to God.

“I am the God of Abraham, Isaac and Jacob. I promised to them a land filled with milk and honey. They believed me to be a righteous God who keeps my promises. Do you?”

And just as it says that Abraham believed God was righteous and could do what God promised, and that alone made Abraham righteous, the children of Israel became grandchildren of the covenant because they didn’t believe.

It took plagues, one after another, each worse than the one before, in order to shake these stubborn people from their accepted condition and give them a longing for a different reality.

But the question from God’s covenant with Abraham remains: Do you believe it? Do you believe I can make you fruitful, even though you are as good as dead? Do you believe I will do what I promised in the first place? Are you willing to take a risk and leave behind all of the things you so tightly cling to for the promise I promised?

Everyone has to be brought low. Everyone has to ultimately become aware they have no control over what happens next. The mire of the present condition has to become so unbearable that we give up.

Reluctantly they say, “OK, you are God. We are listening. What’s next?”

But the problem of hoping in God’s promise, is that if it takes too long, we find ourselves doubting God can indeed do it.

The children of Israel who witnessed first hand the mighty acts of God in Egypt, the parting of the Red Sea, the swallowing of the armies and the providence of water in places of great thirst, and food when it was sorely needed, grew impatient. And even when God brings them to the edge of the land, they are afraid to enter.

Again, where Abraham believed God was righteous, they don’t, because they don’t believe God is able to do what God promised.

Such is the human condition.

The disciples witnessed first hand the mighty acts of God through the person of Jesus Christ, but they became mired under the uncertainty of unmet expectations and stories of the glory days long past and gone, and they could not hear God’s good news, because of their burden and the suffering.

I AM GOD. (Are you listening?)

Thank God they only had to wait three days. And then, like a people born again, they became such powerful witnesses to the person and promise of Jesus that multitudes came to know him.

It was like they said to Jesus, “OK, you are God. We are listening. What’s next?”

The witness and power of the Apostles was born from the reality that God kept God’s promise! And they believed and their righteousness became apparent to the generations who came after them. They became the children of the new covenant.

And that was the good news promise that the kingdom God promised was near at hand, if only we believe on and in and through Jesus. And then they lived like they believed it! They lived as if the kingdom they were offered through Jesus, was better news than their present condition. It was more promising than the chains of Egypt or the glory days of years gone by.

But as goes the story, as in times before, every so many generations gone by, the people forget the story. They no longer live as children of the covenant, but more like grandchildren of it: “Believing runs in my family, so I am good.”

And all the while we watch a world around us covered in plague, one after another, each worse than the one before, and we cry out, “How long O, Lord, will you forget us forever? How long will you hide your face?”

It is taking too long for the promise.

Perhaps this is God crying out to us, “I AM GOD. (Are you listening?)”

Perhaps all it takes is for God’s people to believe, as Abraham did before us, that God can make us fruitful, even if our body is as good as dead. If only we would believe it. Do we believe the promise in the first place? Are we willing to risk leaving behind all the things we so tightly cling to in order to receive the promise?

Can we, like the children of Israel, recognize our faith only demands one sign of faithfulness? Our trust in God.

Perhaps this is why Resurrection is always so hard, because we can’t make it happen.

We have to be able to finally reach the point where we throw up our hands and say, “OK. You are God. We are listening. What’s next?”