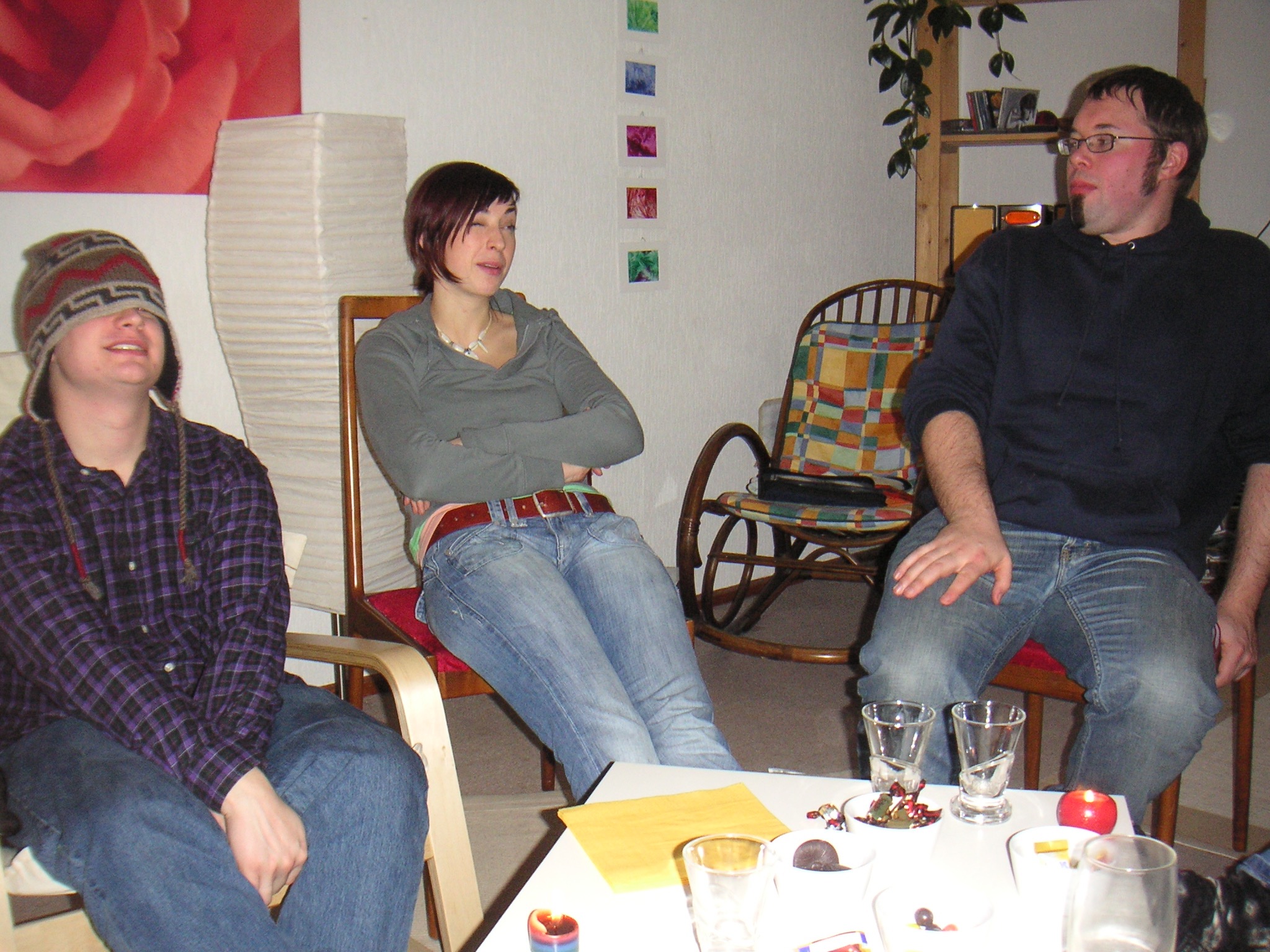 The rotund little green dumplings
nestling to the damp earth

He nestled in a shallow grave with Zaida and Betu
along the road from from Bukonde to Tshimbulu in Kasai.

In a few weeks those dumplings will bust up, burst out
and wind their way above our highest hedges.

So this is what it feels like when a friend

*Thanks to all of you who have contributed to this compilation of memories of MJ on social media and elsewhere over the past two days. Each story shines new light on his life for the rest of us. This poem is expandable. Feel free to leave your own alliterative adjective and noun pairs in the footer.

Photo from Tim Nafziger: This photo is from the first time I met up with MJ after high school in Bammental, Germany, in the winter of 2006 during the Christian Peacemaker Teams hostage crisis. MJ is on the far left in the photo. This photo also features Dave and Rebecca Stutzman, current Mennonite Mission Network workers, who worked with MJ at the time.