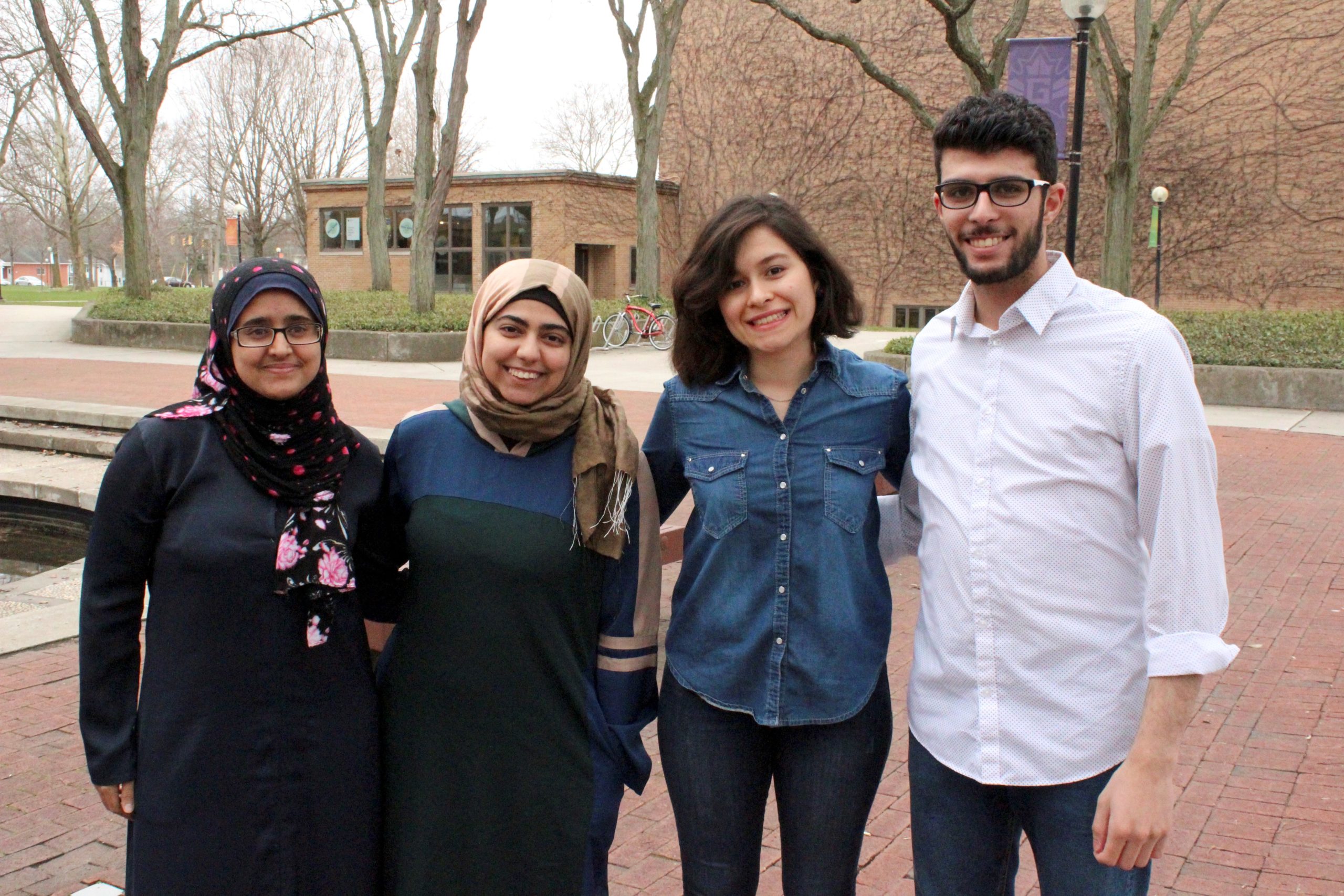 Every morning, Sara Azzuni wakes up before the sun rises. After pinning a brightly colored hijab around her face, Azzuni kneels toward Mecca–which in this case is toward the door of her dorm room in Yoder hall.

Azzuni, a second-year nursing major from Palestine, is one of five Muslim students who attend Goshen (Indiana) College. Other students include Nasim Rasoulipour, Yazan Meqbil, Alhassan Barrie and Ameera Alshuga.

According to Bob Yoder, campus pastor, 85.1 percent of GC students identify as Christians and only 1.8 percent identify as “non-Christian” faith groups, such as agnostic, Buddhist, Hindu and Islam. The other 13 percent of students either don’t identify with a faith group or didn’t answer the question on the spring 2017 student profile survey.

During Azzuni’s first year at GC, she was the only Muslim that she knew of on campus. Although she wasn’t lonely, she now finds community with other students on campus who share her faith.

Azzuni has especially connected with Ameera Alshuga, a first-year bio-chemistry student from Yemen, who also wears the hijab.

“Whenever Ameera, the other hijabi girl, talks I’m really proud that there’s another voice,” Azzuni said. “I’m so proud that there are other people who are really helping and giving Islam a real voice–not the one in [the] media…”

One of the new students is Yazan Meqbil, a second-year molecular biology/biochemistry transfer student from Palestine who won GC’s annual C. Henry Smith Peace Oratorical Contest in February. Meqbil’s speech was titled “Beyond Occupation of Mind and Body” and focused on his identity as a Muslim man in the United States.

Meqbil considers himself to be “90 percent Muslim, 10 percent just a little extra from other faiths.”

Up until the end of his high school career, Islam was a tradition for Meqbil. Every week he would go to the mosque with his family, pray five times a day and read the Quran. However, after graduating from high school, Meqbil began questioning his faith.

“I had this faith crisis where I didn’t believe in anything,” Meqbil said. But now, Meqbil identifies with Islam, as well as other faiths. For some this may seem stressful, but for Meqbil, it brings an “inner peace.”

A typical day for Azzuni includes a lot of prayer. Throughout the day, she prays five times in keeping with Muslim practice. Azzuni is a nursing student, holds three jobs and is a leader in two clubs, Campus Activities Council and International Student Club, but she still finds time to pray. Her first prayer is before the sun rises, as well as before her 8 a.m. class. Next, she prays when the sun is in the middle of the sky: Azzuni has a class before the prayer, as well as after, so she typically ducks into a classroom to pray.

The rest of the prayers take place before the sun sets, after the sunset and then before she goes to bed.

To stay on top of her prayers, she uses an app called Muslim Pros which alerts her of when she should pray, as well as which way she should kneel so that she faces Mecca, toward the east.

Meqbil prays a few times a day–after he wakes up, before eating, after eating. Meqbil noted that some may think that because he doesn’t pray five times a day he is a “bad Muslim.”

Nasim Rasoulipour, a first-year student from Iran, is also Muslim. Rasoulipour lives right down the hall from Azzuni: the two have bonded over their shared faith and culture.

Instead of praying at specific times throughout the day, Rasoulipour chooses to pray when she feels she needs to.

“I’m a Muslim, but I don’t practice it in the usual way,” she said.

Rasoulipour has been much more influenced by Mennonite culture and faith throughout the past 10 years. She was first introduced to the Anabaptist faith when a group from Mennonite Central Committee visited Iran and met with Rasoulipour’s father, Rasoul, who at the time was the director of the Center for Inter-Religious Dialogue under the Islamic Culture and Relations Organization.

“I liked [the Mennonite church’s] simplicity,” he said. “Not too many pictures, not too many fancy things around. You feel like people are actually connected to God through songs and prayers.”

Rasoulipour, who has spent a lot of time in the United States, opts to go without the hijab. Instead, dark brown curls hang right above her shoulders.

“I think that I was not spiritually ready or brave enough to wear the hijab, because I was hurt when I went to school here [earlier],” she said. “The hijab has been viewed as very bad. And it’s really sad. Some people may ask why I don’t wear the hijab if it’s not bad. It’s just a choice that I’ve made. I felt like I’d be more comfortable this way.”

For Muslim students on a Christian campus, life can sometimes be difficult.

Both Azzuni and Meqbil mentioned that sometimes they feel like their forced to be in the spotlight because of their faith.

Meqbil mentioned that he’s been asked to comment on Christian faith in classes before: “I was the only Muslim in the class and probably the only non-Christian in the class, and my professor was kind of picking on me every now and then. It was good–just comparing different religions–but it also made me sometimes uncomfortable because I did not want to answer or talk about this specific topic.”

Azzuni also confessed that sometimes she felt uncomfortable because of her outward expression of faith. She said one frustration of attending a predominately Christian college was all of the looks she received due to her hijab. However, after getting used to it, she doesn’t mind as much anymore. In fact, she appreciates the opportunity to educate her peers about her religion.

“It’s good to be different, but sometimes you’re sick of being different,” Azzuni said. “I remember a lot of last year, when people would come up and ask [about my faith], they would apologize for like, 10 minutes before asking the question…and it would turn out to be a very simple question. And it’s totally fine to ask any question because I understand that these people don’t really know anything [about my faith].”

Meqbil said, “Being different sometimes is not necessarily a bad thing. I’m sure that many students at Goshen College did not know what Islam is. When they saw Sara Azzuni last year and this year, and going around campus, being involved in activities, they at least realize that what they hear from the media about Muslims is not necessarily true.”

Meqbil said that he has been invited to several classrooms to give presentations about his faith and educate his peers. 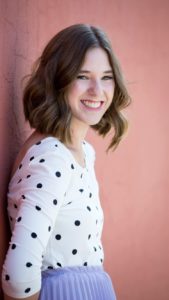 Abby King is a first year journalism and writing student at Goshen College.