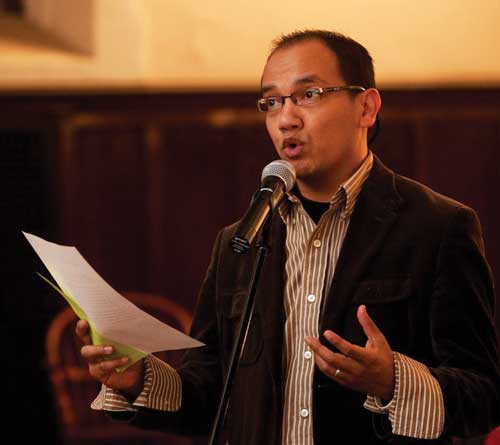 As we celebrate Easter, I am thinking of lost loved ones. Before Christ was risen, he first had to die. Anyone would be sad to lose a loved one, especially when faced with the reality that we will not see our loved ones on this earth again as they leave us to appear before the Creator.

In February, my wife and I took our then one month old son to Indonesia with the purpose of introducing him to our family. At first, we just wanted to make this introductory event simple, but one of my sisters, Yanti Rinawati, insisted on making it a big event because it coincided with her birthday. We are very happy because all went well. The event was nice, we were able to introduce our son to the family and the overall trip went smoothly.

One week after our return to the United States, I received news that that same sister, Yanti Rinawati, was admitted to the hospital in critical condition because of heart failure. We were not able to talk to her even by phone because her condition was so critical. A few days later, Yanti left us and the earth forever. My wife and I felt so sad; we cried for many days, remembering Yanti’s kindness.

Indeed, I lost my sister, but I am grateful my family and I were “prepared” more than a week before her departure; we had a

warning that her time on earth was coming to an end. I cannot imagine the feeling of Abdulhamid al-Yousef who lost his wife and 9 month old twin babies in the Syrian chemical attack two weeks ago. He had no warning. I also cannot imagine the feelings of 8 year old Jonathan Martinez’s parents, as they lost Jonathan in the North Park Elementary School shooting in San Bernandino, California, just a few days ago. We could make a long list of the people we love who have departed from us without warning. The loss of a loved one can be devastating, with or without a warning.

Two thousand years ago it was foretold to Mary. She was warned by the Holy Spirit that she would give birth to a son who would be the Savior. Her son, Jesus, healed the sick, released people from the bondage of the devil, brought positive change to the lives of many people through his teachings and the miracles he performed.

Then came the day that we do not know if Mary had a warning for. The day she watched her innocent, sinless son treated like a criminal; stripped, spat on, given a crown of thorns, whipped 39 times, forced to carry the cross he would then be crucified to death on.

What makes his story different from the others I have mentioned, different from yesterday, today and tomorrow, is that Jesus did die, but Jesus then rose from the grave on the third day. The tomb left empty to prove he was alive.

But Jesus’ story may not be that different from the others, as the word of the Lord says of Jesus that, “he who believes in him will not perish, but will have everlasting life” (John 3:16). As we remember Jesus’s death and resurrection, may we commemorate the loved ones who have left us, remember that one day we too will leave this world. The good news is for those who believe in Jesus, we will rise up and live eternally with him in heaven.

Aldo Siahaan is pastor of Philadelphia Praise Center and on staff at Franconia Conference as a LEADership Minister. This piece first ran in the April 13 edition of Intersectings.