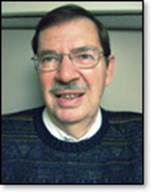 The horrific events in Paris on Jan. 8-9 give the United States and France the go-ahead to do “whatever is necessary to protect the people.”

But the international security state, designed to fight the “war on terror,” is exactly the opposite of what is needed.

It has emerged as a self-perpetuating machine for the world’s insecurity. Why do people in nations with small security budgets feel so much safer than do U.S. citizens?

With the proliferation of guns and bombs both domestically and overseas, extrajudicial decisions are being made to kill people—that is, being judge, jury and executioner—without the victims or perpetrators ever coming before a court or found guilty. Even the U.S. President reportedly approves drone kill lists! Is this what we call the rule of law?

Recently the Central Intelligence Agency’s interrogation tactics, along with the organization’s misleading of the U.S. Congress and all of us, were determined to be beyond the law.

The CIA must be closed!

Its current drone warfare program, for example, is neither intelligent nor moral. Deploying surveillance and weaponized drones to spy on and kill many innocent people is creating more enemies of the United States. It must be stopped.

Need we wait a few years for a U.S. Congressional Report to express its regret for the mistake of drone warfare after even more of our hard-earned tax dollars have been channeled to the manufacturing and deployment of these immoral instruments of war?

David Swanson of worldbeyondwar.org indicates that it would cost some $50 billion a year to end starvation and provide clean water to all human beings compared with the $1.9 trillion spent yearly on militarism–$1 trillion of it expended by the United States alone.

Because war also kills by taking spending away from where it’s needed, encouraging the passage of the Religious Freedom Peace Tax legislation in the U.S. Congress is necessary. When enacted, this bill will become a significant purveyor of nonviolence in our troubled world.

The United States could be the most loved country in the world rather than the most hated. And communities around the globe could experience more “peace on earth.”

Given the pervasive ethical bankruptcy of much of our way of life, let’s resolve to heed the words of the one whose birth we recently commemorated—“Do to others what you would have them do to you.”

Harold A. (“H.A.”) Penner, a member of the Akron (Pa.) Mennonite Church, is the Mennonite Church USA representative to the National Campaign for a Peace Tax Fund. He grew up on a dairy farm near Beatrice, Neb.. He combined a Bachelor’s Degree in business administration from the University of Nebraska with a Master of Divinity Degree from now Anabaptist Mennonite Biblical Seminary that resulted in a career as a church administrator. Professional activities have included serving two and a half years in Guatemala as the Central America Regional Representative for Church World Service, being the U.S. Program Director for Mennonite Central Committee, serving as the Business Manager/Treasurer of the Lancaster (Pa.) Theological Seminary, and being the first Chief Executive Officer of the Nazareth Project, Inc., an interdenominational organization doing medical mission work in the Middle East. Penner is married, the father of two grown children, and a grandfather of two granddaughters. His interests and hobbies include traveling, reading, current events, photography, film production, tennis, bicycling and spectator sports.