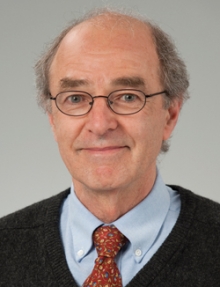 John Rempel is the former director of the Toronto Mennonite Theological Centre and a former professor of Historical Theology and Anabaptist Studies at Anabaptist Mennonite Biblical Seminary in Elkhart, Ind.

This piece is a companion to Keith Schrag’s essay, “Welcoming ‘conservatives’ in an inclusive discussion about LGBTQ persons in Mennonite Church USA.”

Increasingly people in our church are realizing an astonishingly overlooked dimension of an otherwise much-analyzed conflict. This is true in more muted ways in Canada than in the United States but clearly present in both groups.

The overlooked dimension, in my assessment, is that conservative voices have been increasingly shut out from leadership roles in the national institutions (schools, boards, publications) of our denomination. This is not to say that dissenting minorities on the left have not been shut out. Their plight is known, but that of conservatives is seldom taken note of on a national level.

The marginalization of conservatives in denomination-wide structures happened at an earlier stage of General Conference (GC) than of (Old) Mennonite (MC) life. From its origins, the GC was more congregationally structured and therefore more pliable. But on the bi-national level, liberals and conservatives vied for the dominant voice in mission, service and education boards. From the 1930’s onward, conservatives were given a majority voice in foreign missions and liberals on the others. This division of roles satisfied some but not others. On a regional level, conservatives felt that their concern for theological orthodoxy, e.g., in the Western District, was not taken into account. One outcome was the formation of Grace Bible Institute to train ministers and missionaries. Grace and part of its constituency gradually left the GC.

People like Erland Waltner in the United States and J.J. Thiessen in Canada were greatly esteemed across the church because they were theologically conservative but willing and able to work together with a broader theological spectrum. Late in his life, Waltner expressed the view that, these mediating efforts not withstanding, the GC had become more Protestant (predominantly liberal, but in some settings conservative) and less Mennonite. One of his motives for fostering rapprochement with MC’s, e.g., in seminary education, was to appropriate a deeper Mennonite identity of the H.S. Bender (Anabaptist Vision) kind.

The movement toward moderate and liberal dominance in the MC happened later and has left its mark more profoundly on Mennonite Church USA. From what I have read and heard, the turning of the tables began in the early 1960’s when the Anabaptist Vision was more and more appropriated by moderates, including diverse figures like JD Graber (mission board) and Richard Detweiler (conference leadership). It provided a set of ethical and theological categories that took the discourse out of the modernist-fundamentalist controversy. This, in turn, provided an opening for two kinds of liberals: those indebted to mainline Protestantism in their contributions to a new discourse on Anabaptism and those favoring an interpretation of Anabaptism based much more on ethical than doctrinal categories. Both of these groupings spoke of the church’s mission as a social and not an evangelistic one.

This shift in who wielded authority has been described by Steve Nolt, professor of history at Goshen (Ind.) College, as moving from bishops to intellectuals. In the world of publishing, the movement from conservative to moderate/liberal happened when Dan Hertzler replaced John Drescher as editor of The Gospel Herald magazine in the early 1970’s. In short, the banner of Anabaptism was taken from traditional conservatives like H.S. Bender’s successor, JC Wenger (Wenger’s book, Separated unto God, could be seen as the last full scale defense of outward nonconformity), and evangelical conservatives and taken on by moderates and liberals, as I have mentioned above. Some who insisted on Anabaptism as nonconformity left the MC’s in breakaway Old Order-like groups. Others stayed but were marginalized in leadership roles and were deprived of an audience within the denomination to make the case that they were also faithful interpreters of Anabaptism.

Integration largely furthered the process I have described. But one crucial matter, the 1995 Confession of Faith in a Mennonite Perspective (CoF), won the support of all the parties except extreme liberals and conservatives. This was thanks to a 10 year process led by Marlin Miller and Helmut Harder, voices for a kind of permeable orthodoxy. I cannot understand why this remarkable anomaly in the trend I am sketching has not been held up as a successful model of holding together essentials (Trinitarian faith, a high view of the Bible, a believer’s church, pacifism) while affirming diversity of interpretation. I see the discourse and the spirit through which the CoF came to be as a model that gave a spectrum of voices, including convinced conservatives, a place at the table.

For this dynamic to be replicated, all parties would need to cultivate humility and self-awareness to see how all positions are ideologically shaped. By this I mean that belief and practice questions are shaped by the encounter between the Bible and our cultural and political assumptions. This is almost too obvious to merit mention. But many people across the spectrum seem not to realize or at least admit it. I think of the liberals who equate faithfulness (often invoking a selective portrait of Anabaptism) with tolerance, total inclusion and inter-religious peacemaking. I think of conservatives who equate faithfulness with religious and social hierarchy, a strong military, and opposition to government’s role in taxing the rich to help the poor.

In the CoF, we have a model of accountable diversity within unity in essentials, a spectrum of interpretations within a permeable orthodoxy. It makes room for ongoing interpretation of classical theological and ethical categories but at the same time expects accountability to an agreed-upon core. Article 4 on “Scripture” is a good example of the model I have been outlining. It describes the Bible as, “the authoritative source and standard for preaching and teaching” (p.21), but it does not resort to confining terms like ‘inerrant’ or ‘infallible’. What matters most to conservatives is there: an authoritative Bible. But Article 4 makes room for other understandings of authority than inerrancy and infallibility.

Each type of church brings different gifts to the table. Moderates bring the willingness and capacity for meaningful compromise. Liberals bring the capacity to live with ambiguity and with matters that are presently incapable of solution. Conservatives bring a deep trust in the Bible and the Holy Spirit as sources of clear positions in matters of faith and life.

All of them need one another. All of them can live together in the shared faith that we are saved by God’s grace through the life, death, and resurrection of Jesus Christ. Our belonging to Christ and to the body of Christ is a gift that is prior to our agreement or disagreement on any specific issue.