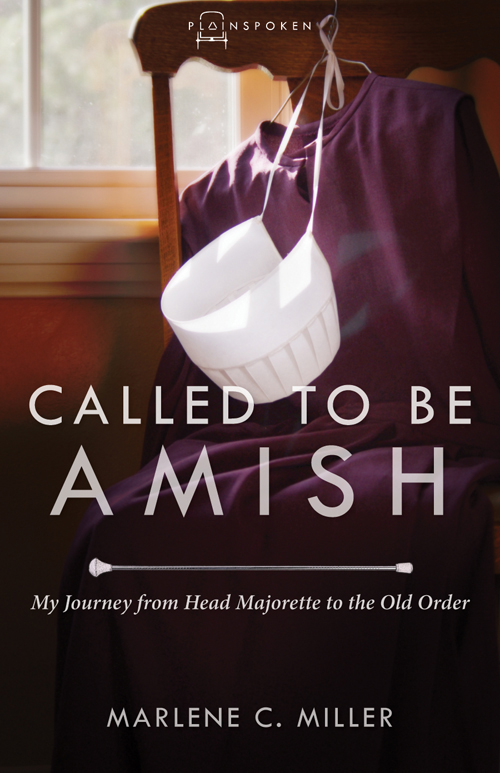 It is rare to get an insider’s view of Amish life. It is rarer to get that view from an “English” person who joined the Amish as a young woman. Author Marlene C. Miller and her husband, Johnny, are now living in the “dawdy-house,” a small house built for grandparents.

Miller came from a dysfunctional family where yelling, fighting and swearing at one another were common. Her mother stayed in bed until 10 a.m., so the children had to get to school themselves. Her father ruled with a heavy hand — holding a switch. 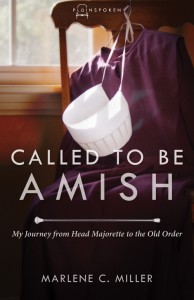 Her early life revolved around music, band and cheerleading until she met a young man at the skating rink. His gentleness and kindness impressed her. She knew he was Amish from his accent. He loved cars and baseball, and she loved being a drum majorette. They fell in love.

Pregnant, with the wedding postponed, Marlene was desperate. Johnny couldn’t give up his Amish family but agreed to marry. The wedding was followed by a honeymoon at Niagara Falls.

A crisis conversion for Marlene was the tipping point that made her willing to become Amish. “It gave me peace and contentment to adopt this lifestyle and to love my husband enough to make him happy.” She knew in her spirit that “the Lord wanted” her to be Amish.

So began the process of becoming Amish, no overnight event. Her Amish dress had to be sewn at home, not bought from a store. It had no zippers — just straight pins to keep openings closed. She needed a Kapp (prayer covering) and different shoes. And to learn a new language.

Four years and three children later, Marlene and Johnny were baptized and joined the church together. They lived “English” for a while to save money to buy a small farm. Johnny usually held an outside job because a small farm does not bring in enough income for a large family. The babies kept coming, 10 in all.

Miller keeps the focus on herself and her family rather than on the Amish and their beliefs. She shows it is not an idyllic agrarian life or a pastoral ideal but a life of hard work to make a living for a large family in today’s economy.

The close cooperation of Amish neighbors to help a family host a church service, funeral or wedding keeps them “closely knit,” she explains. Without public buildings, such events are held in homes and barn lofts. Houses have to be cleaned thoroughly and gardens and farm yards made presentable. Food for several hundred people, usually for two meals, has to be kept cold prior to the event — no mean feat without modern refrigeration.

She, a city girl, made many adjustments as she learned to live without electricity to power household appliances — all the while cooking, cleaning, milking, gardening and canning up to several thousand jars of meat, fruit and vegetables each year.

Coming from a home without order, Miller pays particular attention to the orderliness with which the Amish conduct anything done communally — from parking buggies and storing bonnets during a service to the precise order by which family members file past the casket during a funeral. Everything has a precedent, a pattern. Tradition is strong in Amish life.

She admits, though, that even for the Old Order Amish, life is changing. They regularly hire English drivers. They use public telephones. The heavy burden placed on families when hosting group events is being lessened by the ability to rent a portable kitchen equipped with extra dishes, chicken fryers and pots and pans, all borrowed from neighbors.

I found Miller disarmingly open about the downside of her Amish life: their early poverty, with children going to school with tape-covered shoe tips; the loss of farmland in a failed business venture; children leaving to get jobs elsewhere, some never returning to the Amish life; a son in prison; and farm accidents. I wondered how the Amish manage the huge expenses of a lengthy hospital stay.

At the end, I asked myself, “Would this book have enticed me to join the Amish when I was a young woman?” She presents a picture of a world of endless housework, frequent pregnancies, loss of individuality and limited access to the world of books and ideas. In exchange, she received a close-knit community in which she always had a well-defined role.

Miller saw it as a fair exchange and thrived as an Amish farm woman. She is one of fewer than 100 people who have joined the Amish since 1950 and stayed.