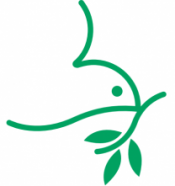 More Mennonite Church USA congregations have left the denomination or switched conferences so far in 2014 than in 2013, many citing concerns related to two conferences accepting gay or lesbian pastors.

In 2013 the total was nine withdrawals and four transfers.

“There most likely will be more,” she said.

Some churches that have voted to leave may not yet have informed their conferences. Some conferences follow a procedure where congregations aren’t officially released until a vote at an annual delegate session.

At least two Ohio Conference churches have voted to leave but aren’t yet in Kauffmann’s official count for this reason.

A few events this year have prompted a larger number of congregations than usual to discuss their membership status, Kauffmann said.

In March, 52 Ohio Conference pastors signed a letter and brought a resolution asking for Mountain States Conference to be disciplined for licensing a lesbian minister. The resolution didn’t pass, but 61.7 percent voted for it.

“Then what do those congregations do?” Kauffmann asked. So far, three have chosen to leave.

Gulf States Conference held a vote to leave that did not pass, but 60 percent were in favor of withdrawal.

Delegates appointed a task force to explore next steps. The group plans to release a report by Jan. 31, and congregations considering withdrawal have agreed to wait until then.

In March, Lancaster Conference also said it is re-evaluating its relationship to MC USA. No action has been reported yet.

“I appreciate the churches who have conversations with their sister congregations and conference leadership,” she said. “I wish that more would do that before they announce they’re leaving.”

Kauffmann noted that while much of the focus this year has been on churches leaving, interest in Anabaptist theology is building through the popularity of Anabaptist theologians like Greg Boyd and Stuart Murray.

“A number of church plants and a number of individuals are coming from outside the faith who are finding a home in Anabaptist theology and its emphasis on discipleship, peace and nonviolence,” she said.

“It makes your head spin because you wish that those who are going out the door could at least turn around and see these who are coming in.”