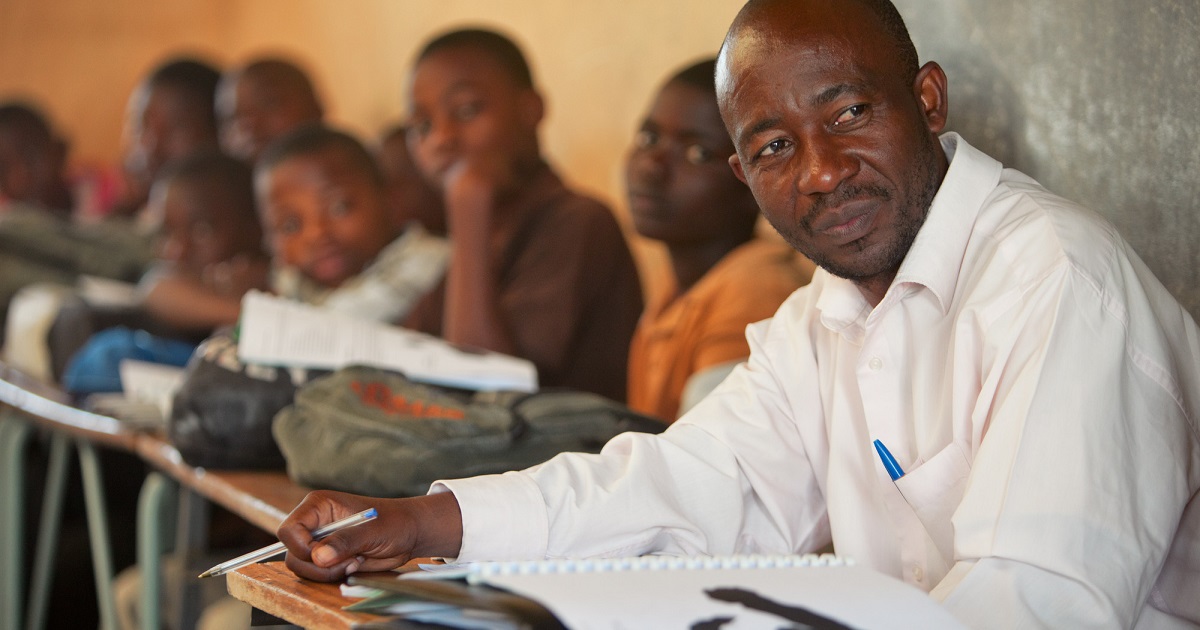 Editor’s note: This is the third in a series of five columns written by Ron Byler, Mennonite Central Committee U.S. executive director, to mark 100 years of MCC sharing God’s love and compassion for all.

Just over 25 years ago, in a 100-day period, genocide against the Tutsi ethnic group in Rwanda brought death to almost 1 million people, about 20% of the country’s population.

Several years ago, I visited a former Catholic church, now a memorial in the village of Nyamata, where 10,000 people were killed on April 10, 1994. People had locked themselves in the church and the Hutu militia broke down the doors and massacred the people in the church and in the surrounding villages.

The remains of 250,000 people are buried on the grounds of this former church. The victims’ clothing is stacked high in the sanctuary and, in an underground vault, thousands of skulls are displayed as a memorial.

When I was in Kigali with other people from Mennonite Central Committee, I met David Bucura, a leader the Evangelical Friends Church of Rwanda, an MCC partner. Bucura said there was no life and no hope in the country after the genocide 25 years ago. He said that there were churches that had participated in the killing, but when the churches decided they wanted to resurrect their peace identity, MCC was there to help. Because of MCC’s support, there is a network of peace organizations in Rwanda today.

At a gathering of MCC representatives serving in countries throughout Africa, Bucura said to us, “You (MCC) are blessed, and you are children of God.” He told us that peacebuilding is not a job, but a calling.

Today, when we describe MCC’s work as “relief, development and peace in the name of Christ,” we recognize that peacebuilding is an integral part of the equation. MCC gives priority to projects that help prevent or reduce conflict, that advocate for human rights and that are grounded in community-based trauma responses.

Rebecca Burkholder and Blaine Derstine, area directors for MCC’s work in northern and central Asia, say that rising nationalism, and how it is often linked to religion, is another reason why it is important for MCC to prioritize peacebuilding in Asia.

“When we partner with communities to end hunger, provide education, access to clean water and ensure a livelihood, we are also peacebuilding,” Burkholder says.

A food security project in northern Bangladesh includes ethnic minority groups and mainstream Bengali people. They all face the same socio-economic and livelihoods challenges but often are divided in their communities. The project brings these communities together and, at the same time, helps them increase their knowledge about food production and consumption and income generation.

In Lusaka, Zambia, in 2006, Issa Ebombolo began peace clubs in three schools to help students learn more about the principles of peace and help them address the problems they faced in their personal lives and in their communities.

His work, supported by MCC, soon embraced 32 schools in Lusaka, and then 12 Brethren in Christ schools in Zambia’s southern province. Ebombolo is now peace coordinator for MCC’s work in Zambia and Malawi. The peace club model has expanded from afterschool activities to a fully developed curriculum implemented in churches, schools, prisons and refugee camps on three continents.

Around the world, MCC is supporting similar work to help people of all ages better address conflict and prevent violence. In Cambodia, Women Peace Makers, an MCC partner in Phnom Penh, is working to bring together youth of various ethnicities to increase understanding and learn how to deal with conflict.

Today, in the COVID-19 reality, MCC’s commitment to peacebuilding includes providing hygiene items, handwashing stations and food distributions in communities displaced because of war and conflict and where access to water is a challenge and social distancing is difficult.

Unjust mass incarceration policies disproportionately impact communities of color in the United States. MCC’s peacebuilding work to combat these policies increased in urgency during the COVID-19 pandemic in overcrowded prisons and detention centers where social distancing is nearly impossible.

In Matamoros, Mexico, in the tent city of thousands of people waiting for asylum hearings just across the border from Brownsville, Texas, I met a young Honduran man (name not used for security reasons) and his family.

When he saw my MCC T-shirt, he exclaimed, “Soy Menonita,” Spanish for “I am Mennonite!” He told me about fleeing poverty and violence in Honduras, about his aunt and uncle being murdered and about his father, a Mennonite pastor, whose life is in danger because of his work with young gang members.

He is waiting for an asylum hearing that has become even more elusive because of the outbreak of COVID-19. Several weeks after I met him, back in my home in northern Indiana where I try to keep my hands clean and stay the required six feet away from others, I grieve for this young father and his family who have no choice but to wait and try to survive in the tight quarters of that tent city in Matamoros. His texts to me are becoming increasingly desperate.

For me, after meeting this young man, it is very clear that MCC’s peacebuilding work includes increasing livelihoods for people in Central American countries and addressing the violence they face, advocating for more just immigration policies in my own country, and providing humanitarian support for immigrants on the border and in our communities throughout our nation.

“Blessed are the peacemakers, for they will be called the children of God,” Jesus says. And I remember David Bucura in Rwanda who said that peacebuilding is not a job, but a calling.

For 100 years now, as Anabaptists through MCC, this has been our calling. I pray that this calling will continue to motivate us to help our sisters and brothers nearby and far away.