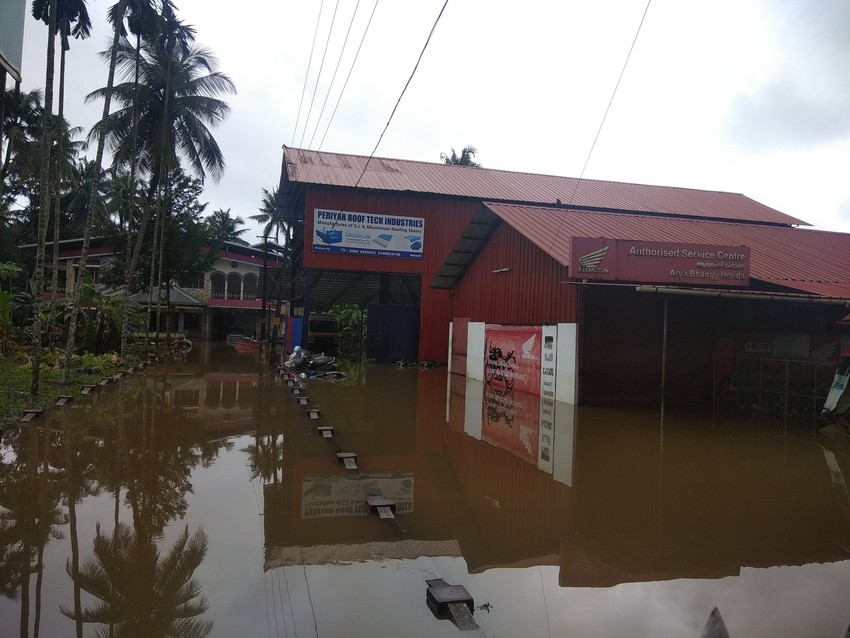 As the monsoon flooding receded in India’s Kerala State, people forced from their homes and land by torrential rains in August are returning home to see the devastation that claimed lives, buildings, roads and livelihoods.

The flooding across 13 of the 14 districts in the state is the result of what is believed to be the worst monsoon season in a century. An estimated 500 people died, and about 540,000 remain in camps and temporary accommodations.

John Bhattacharjee, MCC’s disaster response coordinator in India, says people are struggling to recover from the loss of life and property. In one case, a family of 11 was washed away by the floodwaters. A woman who wasn’t home at the time is the only remaining family member.

In partnership with Gilgal Mission Trust (GMT) in India, MCC is providing essential supplies to about 2,500 people displaced by the flooding as they return home. The president of GMT, the Rev. Paul Phinehas, and his team visited the areas hit by the monsoon rains.

“Many families have lost all their belongings, and many houses collapsed due to the landslides and are completely damaged,” Phinehas says.

Bhattacharjee says the emergency assistance will focus on what he calls “the poorest of the poor.” They are migrant workers, day laborers and other vulnerable families with limited resources to rebuild.

“They do not have savings. They don’t have money to buy food and household items,” he says.  “Some of them are busy repairing their houses, but they need to go back to work as soon as possible to earn a living. Immediate relief will allow them to emerge out of this traumatic situation.”

The relief supplies will be delivered to households during the first week of October by GMT. The mission has churches in the Palakkad District, where some church members also are dealing with the aftermath of the flooding.

GMT is a member of the Mennonite Christian Service Fellowship of India and has been an MCC partner since 2011. GMT also is an international affiliate of Conservative Mennonite Conference (CMC), a sponsoring denomination of MCC in the United States. MCC and CMC are working together to raise money for this project.