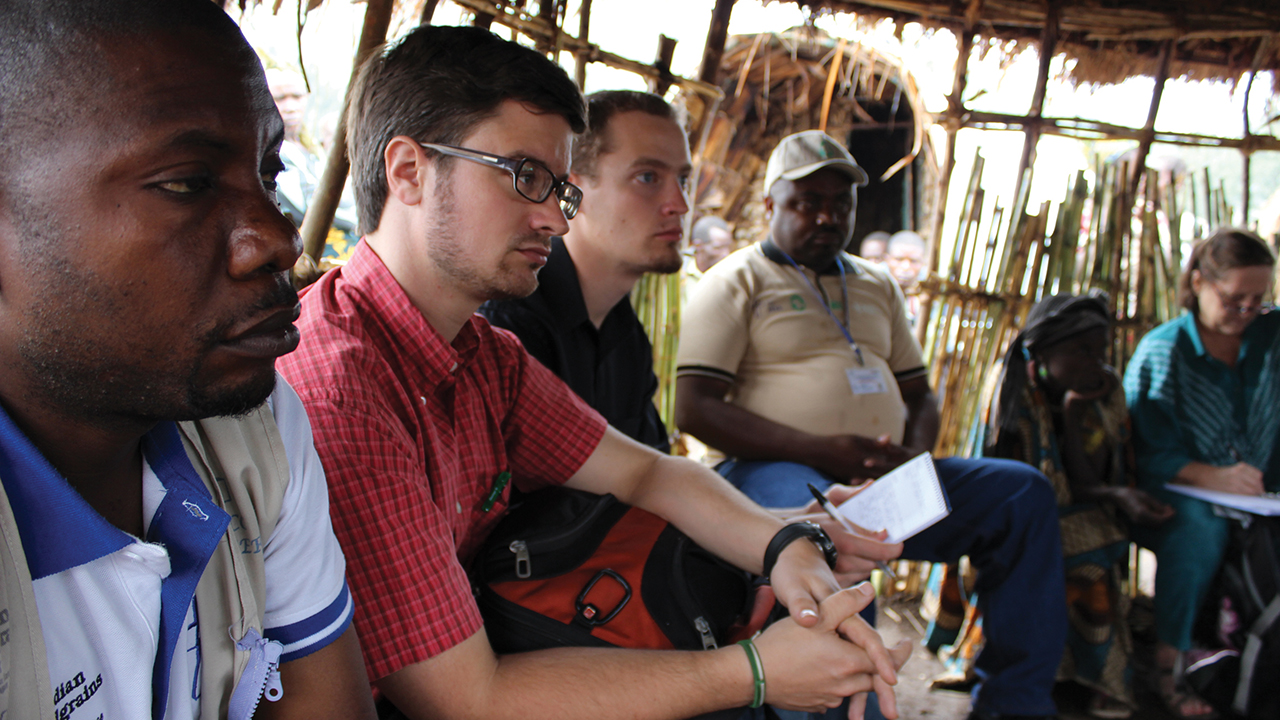 The annual award will be open to a person or organization that is an MCC partner involved in peacebuilding. It will include a monetary prize and will be stewarded by the MCC United Nations Office. The first awardee will be announced in October.

The award is named in honor of Sharp, who served in the Democratic Republic of Congo with MCC and later with the United Nations. Sharp and U.N. colleague Zaida Catalán of Sweden were ambushed and murdered by unknown assailants on March 12, 2017, in DRC. A U.N. expert on armed groups, Sharp was on his way to meet with a new militia group and to document human rights abuses. He was 34.

Sharp and Catalán’s interpreter, Betu Tshintela, also may have been killed, but today he and three motorbike drivers are still missing, according to conflicting news sources.

Prior to Sharp coming with MCC in 2012, courageous Congolese were working for many years, risking and sacrificing their lives for peacebuilding. They welcomed him, educated and connected him to networks and encouraged him. Their peacebuilding work continues.

MCC consulted with MCC Congolese and African representatives, who support the award in the name of Sharp, given his commitment to peacebuilding, anticolonial work and Mennonite peace witness. As Sharp was a young adult, MCC hopes the award will be an inspiration to young adult peacebuilders.

Mulanda Jimmy Juma, MCC representative for DRC, worked closely with Sharp. From a Congolese perspective, he said, “an award in Michael’s name is warmly welcomed. His name in this country has value, is respected, is honored, even in government circles. They have come to understand what he stood for, defending human rights of the people.”