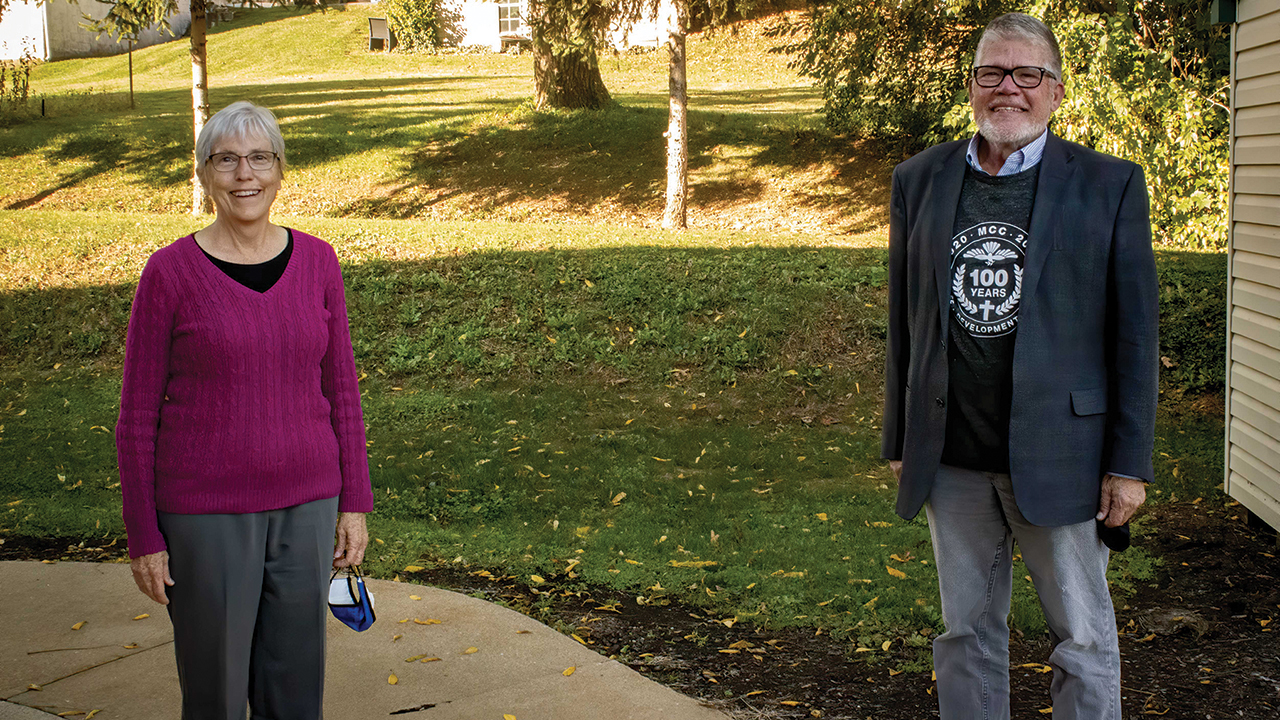 During the celebration, which he co-hosted with Hershberger and U.S. board chair Gwen White of Philadelphia, Byler said, “My understanding of the world and what it means to follow Jesus has been forever shaped by MCC staff, supporters and partners around the world and here at home.”

Byler had led MCC U.S. since July 2010 and was a board member from 2006 to 2010. In the staff role, working in the past year with Hershberger, he oversaw all MCC U.S. programs and operations and, with his Canadian counterpart Rick Cober Bauman, all MCC international work.

Byler was recognized for his determination to draw MCC and the churches that support it into closer communion. Hershberger said, “Ron loves the church and nurtured MCC’s relationship with the denominations. He leaves this legacy.”

Prior to her staff role, Hershberger had served on MCC boards since 1996, including chairing the MCC East Coast board and later the MCC U.S. board. In 1983 she and her husband, Jim Hershberger, were MCC workers in El Salvador. They were MCC representatives in Nicaragua from 1985 to 1990 and served there again with MCC from 1999 to 2000.

Byler shared a few of his most vivid memories of 10 years with MCC:

— Visiting a village in India where a new water system brought clean running water for the first time. “Women said they no longer had to walk a mile for water,” he said. “There was enough food to eat; enough to sell in the marketplace.”

— Receiving thanks from the Chaldean Catholic sisters who operate Kids’ House preschool in Ankawa, Iraq, which cares for children displaced by war. “A few years later these sisters turned down a grant from MCC,” he said. “They felt others could use it more.”

— Hearing Cassien Ndikuriyo of MCC partner Help Channel Burundi speak at a distribution of MCC canned turkey to returnees who had earlier fled turmoil in that country. Ndikuriyo, who had visited the MCC Material Resources Center in Ephrata, Pa., shared about the story of the canned meat and the people who made it possible. Byler recalled Ndikuriyo saying, “This is not just a can of meat. This is a can of love from Christians in North America.”

— Hearing from former MCC board leader Bill Braun of the community-building power of a blessing service at Willow Avenue Mennonite Church in Clovis, Calif., for MCC kits prepared for people detained at the Mexico-U.S. border. Braun told Byler, “Thanks to MCC for including us and making us a better congregation.”

Braun told Byler of the prayer the pastor prayed at the service: “Breathe in and receive God’s love. Breathe out and share God’s love.”

Byler said, “For me that describes MCC at its best.”