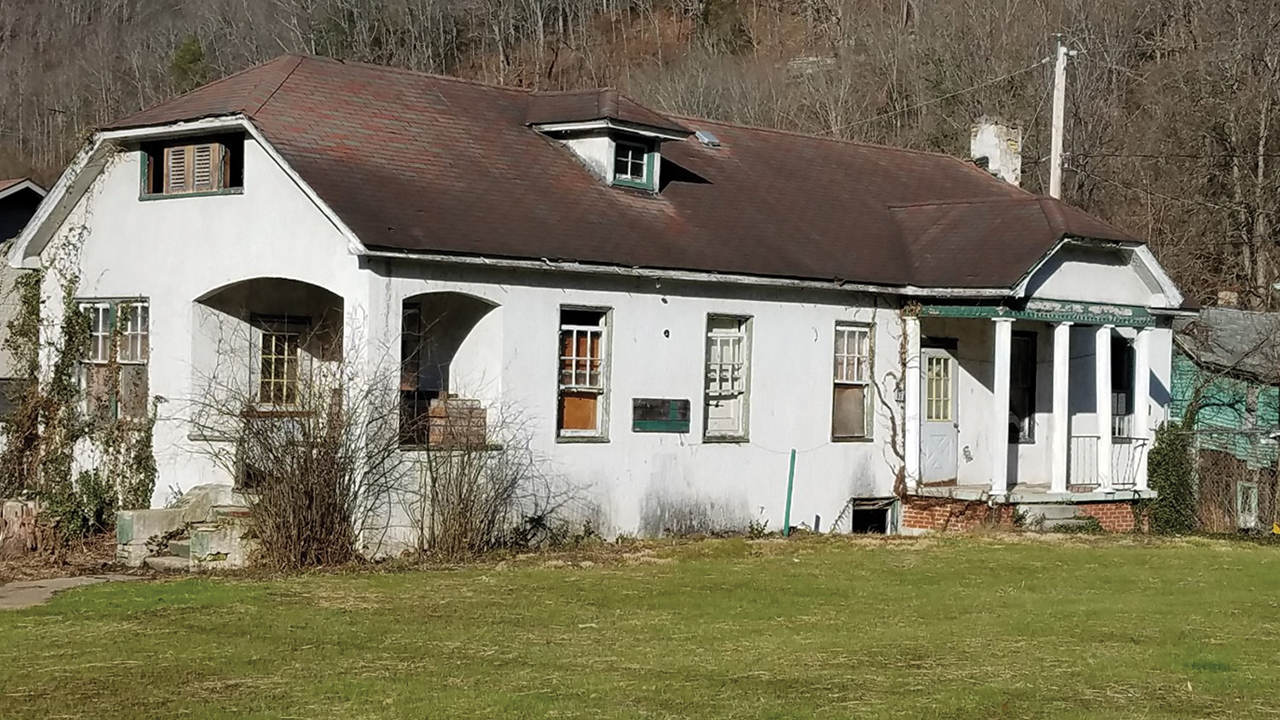 This building and adjacent land, which Mennonite Central Committee purchased in December 2019, were the site of Henrietta Dismukes Hospital and Nurses’ Home, one of the largest privately owned African American hospitals in the United States. — Kristin Overstreet/MCC

When Kristin Overstreet visited Kimball, W.Va., in February 2020 in her new role as Appalachia program coordinator for Mennonite Central Committee Great Lakes, she didn’t realize she was stumbling into forgotten history.

Overstreet, a former history teacher, found that land recently purchased for MCC’s Sharing With Appalachian People program, known as SWAP, once was the site of a historic Black hospital.

During its two-year existence in the 1930s, the Henrietta Dismukes Hospital and Nurses’ Home was one of the largest privately owned African American hospitals in the United States.

Henry Dodford Dismukes, a Black physician and surgeon, founded the hospital in 1930. Named for his mother, it served Black patients until 1932.

The hospital was remarkable for its time, with the latest technology, 50 beds for patients and five nurses.

The hospital’s story illustrates the determination of a Black physician to overcome prejudice and unfairness.

Dismukes contracted with the Bluefield Sanitarium, a nearby white hospital, to treat African Americans for $3.50 a day. Bluefield sent the patients, many of them victims of coal-mining accidents, to Dismukes because it was not willing to treat people of color long term.

But Dismukes received none of the promised payments. He filed a lawsuit against Bluefield Sanitarium for $150,000, the largest suit by an African American against a white corporation at that time.

The state Supreme Court ruled against Dismukes, but a lower court awarded him $4,070 in damages. Appeals for additional funds were not successful.

The financial strain, coupled with the Great Depression, led to the hospital’s closure in 1932.

Prior to founding Dismukes Hospital, Dismukes was head of the surgical team at Harrison Memorial Hospital, the first privately owned African American Hospital in West Virginia. Roscoe Conklin Harrison founded the hospital in 1908 when he was refused privileges to practice medicine in white hospitals.

As time passed, the property’s story was largely forgotten. Local residents referred to the area as the old Bralley Apartments, and there was speculation it once had been a hospital. But its name and the details of its history were unknown until Overstreet began doing research.

MCC signed the deed to purchase the land in December 2019 for use with the Kimball site location of SWAP, MCC’s home-repair program. By the time SWAP acquired the land, the building that was once a hospital and later apartments had burned down. The building that remains had been the nurses’ home.

“As an organization committed to antiracism, MCC Great Lakes holds this story as a sacred trust,” said Eric Kurtz, MCC Great Lakes executive director. “We celebrate the legacy and the incredible resilience of people like Dismukes, Harrison and the African American nurses who worked here.

“At the same time, we lament Jim Crow segregation that prevented Black people from getting treatment in other medical facilities and the racist treatment of Dismukes that led to the closure of the hospital. I hope that shedding light on this story can lead to a better future for all people.”

The West Virginia Preservation Office has confirmed the property is eligible for inclusion in the National Register of Historic Places. SWAP is forming a committee of local residents and MCC staff to discuss how to honor this history. Staff are working to locate descendants of Dismukes and the nurses who worked at the hospital.