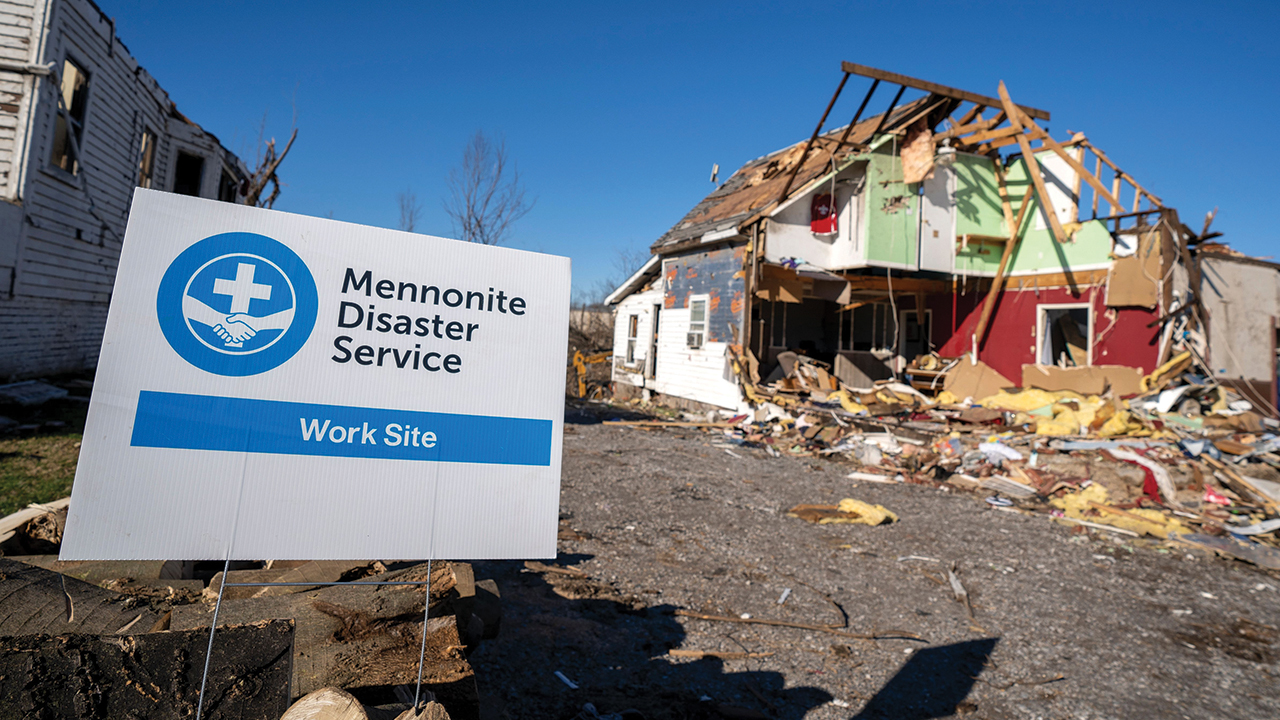 Mennonite Disaster Service began hauling away debris in January from Mayfield, Ky., where more than 300 homes were destroyed by a December tornado. — Paul Hunt/MDS

Tornado survivors in Mayfield, Ky., worked alongside volunteers from Mennonite Disaster Service as they hauled away the heaviest debris in freezing temperatures in January.

Deadly storms and tornadoes tore through five Midwestern states Dec. 10-11, killing at least 90 people, with the most severe devastation in Kentucky, where entire towns were leveled.

“Thank God the trees that fell on my house really kept the whole house from blowing away,” said resident Francisco Rios.

The outbreak of 71 confirmed tornadoes caused an estimated $4 billion in damage. The strongest winds, which reached 190 mph, occurred in western Kentucky.

MDS is working with Homes and Hope for Kentucky, a disaster-­recovery group that is helping MDS find those most in need.