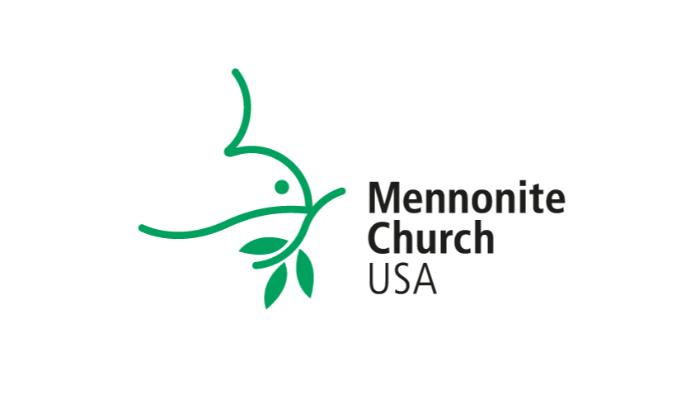 Representatives from Mennonite Church USA’s Executive Board (EB) staff have contracted with D. Stafford and Associates (DSA) to conduct an investigation into responses by Virginia Mennonite Conference (VMC); and Lindale Mennonite Church (LMC), Linville, Va., to abuse allegations against Luke Hartman, former vice president of enrollment at Eastern Mennonite University (EMU) in Harrisonburg, Va. EMU, under the oversight of Mennonite Education Agency (MEA), is also working with DSA under a separate contract.

The investigation is underway and will include interviews with personnel from VMC, LMC and EMU, the entities involved in responding to abuse allegations against Hartman.

Representatives of EMU, EB staff and MEA chose to hire DSA after reviewing proposals from four organizations, including GRACE (Godly Response to Abuse in the Christian Environment), which had initially been recommended by Mennonite Church USA’s Panel on Sexual Abuse Prevention.

On Aug. 3, the Panel terminated their participation in the investigation process, stating: “We cannot affirm the process that resulted in the selection of D. Stafford and Associates for EMU, or any process that does not involve Lauren.”

Lauren Shifflett, who brought the complaints against Hartman, has declined to participate in the investigation, and so has Hartman.

In Aug. 16 and 31 blog posts at Our Stories Untold, Shifflett and her sister, Marissa Buck, wrote about their reasons for declining to participate in the investigation. In an Aug. 3 email, Buck and Shifflett expressed their discomfort with the selection of D. Stafford, writing, “Because Lauren and her advocate, Barbra Graber, were excluded from the process, we have no way of knowing if DSA is a good choice, one that will protect victims instead of the institution that is paying them. We have no way of knowing if they understand the moral/ethical responsibility of church leaders or whether they will simply look at the abuse from a legal perspective.”

“In the selection process of the investigating firm, we failed to provide Lauren with the information she needed and to take her concerns into account,” says Ervin Stutzman, executive director of Mennonite Church USA. “I am sorry and genuinely regret that this happened. Lauren and her family have chosen not to participate in the investigation, and we understand that decision is a result of our mistakes that broke her trust with us and with this process.”

Stutzman continues, “I am grateful that she has supportive family members surrounding her during this time, and that she has found advocates who have accompanied her and stood with her, when so many others, including myself, have broken her trust and let her down.”

DSA, a firm based in Rehoboth Beach, Delaware, will produce a public report and recommendations answering the following questions, according to their contract:

The report will be written by the investigative organization and made public without any interference or editing by Mennonite Church USA or by the institutions being investigated, and will be provided in advance to those who have brought allegations before it is made public. The report is expected to be published by the end of November.

According to Stutzman, DSA brings the following strengths to their task: DSA is completely outside the Mennonite world, with no discernible bias regarding the current situation; DSA has conducted investigative services for hundreds of victims of sexual assault, stalking and intimate partner violence, DSA’s investigative team has training in investigating sex crimes, domestic violence and dating violence and conducting trauma-informed investigations; and DSA has full-time employees who are available to complete the investigation and the reporting in a relatively short amount of time.

After the report from DSA is published, the FaithTrust Institute, an organization recommended by the panel, and whose founder, Marie Fortune, is listed in the resource appendix of Mennonite Church USA’s Churchwide Statement on Sexual Abuse, will provide a two-day consultation for Virginia Mennonite Conference with the following emphases:

“I resonate with FaithTrust’s values,” says Iris de León-Hartshorn, director of transformative peacemaking for Mennonite Church USA. “In their work, FaithTrust aims to resource faith communities as they learn what it means to be safe and trustworthy spaces for victims and survivors. As Mennonites,” de León-Hartshorn continues, “our priority is learning what it means to be worthy of trust by those who have experienced sexual abuse and sexualized violence within our own communities of faith.”

Panel on Sexual Abuse Prevention sets priorities for the future

On Aug. 26-27, 2016, the Mennonite Church USA Panel on Sexual Abuse Prevention met together with Executive Board (EB) staff representatives in Elkhart, Indiana, to review the panel’s work over the past eight months, reflect on its role and relationship to denominational staff and determine priorities for its ongoing work.

Ervin Stutzman, executive director of Mennonite Church USA, and Carlos Romero, executive director of Mennonite Education Agency (MEA), jointly appointed the Panel on Dec. 1, 2015, for a two-year term that will end in December 2017. But in January 2016, before the panel had the opportunity to begin its work, news broke of Eastern Mennonite University administrator Luke Hartman’s arrest and the EB staff requested the panel’s assistance in responding.

“Looking back, we see that our request took them away from their initial work of developing processes for reporting sexual abuse/misconduct cases, providing resources for working with victims and educating our church on sexualized violence,” says Iris de León-Hartshorn, director of transformative peacemaking for Mennonite Church USA and staff adviser for the panel. “The EB staff regrets the confusion it has caused regarding the panel’s mandate.”

The panel’s mandate is to help the church carry out the commitments described in the Churchwide Statement on Sexual Abuse, which was passed by the Delegate Assembly of Mennonite Church USA at its 2015 biennial convention in Kansas City. The panel is accountable to the delegates through their work to carry out the churchwide statement; to survivors and potential victims of abuse across the church; and to MEA staff and EB staff to whom they report.

The following goals were developed together with EB and MEA staff:

The panel remains committed to its original mandate.

“We see that we’re on the verge of a cultural shift within our denomination and in broader society regarding sexual abuse awareness and prevention. As a panel, we want to work to usher in that change,” says Anna Groff, chair of the panel. “Our primary priority at this point is outlining a process for responding when a complaint arises against a non-credentialed leader. We also will continue to work at education through blog posts, webinars and more. We welcome input from victims/survivors, lay people and leaders as we move forward.

“The panel’s work is crucial in our efforts to put legs on the Churchwide Statement on Sexual Abuse,” de León-Hartshorn says. “It is important for churchwide institutions to have a group of experts recommend and help put in place some major pieces where there are gaps—such as reporting processes, educational material on sexualized violence and how to better work with victims. We are hopeful the panel’s work will help the church become a sanctuary for reporting and outlining restorative processes for justice and ways to support victims as they find healing.”

Up-to-date information regarding the panel and its work, as well as resources for prevention and response to sexual abuse in the church can be found at mennoniteusa.org/psap.