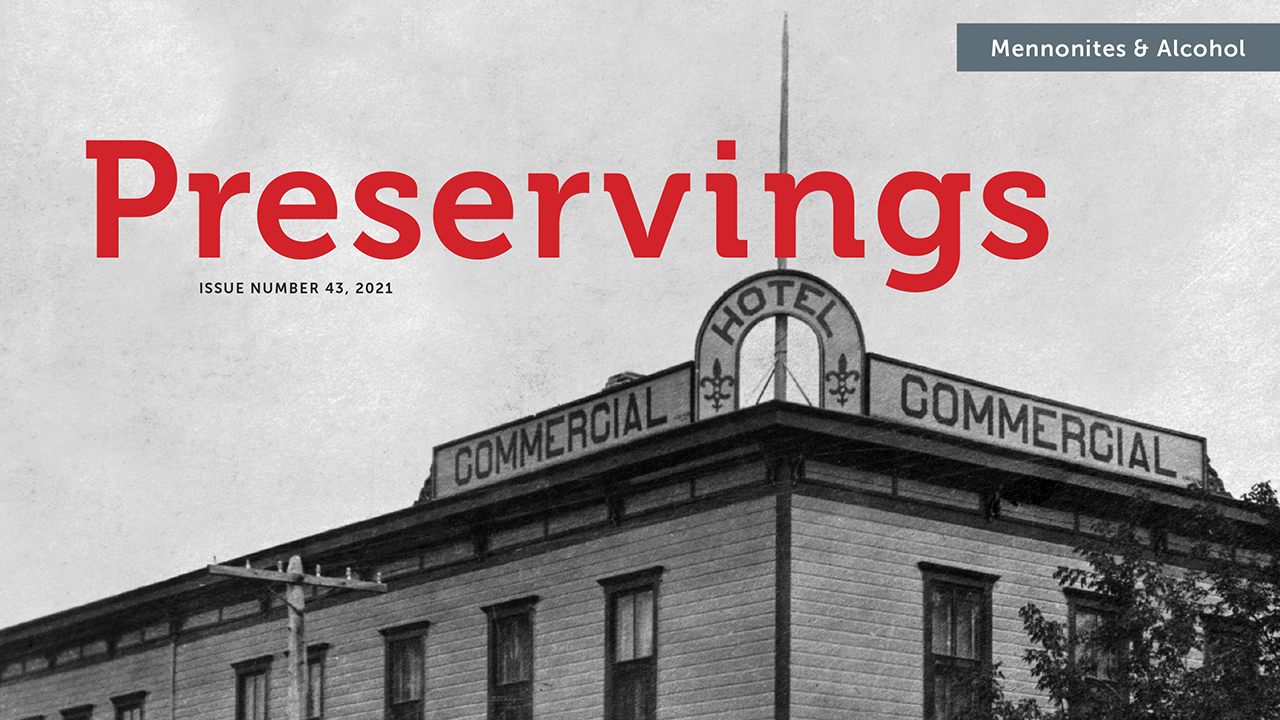 There’s a new brewery in Steinbach, the first one in that southeastern Manitoba city.

In December, The Public Brewhouse and Gallery opened on Main Street. This might come as surprise to some who think of that Mennonite-dominated community, along with Winkler, as being dry and dour places when it comes to alcohol.

While both places have, in fact, been dry for long periods of time, Mennonites in Manitoba have a complicated and interesting relationship with alcohol — something noted Dec. 9 at a webinar, “Mennonites and Alcohol: A Historical Perspective.”

The webinar was held in advance of the publication of a special issue on the topic in Preservings, a magazine about Mennonites in Manitoba published by the Plett Foundation.

“We had never explored this issue in the magazine before,” said Friesen, noting the subject of alcohol touches a number of relevant issues for Mennonites such as religion, church discipline, family life, politics and economics.

Although drinking — or prohibitions against it — were enmeshed in daily life, historians “aren’t always good at telling those types of stories,” she said.

During the webinar, speakers noted Mennonites have a reputation for being against alcohol, but that wasn’t always the case.

Starting in the 16th century, Mennonites in the Vistula Delta of Prussia were famous as distillers.

When they went to Russia in the 18th century, among the privileges they negotiated was the right to distill liquor.

By the 18th and early 19th centuries, there were quite a number of distilleries and brewers of beer among the Mennonites of North America, as well.

The idea of Mennonites being teetotalers is a more recent phenomenon, the result of temperance and fundamentalist movements in the 19th and 20th centuries. The idea arose that Mennonites didn’t drink.

In fact, Werner said, Mennonite acceptance of alcohol was only interrupted by the temperance movement — a movement the rest of Canada dropped fairly quickly, but that hung around in some Mennonite communities for a while longer.

Proof that temperance was not as widespread in Manitoba as some might have thought has been uncovered by Sawatzky — quite literally.

During archaeological digs at Mennonite homesteads in southern Manitoba, he found many liquor bottles — gin, wine and beer — discarded by the former inhabitants.

From this evidence, he said, it is clear that “alcohol consumption was not uncommon,” even if it was preached against in churches and fought over in referendums.

The issue of Preservings about Mennonites and alcohol can be ­ordered at plettfoundation.org/preservings. The webinar can be viewed at youtube.com/watch?v=CURvdjn0ziA.