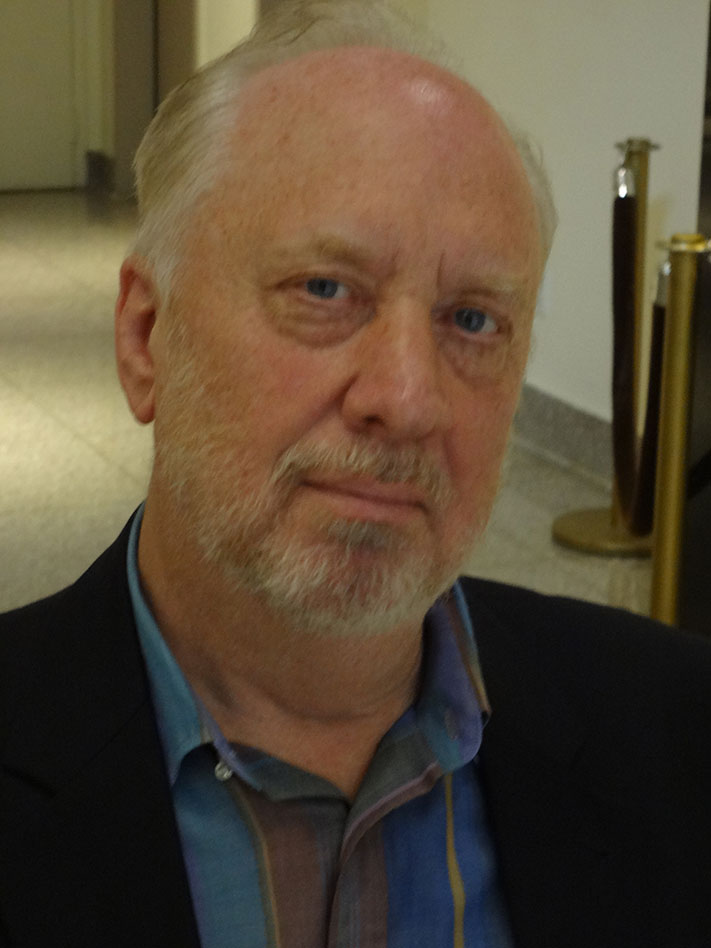 I know a thing or two about the power of fear. I was grounded by a fear of flying many years ago. I traveled to Europe twice in a cheap cabin deep in the belly of the Queen Elizabeth 2, near the rumbling engines, because I couldn’t bring myself to get on an airplane. With the help of some good counseling, I eventually overcame that fear and have since flown many times to the Middle East and elsewhere around the world.

But often I still feel a tiny echo of that fear when I get on the subway to JFK airport to board a flight. And I still have a bit of what is perhaps a related fear: my fear of elevators. Just the other day I had a meeting on the 25th floor of a Manhattan skyscraper. I thought about not going because of the high floor, but I went ahead and pushed myself and went. I felt a twinge of fear as the elevator door slid shut and we began our long, quiet journey up and up. I was glad when we finally reached the 25th floor, and I stepped off. I’m proud to report I was able to focus on the meeting instead of obsessing about the stratospheric altitude I had achieved.

My own struggle with these garden variety personal fears have convinced me that we’ve become a nation consumed by irrational fears—not of elevator cables snapping but of Muslims attacking us. Sadly, even our Supreme Court, which, one would assume, is made up of highly mature individuals, has succumbed to the climate of irrational fears we now live in. On June 26, they yielded to their own irrational fears by issuing a misguided ruling of tragically historic proportions that prevents Muslims from entering the United States.

What would Mr. Rodgers do? I was moved by the new movie Won’t You Be My Neighbor? about the late children’s television host. The greatness of Mr. Rodgers was that he allowed children to acknowledge their fears and did not disrespect them for being afraid. But he also challenged children to move beyond their fears by trusting themselves and other human beings so they could hold their fears in check and live vibrant, creative lives. And, one surmises after seeing the movie, his deep Christian faith helped him deal with his own fears.

I wish Mr. Rodgers had had a chance to meet with the Supreme Court before they made that tragically wrong decision to submit to their fears and ban Muslims. Indeed, I wish Mr. Rodgers were back to help our nation deal with our irrational fears of the Middle East and Muslim world.

I wish Mr. Rodgers were here, but he’s gone. Compounding our dilemma as a nation is the fact that the grace-filled style of Christianity Fred Rodgers represented as a Presbyterian minister is in decline, and the unhappy, fear- and guilt-based misunderstanding of faith by fundamentalist Christians has been growing in influence the past half century.

Mr. Rogers is gone, and we’re going to have to figure this out on our own. So let me tell you a true story. Back in 1998, I happened to be in Baghdad as a humanitarian worker, and I endured four nights of American bombing during Operation Desert Fox. I was all alone and afraid—terrified, in fact—for four nights as “Christian” Americans dropped bombs near me as I huddled in a fetal position in the bomb shelter of a hotel near the Tigris River and prayed with a fervor I’ve never prayed with before or since. Contrary to what many conservative American Christians may try to persuade you, it was the Muslim hotel staff who helped me by urging me to get away from the large plate glass windows of my room (the shattering glass from a bomb blast could have killed me) and go down to the bomb shelter, where they brought me tea to comfort and reassure me. They were, as Mr. Rodgers might have put it, truly my neighbors.

In the climate of fear we live in, I invite you to step away from irrational fear toward trust. Somewhere, in this multicultural world we live in, there’s possibly a Muslim somewhere in your circle of contacts. How about giving him or her a call and inviting them for coffee? Don’t worry about finding the right thing to say; you’ll find plenty of good and interesting things to talk about. Give it a try. After all, it’s the neighborly thing to do.

Mel Lehman is a deacon in Manhattan Mennonite Fellowship in New York City. He directs Common Humanity, which works to build understanding, respect and friendship with the Middle East and Muslim world through Iraqi refugee art exhibits. He blogs at CommonHumanity.org