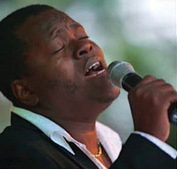 HARRISBURG, Pa. — A 19-member international ensemble of singers and instrumentalists has been selected to lead the morning and evening worship each day at the Mennonite World Conference assembly July 21-26 in Harrisburg.

“During the next few weeks, we’ll be learning each other’s stories,” said Marcy Hos­tetler, leader of the group. “It’s so important to love and respect the people you work with.”

The 11 vocalists and eight instrumentalists come from India, Congo, Ethiopia, Germany, Mexico, Spain, Indonesia, Colombia and the U.S. Seven of the instrumentalists live in south-central Pennsylvania.

“We wanted the instrumental ensemble to be able to rehearse well before the rest of the group arrives so we have a strong foundation,” Hostetler said.

The group was selected from musicians who submitted resumes, sound clips or YouTube links, plus references.

“We had many talented applicants, but we looked at more than their musical ability,” she said. “We wanted to represent all the continents. We wanted gender balance.”

“We’ll get together about four days ahead of the conference to rehearse together, to become acquainted — and to become a group who can lead all who attend in wonderful worship,” Hos­tetler said. “Of course, we’ll be singing in a variety of languages, which requires special effort, too. One of the criteria for being in the group is being able to communicate in English. We need at least one common language.”