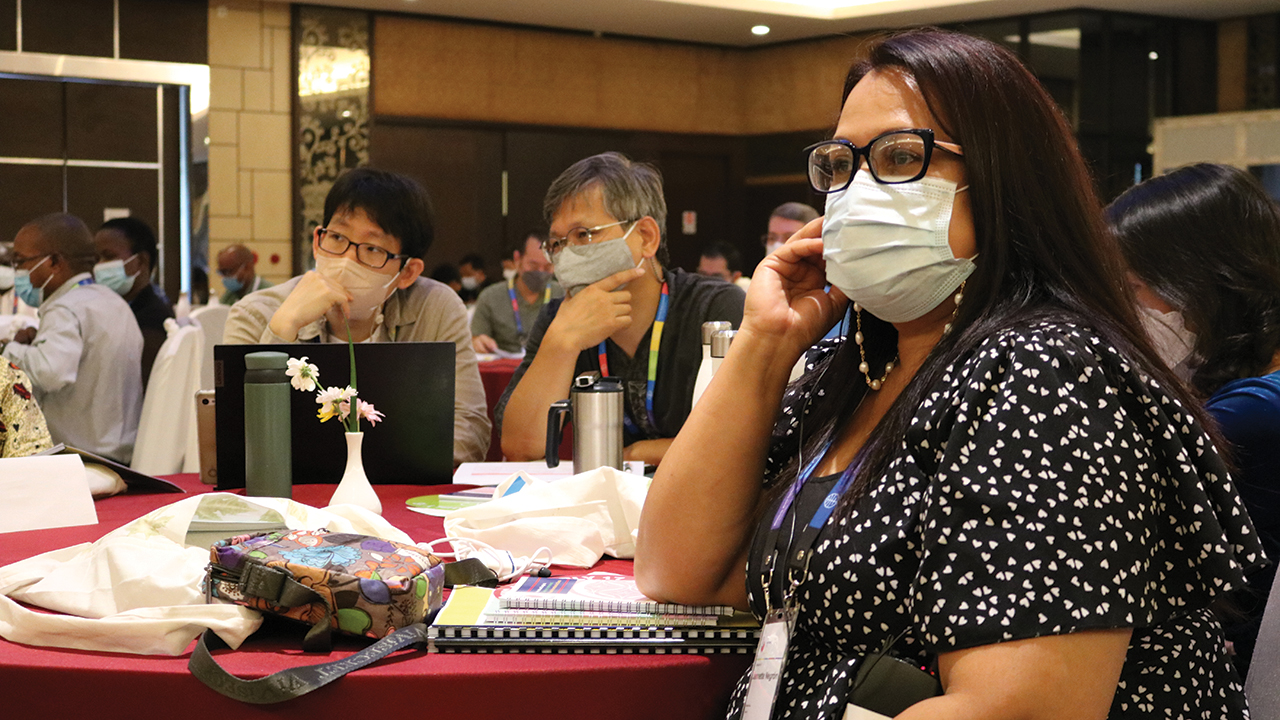 After an unscheduled day of rest July 3, council members affirmed the new chairs of its four commissions and the appointment of Lisa Carr-Pries as vice president to finish the term of Rebecca Osiro, who stepped down due to family commitments.

This brings MWC’s membership to 109 national churches and one international association.

Delegates authorized the Executive Committee to decide on the remaining proposals.

“There was positive response from the churches that asked for a name change when MWC explained this process,” Roth said.

Delegates were instructed to take the suggested name to their church leaders and direct feedback to the Executive Committee. The proposed name will come before the General Council in 2025 for final discernment.

Among other proposals from the commissions, a Declaration on Conscientious Objection, shaped by the Peace Commission, arose from petitions from churches regarding the struggles they face, said Andrew Suderman, Peace Commission secretary.

“We have a long history of Mennonites declaring themselves as conscientious objectors to war, to [military] service, to conscription,” he said.

Glen Guyton, executive director of Mennonite Church USA, who withdrew from the military after becoming a Mennonite, said the declaration would have been helpful in documenting his beliefs during the withdrawal process.

The Faith and Life Commission commended a report on baptism, which came out of a trilateral dialogue among Mennonite, Lutheran and Catholic leaders and scholars between 2013 and 2017. César García, MWC general secretary, encouraged General Council delegates to study the document in their communities.

During sessions on life in the global church, leaders shared and members prayed.

“We feel that we are the forgotten people and the forgotten country,” said Myanmar church leader Amos Chin. “The most difficult time and turmoil in Myanmar is the great door that God has opened for evangelization. This is the most rewarding time of our mission field. We don’t request financial support, but we believe . . . prayer can make a difference. We cling to your prayer.”

“Nothing is outside the unity that will result from God’s grace — no person, thing, nothing,” he said. “May we in MWC be instruments contributing to, rather than stumbling blocks impeding, the unfolding and fulfillment of that divine plan.”