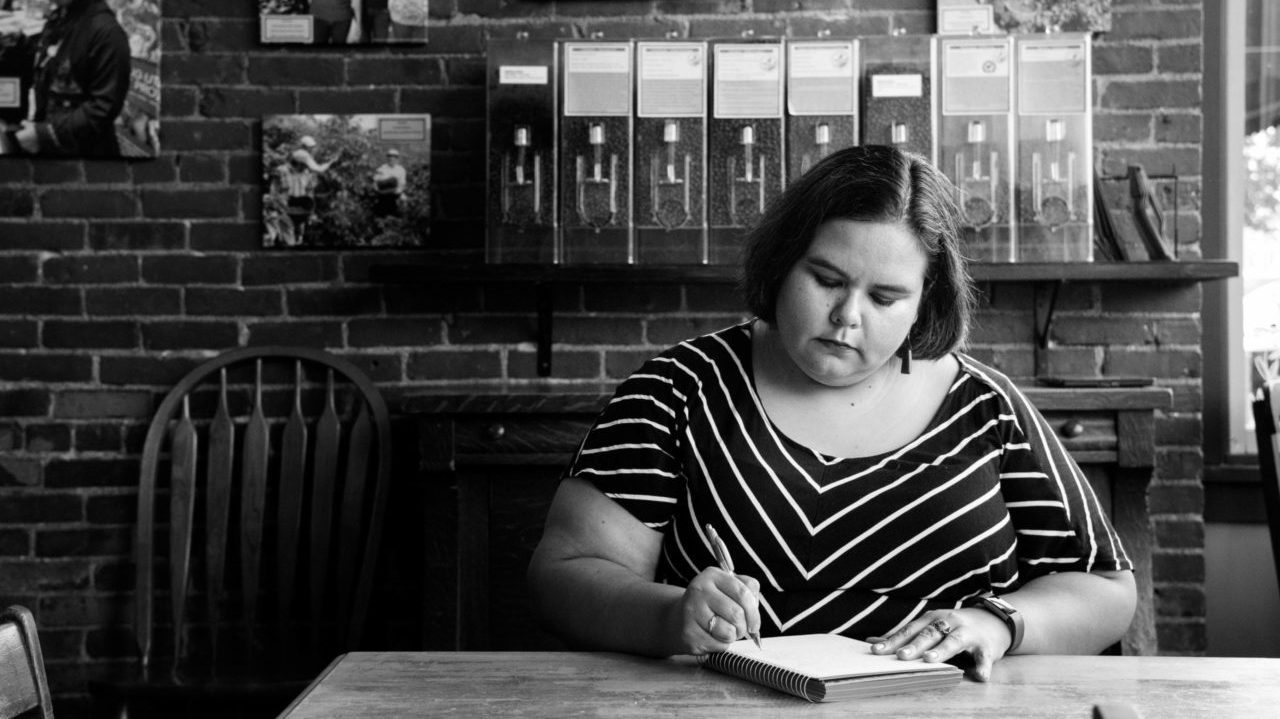 This article comes from the October issue of The Mennonite, which focuses on “Loving Enemies.” Read more reflections online or subscribe to receive more original features in your inbox each month.

I’ll never forget when I became a pacifist. I was 12 and not a part of a church. My dad bought an old VHS tape for us to watch of the movie Friendly Persuasion, starring Gary Cooper. Cooper plays a Quaker man whose family refuses to engage in violence, including enlisting in the military during the Civil War. His reason, he says, is that the Bible teaches us to love our neighbors and enemies. He labels his belief “pacifism,” and I knew I must be a Quaker, or at least a pacifist. Even though Cooper goes on to fight in the war, I knew I had encountered a theology I agreed with.

When I became a Mennonite, I was pleased to find that pacifism was a core belief. This was quite a transformative theology to have, regarding an enemy, for instance, with the same love as we have for ourselves. At first I found this easy. As a teenage Mennonite, I tried to see people I didn’t like the way God would see them. It transformed me. As I grew into young adulthood with a strong personality, I encountered many people who fit into “enemy” territory. After particularly fractious encounters, I would take a step back, breathe and remember that this person was a beloved child of God. Most of the time, I was able to take the high road and remember Christ’s teachings. I thought, Maybe I wasn’t so different from these “enemies.” Weren’t we all just trying to do our best at any given moment?

A new concept of enemy entered my life when I turned 31. I had moved to work in Washington, D.C., as a case manager to the chronically homeless and severely mentally ill. I loved my clients, and I loved my job. I saw what I was doing as a different type of pastoral ministry. Then something terrible happened.

A few months into my job, a client of mine sexually assaulted me while I was in his home delivering groceries. I did everything I had learned to do as a woman living in a world where this happens to one in four of us at any given point in our lives. I told my sex-crimes detective I wanted to press charges. I thought this would bring me justice. I looked to the criminal justice system for my salvation, and like many of survivors of sexual assault, it let me down immensely.

This man was my enemy. He had personally wronged me in such an intimate way, and I hated him. I wanted him locked up and for him to spend the rest of his days rotting in a jail cell. But this was not to be. After a week on a psychiatric hospital unit, he was released and continued to be a client of my nonprofit agency. I didn’t have to work with him again, but knowing that he was still around and that he was a short drive from my home caused me anxiety.

All my highly held theology, the entirety of my seminary degree and my lifetime of being taught to forgive and forget was tossed out the window and replaced with anger, hatred and a desire for vigilante justice. I dreamed of breaking into his house and hurting him, or maybe just scaring him. My blood boiled every time I drove by his apartment. I wanted horrible things to happen to him, and I sat with these feelings for a long time.

I soon entered counseling, where I found healthy ways to deal with my anger. I took medication that lifted my mood and helped me see the good in life again. I met with friends as well as my pastor to talk about what happened and, bit by bit, I began to heal. But I did not address what the sexual assault did to me in regard to my faith. I avoided thinking theologically about this, as I didn’t want my faith in God to be tainted by this life event.

This didn’t last long, as I am wont to think theologically. “Loving one’s enemies” was the mantra in the back of my mind every time I tried to reconcile what happened with what I believed to be the moral character of God. I knew that what had happened to me was not God’s will but the choice of an ill man. I could not “love” this enemy. And I didn’t know why.

Loving myself didn’t come easy, and honestly, it’s still in process. But after I started loving and forgiving myself, old hurts and grudges from years past started to melt away and become less and less painful. I was able to see others the way my young adult self did: flawed but ultimately a child of the Creator. I was careful in dealing with people who had wronged me because I hadn’t forgotten what happened, but I could forgive them and allow myself the freedom to move on with my life.

This left me thinking of my assailant. I drew on strength from my community, the empowerment and joy I found in music and my faith in an all-powerful God to release this man from the tangled roots of my mind and the snares of my anger and wrath. I imagined the roots unraveling from the image of this man and replacing themselves in rich soil, thereby anchoring me more firmly in the ground. The snares of my anger and wrath were pulled out of his skin and transformed into leaves and greenery to show strength and life. I released this man. I released him to God.

To think about loving and forgiving my enemy, my assailant, is a bit of a stretch for me at this point if I’m being intellectually and theologically honest. I respect the love God has for this man, but I also believe God will be the harbinger of justice for me. I forgive him in the sense that I no longer want to harbor ill will toward him; I would rather put my fire-fueled thoughts toward social justice and kingdom work. In that sense, I’ve forgiven him. To love him is more difficult. At this point in my spiritual life, I can say I love that God can love him. And I pray that God might move my heart one day to look at him with the same love and compassion that God is capable of.

This has been my own, singular journey with sexual assault. The journey of forgiveness is different for each person, and I want to be clear that I in no way condone a prescribed way of loving or forgiving one’s enemy after such a violation. That is between a survivor and God. In talking with others who’ve had an experience like mine, many feel they will never get to the point of forgiveness, let alone love. And I think that’s OK. No one from the outside can understand the journey of someone who has experienced this form of violence. As children of God, we are here to listen and not judge or dictate. It may be best to let God work in God’s own way in the hearts and minds of others.

I’ve had a major lesson in loving my enemy, and I hope no one has to learn it in the same way. I’m thankful to God, my community and my Mennonite faith tradition for helping me navigate waters I never intended to enter. Maybe most central of all, I’m thankful to the teachings of Jesus, the voice of God incarnate, for helping me find the soil in which I want to grow.