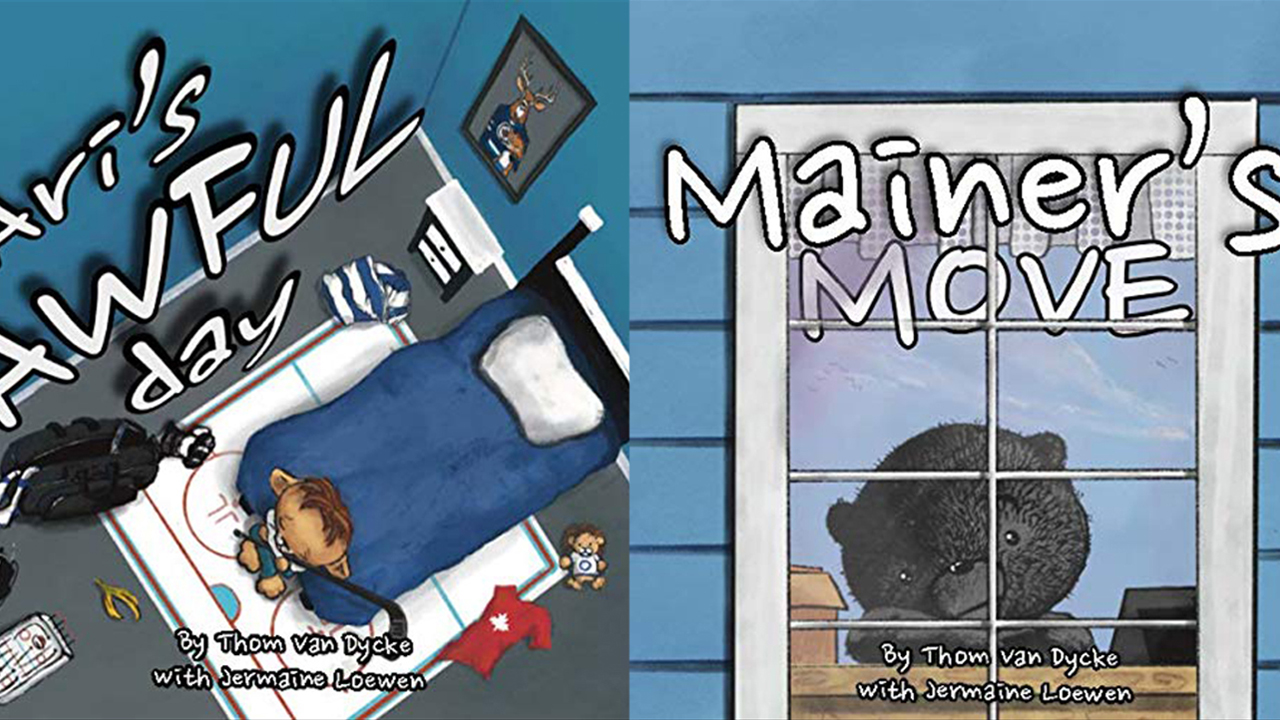 A new children’s book by a Manitoba author and illustrator addresses racism through hockey and adoption.

Ari’s Awful Day/Mainer’s Move was recently released by Steinbach author and illustrator Thom Van Dycke and co-author Jermaine Loewen. The story centers around a young bear who moves to a neighborhood of lions.

“Jermaine was an orphan from Jamaica who was adopted into a Mennonite home and lived in Arborg, Manitoba,” said Van Dycke in a Steinbach Online article. “And, as one can imagine, he grew up in a pretty homogeneous community where he was really the only kid of color for quite a while. He has a remarkable story of how it felt to be that kid who was really, really different.”

Loewen is the first Jamaican-born player selected in the NHL draft and plays for the Fort Wayne Komets in the ECHL. He is expecting to play in the final year of his rookie contract for the Las Vegas Golden Knights’ AHL affiliate team in Henderson, Nev.

He told nhl.com it wasn’t easy sharing his experiences for the book, but he felt it was important.

“In this world, if you live something like that and don’t put it out there then you’re wasting some of your potential as a human being,” Loewen said. “I’m at the place, maturity-wise, that I can handle it. Putting yourself out there can put yourself in vulnerable positions. But it’s also a good thing because it shows a lot of strength.”

The book is the first in a series of books featuring NHL players that will address issues like bullying. It is available at arithelion.com, where children can join a kindness club and receive challenges to put the book’s lesson into practice.