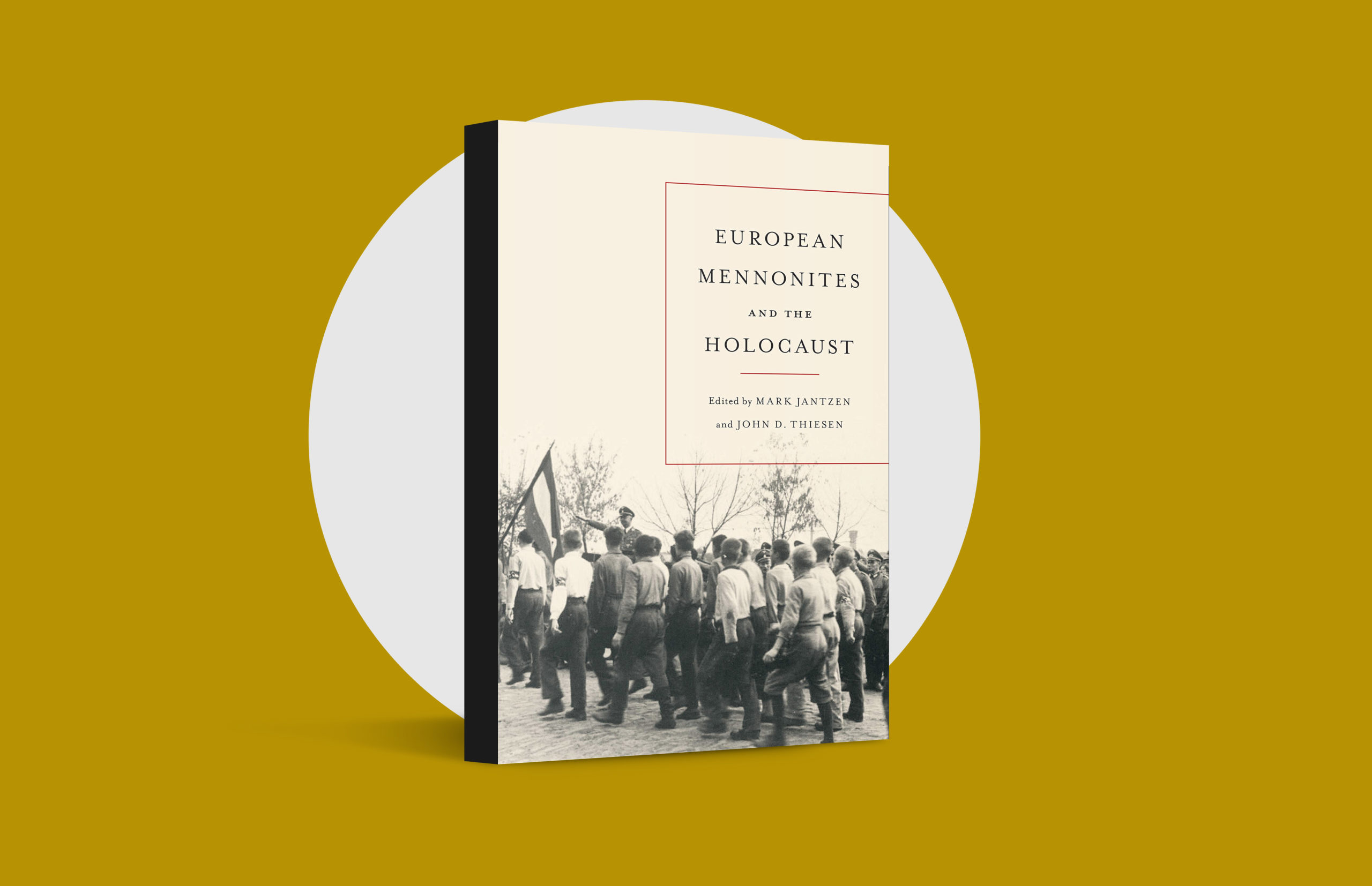 Arson in May 2019 at the Chabad Jewish Center in Needham, Mass. Vandalism of 59 gravestones with anti­semitic graffiti at the Hebrew Cemetery in Falls Church, Mass., in March 2019. The killing of 11 people and the wounding of six more in the October 2018 shooting at the Tree of Life synagogue in Pittsburgh.

These horrific incidents represent part of a surge in antisemitic attacks, with the Anti-Defamation League documenting 2,107 hate crimes against Jewish people in 2019, a high since the ADL began tracking such incidents in 1979.

The spike in antisemitic hate crimes, the Southern Poverty Law Center observes, has gone hand-in-hand with a resurgence of white supremacist activism. Antisemitic attacks across Europe have risen alongside right-wing nationalism.

Amid this alarming resurgence of anti-Jewish ideology, a new book calls attention to European Mennonite complicity in the Holocaust during the Second World War. European Mennonites and the Holocaust, edited by Mark Jantzen and John Thiesen, gathers expanded versions of papers presented in March 2018 at a conference organized by Bethel College in Kansas.

The conference examined Mennonite entanglement with Nazi ideology and the Nazi military in Germany, the Netherlands, Poland and the Soviet Union — including the participation of Mennonites in anti-Jewish massacres.

Jantzen and Thiesen, together with Holocaust studies scholar Doris Bergen of the University of Toronto, push back against thinking of Mennonites as exceptional. Mennonite responses to National Socialism, antisemitism and the Holocaust were neither exceptionally virtuous nor exceptionally bad. They were similar to responses of others in their broader social contexts.

The writers dispel any myth of ­European Mennonite innocence of or distance from the Holocaust. They show how Mennonites mirrored societal acceptance of, silence about and active complicity in National Socialism’s antisemitism and genocide.

Multiple articles examine German Mennonite theological acquiescence to and justification of National Socialism, including its antisemitic ideology and actions.

Other articles draw upon research into recently opened Soviet-era archives to explore how Mennonites in what is now Ukraine collaborated with German military authorities. The collaboration included participation in massacres of Jewish neighbors by Mennonites.

Mennonite farmers in Poland benefited from the labor of people enslaved in a nearby concentration camp. Displaced Mennonites resettled in homes German authorities had confiscated from Jewish owners.

Still other articles examine how displaced Mennonites from Danzig and the Soviet Union remembered their experiences, including their collaboration with Nazi authorities, in the years after the war.

European Mennonite responses to the Holocaust also included resistance. One article tells the story of the protection of Jews by Dutch Mennonites — actions that led to their recognition as “righteous among the nations” by Yad Vashem, Israel’s memorial to Holocaust victims.
Yet such resistance was the exception, not the rule — which, again, made European Mennonites no different from their neighbors.

Multiple articles touch on the role of Mennonite Central Committee in resettling displaced Mennonites from the Soviet Union after World War II, efforts that included the resettlement to the Americas of some individuals whom historical research has shown to have committed war crimes.

MCC has asked 12 historians from Canada, the United States, Paraguay and Europe to help it better understand its role within broader Mennonite entanglements with National Socialism and its legacy. This research will be featured in the MCC publication Intersections, in public events at the University of Winnipeg this fall, and in the Journal of Mennonite Studies and Mennonite Quarterly Review.

Anabaptists today are called to struggle against the idolatry of white supremacy. Dismantling antisemitism is part of the broader antiracist struggle. In addition to standing as an important historical study, European Mennonites and the Holocaust should prompt Anabaptists in North America — particularly white Anabaptists — to reflect on their own legacies of anti-Jewish prejudice and discern how to stand against antisemitism as part of their antiracist commitments.