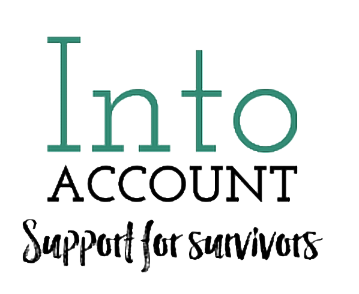 You can read responses from Mennonite Higher Education Institutions here.

On Sept. 22, the United States Department of Education announced the decision to rescind the Title IX guidance in the 2011 “Dear Colleague” Letter, issuing interim guidelines in its place. As advocates and survivors, we have watched these changes unfold with grave concern.

We recognize that this action has produced a great deal of confusion, frustration, and anxiety for school officials. Perhaps, like us, you are concerned about the harm that these actions will likely cause to your students. You may well be frustrated by the lack of clarity in popular media coverage. We know that the interim guidelines have created uncertainty over what, if any, actions you should be currently be taking, and what you should expect from the Department of Education in the future. We understand that these are trying times to be in your positions.

While there are many issues in the interim guidelines that we could address, our purpose with this letter is simple: We respectfully ask that you continue to employ the “preponderance of the evidence” standard of proof in Title IX hearings at your schools.

Much of the current media coverage perpetuates the false notion that Title IX hearings are equivalent to criminal trials, and that their verdicts are similarly consequential in the lives of accused individuals. But the role of Title IX is to make the privileges of education accessible to those who are subject to discrimination in the form of gendered harassment and violence. It cannot, and should not, put anyone behind bars. For it to be effective and fair, it needs to operate under the same evidentiary standards that are used in other civil rights complaints (the preponderance of evidence standard).

Many Anabaptist schools have a faith-informed tradition of speaking truth to the power of the federal government when that power threatens the vulnerable. Anabaptist schools are also known for striving to maintain a Christian commitment to welcoming and offering refuge to those who are unjustly harmed or marginalized. Title IX ’s strongest and most ethical interpretations combine community-based accountability measures with rigorous protections for those who are at risk of victimization. We see this as is a moment of opportunity for you. In tangible ways, the federal government is attacking some of your most vulnerable students. This is a chance to show that you stand with them in both word and action, and it’s important that you do.

The new guidelines give you the option of moving to a higher standard of evidence, “clear and convincing.” Doing so would effectively remove freedom from sexual violence as a protected civil right for your students, because the nature of sexual violence is such that this kind of evidence hardly ever exists. The student populations most negatively affected by such an action are likely to be those who face the most educational access barriers and who are already most vulnerable to sexual violence: students of color, students with disabilities, LGBTQ+ students, international students, undocumented students, childhood sexual abuse survivors and women. And of course, these are not discrete groups. They overlap and intersect, and students who occupy those intersections are already at a disadvantage when it comes to navigating educational systems not intentionally designed with their social locations in mind.

For all the media attention devoted to the dramatic increase in Title IX complaints under the Obama administration, we know that the majority of campus sexual violence victims do not report their experiences to campus authorities or law enforcement. Because Title IX is enforced through victim complaints, the burden of its success already falls disproportionately on the shoulders of the most vulnerable members of a campus community. Secretary DeVos has repeatedly stated her concern for campus sexual violence survivors, but those reassurances are belied by actions that pull resources away from schools.

DeVos has largely succeeded in spreading the perception that Title IX protections have enabled a widespread problem of false accusations and have victimized scores of young men who are wrongly disciplined by their schools for offenses they did not commit. The existing data shows again and again that the kind of false accusation that DeVos is portraying as common-women claiming that a consensual sexual encounter was rape-is extremely rare, and it is rarer still for such an accuser to pursue the matter with authorities.[1]

The anecdotes that DeVos and her colleagues have relied upon to spread this perception are almost all taken from Title IX cases in which the Obama-era guidelines were not adequately followed. The procedural issues in these cases could likely have been prevented by closer adherence to the 2011 guidelines.

Title IX needs care and investment in order to be just and equitable, not deconstruction.

By any existing standard of evidence, sexual violence is a notoriously difficult offense to prove. Intimidation, humiliation, and toxic masculinity frequently succeed in keeping victims of all genders from seeking justice when they are violated sexually.

We fear a far more realistic scenario than the floods of false accusations that DeVos and her supporters are claiming. Changing the evidentiary standard to “clear and convincing” will almost certainly cut down on the overall numbers of survivors who are willing to make TItle IX complaints related to sexual violence and harassment that they have, in fact, experienced; it will also make it less likely, in reports that are made, that those who commit sexual violence face any real consequences for what they have done. A Title IX enforcement system with an evidentiary standard that is too high to recognize the majority of sexual offenses runs a high risk of inadvertently teaching those individuals who commit such offenses how to do so more skillfully and less visibly. It allows them even more opportunities to successfully deploy the arsenal of behaviors that sex offenders use to keep their victims silent.

Shaming and discrediting one’s victims; targeting vulnerable populations; grooming one’s community through charm, manipulation, and displays of virtue: these are learned skills, and frighteningly common ones among perpetrators in faith communities. They are particularly horrifying skills to encounter in young people, but those who work with offenders will tell you readily that youth is when such behaviors are most easily changed. It is depressingly difficult to alter the behavior of a person who has been getting away with sexual violence for decades. In offenders who are the age of the majority of your students, the opportunities for transformation are far greater, but only if those behaviors are truly recognized for what they are: violent, destructive and intolerable.

Anabaptist colleges have an opportunity to lead the way in ethically and faithfully addressing this violence by maintaining the preponderance of the evidence standard. We have written you this letter in a spirit of sincerity and hope. We ask you to publicly commit to the preponderance standard, and to speak openly to your communities about the principles of just faithfulness that require that commitment.

Should you need further resources or counsel as you make this decision, we welcome hearing from you.

With care for your campus, your students and the road ahead of you,

[1] For those interested in a thorough review and assessment of existing studies, including a 10-year study of college rape reports, we suggest this 2010 report in the journal, Violence Against Women: “False Allegations of Sexual Assault: An Analysis of Ten Years of Reported Cases.” https://icdv.idaho.gov/conference/handouts/False-Allegations.pdf