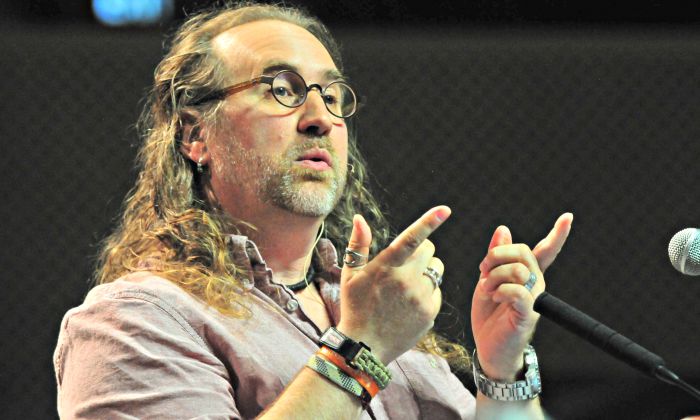 Bruxy Cavey, pastor of an Anabaptist megachurch that is one of Canada’s largest churches, has been accused of sexual misconduct and placed on leave while the church undertakes an external investigation.

The church affiliates with Be In Christ, formerly known as Brethren in Christ Canada.

Cavey, who grew The Meeting House into a megachurch with some 5,000 people attending 19 campuses in the Toronto metropolitan area, was accused of sexual misconduct by a woman who reported it to the church’s Overseers Board, or board of directors.

In a statement, Maggie John, chair of the Meeting House board, wrote: “Bruxy has now been placed on a leave of absence while an external investigation takes place. We take these allegations very seriously and are committed to a thorough and transparent process. We are praying through this situation.”

Church leaders hired a third-party investigator, less than a week after they were notified of the accusations.

Cavey, 56, is the teaching pastor at The Meeting House and the author of a popular book, The End of Religion: Encountering the Subversive Spirituality of Jesus. He became the senior pastor of Upper Oaks Community Church in 1997 and changed its name to The Meeting House. The church grew exponentially as it sought to appeal to people alienated from Christianity and church traditions.

He was a featured speaker at the Mennonite World Conference assembly in Harrisburg, Pa., in 2015 and has taught at Fresno Pacific Biblical Seminary, affiliated with the Mennonite Brethren. He is the author of Reunion: The Good News of Jesus for Seekers, Saints and Sinners (Herald Press, 2018).

Cavey is one of Canada’s most recognizable church leaders. In 2019, he became the subject of a book, The Subversive Evangelical: The Ironic Charisma of an Irreligious Megachurch by Peter J. Schuurman.

In the book, Schuurman writes that Cavey cultivates an identity as leading an “irreligious” megachurch and provides followers with “a more culturally acceptable way to practice their faith in a secular age.”

In an email, Charles Mashinter, executive director of Be In Christ, said the denomination was actively involved in the case, and added: “While Rev. Cavey has a larger public profile than most, our posture is still the same as it would be for all our pastors. We desire reconciliation and healing for any who may experience harm involving one of our clergy. Support has been provided for those directly involved as well as counseling for those deeply affected by this news. When the investigator has concluded their work and delivered their report we will determine next steps in keeping with these values.”