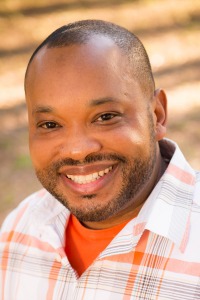 Social media has expanded the reach and power of these informal power brokers.

No longer is it the pen that is mightier than the sword; the keyboard wields power. More and more the online network is setting the tone, even in Mennonite Church USA.

Our online words have gravitas. And in this Twitter/Facebook/Wikipedia-driven world, we often have more words than facts. Hyperbole and cat videos sell in this day and age.

Some studies suggest that the social media environment makes us believe that all our friends are happier than we are.

In the information age, we have to understand how social media shapes not only the attitudes of our constituents but the decision-making process. A system like ours, which operates well in times of calm, does not do so well in times of crisis, when anxiety is high. Our decentralized model of leadership is stable and nonreactive, but it can seem nonresponsive to those farther from the center.

It is in perilous times that our informal networks and leadership nodes speak the loudest, without the systematic checks and balances that restrict our formal leaders. In some cases, this can be a good thing, especially when genuine social reform must happen. At other times, reason gives way to rhetoric and the seeds of fear are easily planted. This creates an environment of helplessness and mistrust that mobilizes a temporary wave of symbolic empathy but never addresses the systematic roots of the problem.

Fact-less statements go viral throughout our systems, and our Anabaptist genes kick in.

We begin to relive the Reformation again as if we are all being pursued by the magisterial Protestants. I can’t begin to tell you how many times people have used the following argument with me to get their point across: “People are dying. I don’t feel safe. People like me are being targeted.” Then comes the inevitable question, “What are you going to do about it?”

In the thick of the Great Depression, Franklin D. Roosevelt said: “So, first of all, let me assert my firm belief that the only thing we have to fear is fear itself—nameless, unreasoning, unjustified terror which paralyzes needed efforts to convert retreat into advance. … Yet our distress comes from no failure of substance. We are stricken by no plague of locusts. Compared with the perils which our forefathers conquered because they believed and were not afraid, we have still much to be thankful for.”

As leaders we have to be sympathetic and compassionate to the genuine concerns of people entrusted to our care, people who are affected by our decisions. But we can’t give credence to destructive misinformation, even if it originates from our deep desire to be advocates of social justice. We have to be strong enough to bring calm to the storm, just like Christ did for his disciples. The disciples cried out to Jesus, “Teacher, do you not care that we are perishing?” “He woke up and rebuked the wind, and said to the sea, ‘Peace! Be still!’ Then the wind ceased, and there was a dead calm” (Mark 4:39).

You may remember the reports of rape and dead babies in the New Orleans Superdome following Hurricane Katrina. I was fully engaged, compassionately listening to the horror stories told by Brian Williams and others. I, too, asked, “Why isn’t someone doing something?”

Then, after the crisis subsided, we discovered that much of what was reported was untrue. Scores of myths about the Superdome and Convention Center were treated as fact by evacuees, the media and even some of New Orleans’ top officials.

Today’s leader has to operate on verified facts, not just the cries of the crowd.

Jesus didn’t have to deal with a euroclydon of trolls, but today’s leader does. Trolls are not evil creatures that live under bridges. They are people who post inflammatory, extraneous or off-topic messages online with the primary intent of provoking and disrupting readers into an emotional response. There is a fine line between social advocacy and trolling.

As leaders we must do the following:

1. Keep social media feedback in its proper perspective.
2. Don’t become trolls ourselves and publicly demean people.
3. Don’t “like” and frequent sites that don’t line up with our values.
4. Check the facts.
5. Use facts with compassion.

We cannot ignore people’s fear, even if it’s irrational, but we also have an obligation to say, “Peace! Be still!” Then we must communicate in a manner that is hopeful, informative and clearly addresses the concerns of the people involved.