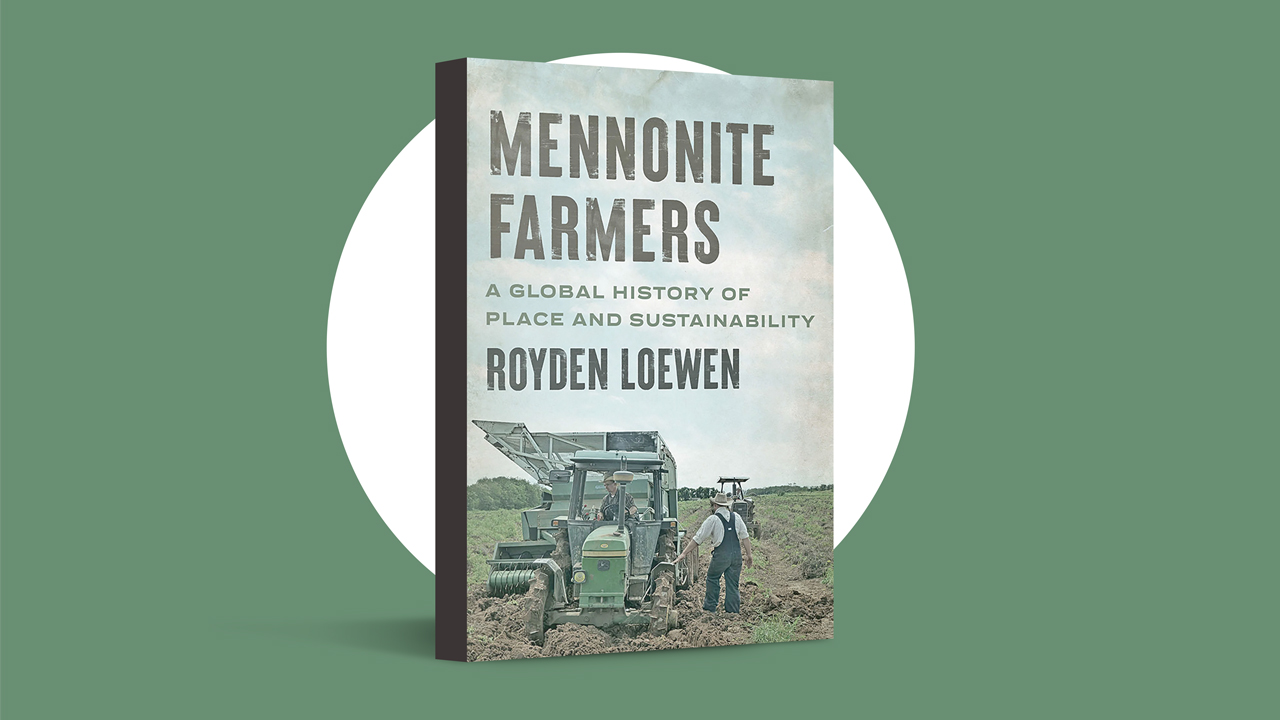 The title uses “Mennonite” as a catch-all term, but the far-flung communities included in this study incorporate Anabaptist groups ranging from Brethren in Christ to Russian Baptists to Old Colony settlers to progressive Mennonites, and more.

They interviewed 159 women and men who spoke — in Dutch, Ndebele, Low German, Spanish, Russian, Javanese and English — of farming in their communities, religious identity and family relationships, weather and other environmental factors and interactions with local and global markets.

Loewen concludes that the stories “possess no single Anabaptist vision regarding farmland, no common extension of nonviolence to the land.” Rather, while aiming to be stewards of the land — whether the local soil is peat, clay, sandy or some other type — farmers have employed enormously varied strategies for growing crops and raising farm animals.

Loewen concludes that religiously driven goals, if articulated at all, are mostly unspoken but “embodied in everyday activity geared to sustenance and generational succession.”

He makes the case that it is in the nuances of local contexts — for example, whether interviewees are growing rice or corn, sunflowers or vegetables and raising hogs or other animals — that agricultural challenges and perspectives on sustainability come most into focus. That is, the seven case studies chosen for this research provide no basis for the notion that Anabaptist-inflected religious commitment has led to any particularly “Mennonite approach” to the land, to nature, or to environmental activism.

Loewen acknowledges that despite the book’s organizational themes (which suggest that farmers the world over have common concerns such as climate change and transnational market challenges), this effort at global comparative scholarship reveals that “just below the surface . . . are stories of immense complexity, containing the minutiae of history of specific places.”

Loewen is interested in both the proverbial forest and the trees. But it is the trees — each community’s farmers and their localized ways of attending to business — that get top billing here.

In writing about farmers rooted in locales ranging from the tropics to cold climates, Loewen suggests this book may lead readers to understand “farmers’ challenges at the local level in the history of food growing everywhere.”
While offering a few data points about how Mennonite aid agencies — including Mennonite Central Committee, Mennonite Economic Development Associates and Mennonite Disaster Service — have impacted the lives of agriculturalists in giving and receiving, the book suggests farmers around the globe have much in common with their neighbors, irrespective of religious affinities.

One example comes from Manitoba, where farmers specializing in wheat and canola are not particularly worried about global warming, given that rising temperatures portend longer growing seasons, with the possibility of establishing corn and soybeans as part of farm economies.

In a counter-example, vegetable- growing farmers in Matabeleland, a “community of the ox-drawn plow and the donkey-pulled wagon,” articulated far more concern about climate change and its impact on livelihoods. Moreover, in this southwestern corner of Zimbabwe, human causation of pollution and changing weather patterns are noticed and decried. Here, Loewen writes, “farmers are known for their spiritual view of the land, blurring the line between the creator and creation, at odds with a dichotomous Northern viewpoint.”

Given the book’s attention to the colonial — and in some cases, postcolonial — legacies that inform these communities’ cultures, Mennonite Farmers serves as an accessible entry point for readers interested in learning about places other than their own, as well as the interplays between natural resources and human cultivation.