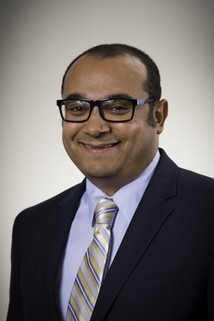 The recent “zero tolerance” policy that has been conducted by the Trump administration toward asylum seekers along the U.S.-Mexico border has left thousands of families horrified and traumatized as parents and children were detained separately.

Such an abhorrent policy does not take into account the vulnerability of these migrant families who have escaped violence and poverty in their home countries and are seeking a better life for them and for their children. The cruelty of such a policy, which deepens the wounds of these vulnerable people, reflects attempts to gain political ground at the expense of the well-being of these resilient human beings. This policy reflects a sentiment of apathy toward human suffering and embodies the politics of fear of the other that this administration has fostered from its inception.

The Bible, which has been wrongly used to defend the government’s politics toward these forced migrants, calls faith communities to resist mistreatment of the vulnerable ones. The biblical stories of Moses and Jesus, whose lives were jeopardized by politics of fear and whose survival is a testimony of God’s saving work in the midst of human violence, show that a particular nation, in this case Egypt, has a choice of being a place of refuge or a place of oppression. There is a possibility for the nations to replace politics of fear of the other, which usually turn out to be violent, with actions of compassion, which usually offer hospitality to the other, offering them God’s shalom and safety.

The gospel according to Matthew tells a story about Jesus as a refugee child. Joseph, Mary and Jesus had to flee to Egypt seeking safety and security. Jesus’ life was at risk; his survival was jeopardized because of a brutal massacre of infants. Monopolized by fear for his throne, King Herod of Judea sent and killed all the children who were two years old in Bethlehem, where the Messiah child was supposed to be born. Jesus survived the massacre because an angel had instructed Joseph to flee to Egypt.

This story exposes a political agenda that is willing to do anything to maintain authority and power, even if this means killing helpless infants. Herod, king of Judea, is analogous to Pharaoh of Egypt in the Exodus story. In Matthew 2:3, “King Herod … was frightened,” and in Exodus 1:9-10, the new Pharaoh who did not know Joseph said, “Look, the Israelite people are more numerous and more powerful than we. Come let us deal shrewdly with them, or they will increase and in the event of war, join our enemies and fight against us and escape from the land.” Both of these rulers were driven by their lust for power, and their fear for their power manipulated them to the point of committing a massacre.

That Jesus survived this massacre should not make us forget about the other infants who were killed in this ruthless crime. Nor should we pass over the parents who lost their little one. The author of Matthew reminds us that these parents are like Rachel, who wept for her children and “refused to be consoled, because they are no more” (Matthew 2:18).

With Rachel, who died giving birth, and with many parents in our world, we mourn the loss of many boys and girls because of civil wars and militant oppression in many places around the world. Providing spiritual and pastoral care for those who are traumatized by violence, forced migration and detention is an important witness to God’s healing power in the midst of pain and suffering. The survival of Moses and Jesus are signs of hope in the midst a bleak and a despairing present.

The survival of Moses and Jesus calls us to resist politics of oppression and violence that emerge out of fear. Both stories complement each other in bringing human and divine agencies together.

While in the story of Jesus, an angel warns Joseph and Mary, pointing to God’s work in the background of saving Jesus, in the story of Moses it is the cooperation of brave women who defy the royal creed that saves Moses from being killed. Women from different ethnic and socio-economic backgrounds were able to resist politics of fear and respond to the needs of the vulnerable ones out of compassion and fear of God.

There is a stark contrast between both stories around the role Egypt plays. Nations have a choice of being cruel toward those who are vulnerable and showing compassion by becoming a place of refuge and safety for those who are facing existential crises.

Between the Moses story and the Jesus story the image of Egypt shifts from being a place of a threat to the child Moses to a place of refuge for the child Jesus. Nations have the choice to be a place of oppression (Exodus 1-15) or a place of refuge and safety at times of famine, political strives and militant violence (e.g., Abraham in Genesis 12, Joseph in Genesis 37-50, Jeroboam in 1 Kings 11, Jeremiah 42-44 and Jesus in Matthew 2).

The shift in the portrayal of Egypt not only questions the one-sided portrayal of a place like Egypt as that of oppression, but it also shows that the politics of fear, which are destructive to God’s beloved creation, can be overcome and resisted by acts of compassion and hospitality toward the vulnerable asylum seekers who are escaping violence and oppressions.