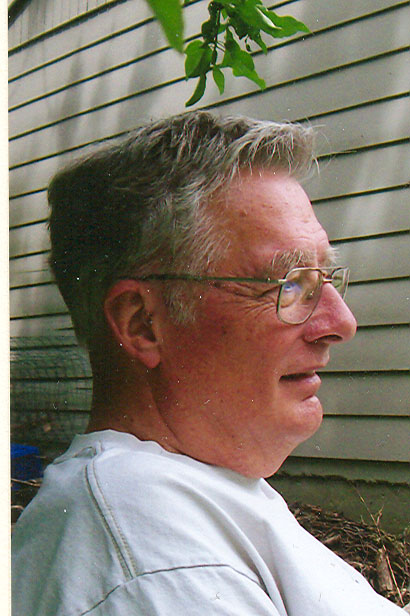 This year’s Easter celebrations have been disrupted by the worldwide COVID-19 pandemic. Here in Kansas, we have been drawn into a debate about the meaning and practice of gathering for religious worship.

Last Tuesday, April 7, the Democratic governor, Laura Kelly, issued an executive order that limited religious gatherings to 10 people. On Wednesday, a Republican-dominated “Legislative Coordinating Committee,” on a 5 to 2 party-line vote, overturned the governor’s executive order. It was, they said, a matter of religious freedom. Susan Wagle, Kansas Senate president, said Kelly’s order was “out of line, extreme and clearly in violation, a blatant violation of our fundamental rights.” Kelly said the Republican legislative committee’s action was “political.” She appealed the issue to the Kansas Supreme Court, asking for a quick decision in time for Easter.

On April 11, the Kansas Supreme Court struck down the Legislative Coordinating Committee’s action. The governor’s stay-at-home order was restored. Large religious gatherings in the context of the worldwide COVID-19 pandemic remained criminal activity.

The argument was not merely academic. It had to do with life and death. Kansas has recorded 55 deaths related to the coronavirus as the epidemic has been spreading through the state. Governor Kelly cited four instances of “positive case clusters” of COVID-19 that had been tied to religious gatherings in Kansas. People in large gatherings can pass the virus to each other and then spread the virus to others in public.

What was the “religious liberty” issue? Stephen Owens, Republican legislative representative from Hesston, became an outspoken critic of the governor on television and in print. “Liberty is the norm, not the exception,” said Owens. “Our Constitution is the cornerstone of our society. Our freedoms were not conditional of how the next crisis unfolds. Suppression of freedom must never be the norm.” Owens believes it is unconstitutional to forbid attendance at religious gatherings.

Owens failed to acknowledge that there is more than one relevant norm that governs society. There is also a “sacredness of life” norm. Human life is sacred. No one has the right to kill other innocent people or to be involved in unnecessary deaths of large numbers of other people. There is clear evidence that in the context of the COVID-19 pandemic, attendance at large close meetings results in the deaths of people at those meetings and of others outside who are subsequently infected. How many such deaths in Kansas would Owens be willing to accept as the price of religious freedom? Would he accept 15, 50, 500 or more? Would it make a difference if he would know in advance the names of those who would die? Does the right to attend church really trump the right to life?

Critics of Governor Kelly’s order typically insist that they agree with the governor’s intent. Derek Schmidt, Republican Attorney General of Kansas, said he agrees with the substance of the governor’s executive order. But he does not think the order should be legally enforced. Steve Owens himself said he does not plan to attend any large, close, religious gatherings, and he does not want anyone else to do so. But he says it is wrong to criminalize the practice and wrong to punish any attenders. Schmidt and Owens obviously hope that all Kansans will be sensible enough to stay away from large religious gatherings.

That hope is naive. Religious leaders are not invariably rational or sensible. Rev. Tony Spell, pastor of a church near Baton Rouge, Louisiana, told the press of his plan for 2,000 to attend his Easter service. “Satan and a virus will not stop us,” Spell told Reuters. “God will shield us from all harm and sickness. We are not afraid. We are called by God to stand against the Antichrist creeping into America’s borders.” A limited reading of the history of radical religious groups reveals many stories of people on the fanatical fringe. Spell’s behavior, if he follows through on his threats, should be criminalized.

The debate about religious freedom and the Kansas governor’s coronavirus restrictions is by no means settled. The Kansas Supreme Court made its decision to uphold the governor on narrow constitutional grounds, not upon the great moral issues at stake. The Republican legislature may well attempt to repair the constitutional problems. They have yet to address the apparent absurdity of affirming a particular law or policy, while insisting that it not be enforced. (“Crazy,” the Newton Kansan called it.) When is the law not the law? We may well soon face the question of what to do with radical religious dissenters who are obsessed with religious freedom but indifferent to the sacredness of life. Stay tuned for more.

James C. Juhnke is professor emeritus of history at Bethel College in North Newton, Kansas. A version of this article originally appeared on his website, Kansas Mennonites in Politics.