In an effort to attract more students who do not identify as Mennonite or Anabaptist, Iowa Mennonite School is confronting a shrinking enrollment by changing its name.

The school announced on July 30 it is changing its name to Hillcrest Academy, beginning with the coming school year.

The grades 9-12 high school in Kalona graduated 22 students earlier this year, and has 60 enrolled for the coming fall.

“We had 78 this past year, so our incoming class at this point is low,” said principal Dwight Gingerich. “The enrollment figure has steadily declined.”

According to Mennonite Education Agency’s annual enrollment report last fall, the school’s enrollment has decreased by 38.6 percent in 10 years. 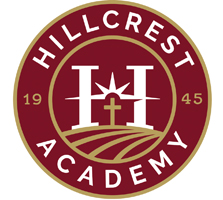 Gingerich said Hillcrest has been able to maintain the percentage of students coming from supporting congregations, but as those churches get smaller, the number of students they send declines as well.

“One of our highly supportive congregations has one student going into ninth grade, and next year they won’t have any,” he said. “We’re just seeing fewer kids.”

Although some area churches have left Mennonite Church USA, Gingerich said students from those congregations continue attending the school.

“That’s something we pray will continue,” he said. “We want to be a school that welcomes a range on the continuum, and we can do school together, but it is a question that I’ve been asked. At this point we are blessed with the support of congregations that are outside MC USA as well.”

By changing the name to Hillcrest and removing the word “Mennonite,” the school hopes to avoid being written off by potential students who do not affiliate as Anabaptist.

It’s something the school’s board has considered for several years. Recent lower enrollment created a tipping point.

“There’s anecdotal evidence, if not more, that for many in the Iowa City area 15 minutes away, there’s people confused by the word Mennonite,” Gingerich said. “It has people thinking Amish; thinking it’s not for them because they are not Mennonite.

“We hear that from families, and so we wanted to see if removing that barrier can help us. It sounds simplistic perhaps, but there’s a reality to it.”

Of the 21 Mennonite Schools Council members that offer classes in the kindergarten through high school range, seven have “Mennonite” in the name. In the summer of 2018, Western Mennonite School in West Salem, Ore., changed its name to Western Christian School. Enrollment in the middle and high school increased from 140 in 2017 to 170 this fall.

If Hillcrest Academy grows with other-than-Mennonite students, it will come more in line with the rest of MSC. About 60 percent of Hillcrest’s student body affiliates as Mennonite or Anabaptist; the average among all reporting MSC members is 33 percent.

“All of our schools are interested in growing beyond what Mennonite families can supply us with students,” said MEA senior director Elaine Moyer.

Whether Mennonite is in the name or not, she said it is important for schools that work in Anabaptist education to define faith practices that are important to them. That could mean partnering with conferences and congregations that may not be growing to strengthen identity and membership.

“This is, I think, an invitation to churches to step up to live out their values,” Moyer said.

A light on a hill

Although a consultant in North Carolina was used to help select a new name and imagery, “Hillcrest” itself was already a core part of IMS. A decade after the school’s 1945 founding, Hillcrest Union was built. The gymnasium/auditorium represented new opportunities that united the community.

Frank Yoder’s school history, Opening a Window to the World, notes that “only by drawing from all segments of the Mennonite community could an auditorium as large as Hillcrest be built . . . and by making the building available for community events, IMS filled a need that no other institution in the community could fill.”

As the school reset its visual identity, it seemed like the right opportunity to also make chang­es in athletic programs. Starting this fall, Hillcrest Academy (and Hillcrest Union) is the home of the Ravens.

Until now, IMS was the only school in the state without a mascot.

“When I was a student in the 1970s we added interscholastic sports,” Gingerich said. “Over the years this idea of a mascot has come up, and I think not having one had some appeal . . . but it keeps coming up.”

Last fall the school sent a survey about a name and mascot to alumni, with Hillcrest and Ravens the clear favorites. Ravens, which are known for their intelligence, brought food to Elijah in 1 Kings 17:6. The new mascot coming to Hillcrest may also represent God providing for the school’s future.

“That’s hopeful,” Gingerich said. “And that fits where we’re at.”