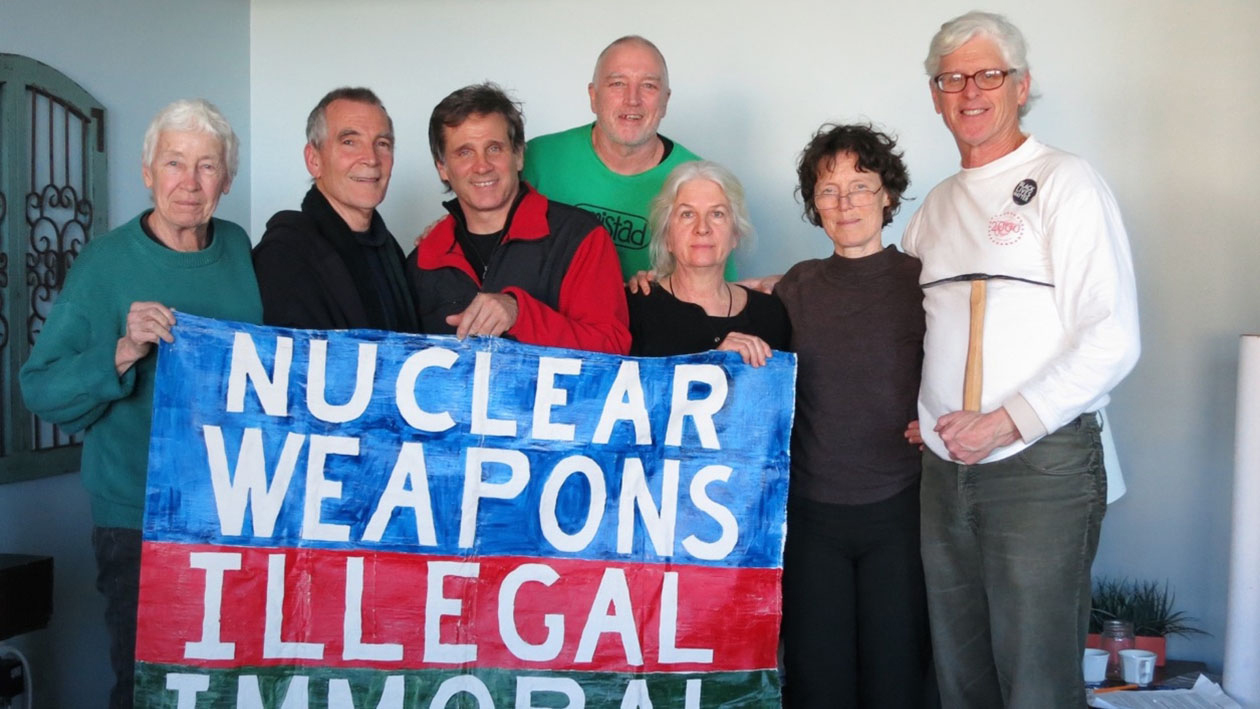 The seventh and final Catholic peace activist, who three years ago broke into the King’s Bay Naval Base in Georgia to symbolically disarm its stockpile of nuclear weapons, was sentenced on April 9 to 21 months in prison.

Mark Colville, who runs Amistad Catholic Worker in New Haven, Conn., was part of the Kings Bay Plowshares 7 who cut a padlock, and later a security fence, at the naval base on April 4, 2018. The group prayed, spilled blood on a Navy wall insignia, spray-painted antiwar slogans on a walkway and banged on a monument to nuclear warfare — all in protest of nuclear weapons, which the group says are illegal by international law.

The seven — including a Jesuit priest and the granddaughter of Catholic Worker Movement founder Dorothy Day — were caught more than an hour after their break-in, jailed and convicted the following year. All were found guilty of destruction of property on a naval installation, depredation of government property, trespass and conspiracy. The coronavirus pandemic delayed their sentencing well beyond normal ranges.

In his statement prior to his sentencing Colville, 59, referred to the United Nations’ Treaty on the Prohibition of Nuclear Weapons, which was ratified this year by 50 countries, not including the United States.

“My neighborhood, my family and I have a right to live without a nuclear gun on hair-trigger alert held perpetually to our heads,” Colville told the judge. “It is this court’s absurd logic, which in effect maintains that the only proper time to subject these homnicidal weapons to any kind of legal scrutiny is after they’ve been launched.”

Colville also read aloud a prayer from Pope Francis, in which the pontiff said, “Bring healing to our lives, that we may protect the world and not prey on it, that we may sow beauty, not pollution and destruction.”

In March, DePaul University in Chicago announced that it would recognize the King’s Bay Plowshares 7 with the first Berrigan-McAlister Award for Christian nonviolent action. (The award is named for three longtime peace activists, among them Elizabeth McAlister, one of the seven Kings Bay Plowshares.)

Referring to the Kings Bay Plowshares, Michael Budde, professor of Catholic studies and political science at DePaul, said: “They are exemplars today of people who have made comparable sacrifices over the years to answer questions of peace and justice.”

Five of the seven are now serving prison sentences. Colville has already served 15 months in jail because he declined the conditions of his bail and so will likely serve far less than the 21 months he was sentenced to — four or five months, he estimated.

The judge asked Colville if he wanted to go to prison right away or surrender within 60 days. Colville said he was expecting to donate one of his kidneys in honor of his grandnephew, so he preferred waiting.

He also said he would appeal his sentence.