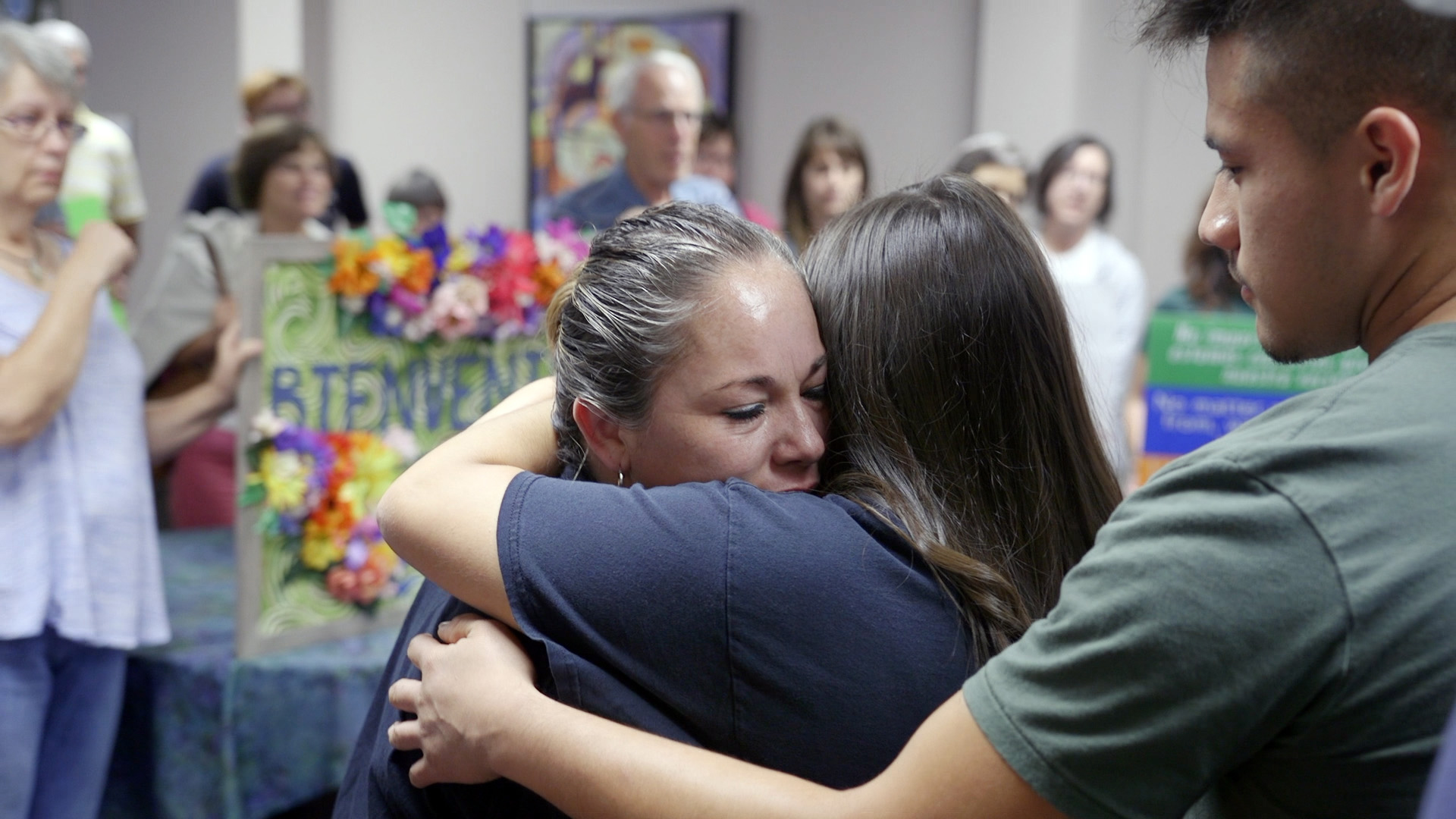 Edith Espinal, who spent more than three years in church sanctuary to ride out the Trump administration’s harsh immigration crackdown, had a pretty good September.

The 44-year-old Mexican native was granted a work permit, giving her hope that she will be able to support herself seven months after securing assurances she was no longer an immediate target for deportation and could go home.

And on Sept. 18, a documentary portraying her three solitary years at Columbus Mennonite Church in Ohio was livestreamed as part of the New York Latino Film Festival.

In the 24-minute A Shelter for Edith, by Matthew Leahy and Elisa Stone Leahy, Espinal narrates her 40 months at the church herself. The footage, taken by Leahy and Stone, both members of the church when Espinal’s stay began, was originally intended for social media fundraising campaigns advocating on her behalf. But when the coronavirus pandemic hit, the couple decided to use it to construct a documentary.

“We thought, ‘We’re in isolation, and Edith has also been in isolation for years,’ ” said Leahy. “The juxtaposition was interesting to us. We wanted to highlight the isolation she was experiencing and what it would feel like to be in a church that long by yourself.”

Espinal, who is married and has three adult children, had been living in the United States since she was 16. She had a work permit that was regularly renewed at her required check-ins with Immigration and Customs Enforcement. She has no criminal record.

But after former President Trump took office in 2016, he signed multiple executive orders to apprehend and detain undocumented immigrants. Espinal was ordered to leave the country and given a GPS ankle monitor to make sure she did.

Instead, on Oct. 2, 2017, she made the decision to enter sanctuary. Houses of worship — along with schools and hospitals — are considered “sensitive locations” where federal immigration enforcement officers are unlikely to arrest, search or interview people under most circumstances.

Espinal was one of dozens of undocumented immigrants who fled to churches across the country as part of the New Sanctuary Movement.

That movement has mostly drawn down following President Biden’s January executive order restraining ICE from arresting and deporting undocumented immigrants who do not pose a threat to public safety.

The documentary depicts Espinal’s struggles while in sanctuary. She was not able to attend her daughter Stephanie’s high school graduation. In 2019, she received a letter from ICE informing her she owed the government $497,777 in civil penalties for disobeying orders to leave the country.

Espinal, who wears a rosary around her neck and attended Catholic churches most of her life, now attends the Mennonite church where she spent her confinement.

She is living with her family in Columbus and said she wanted to study cosmetology and is working with a lawyer to get a permanent residency.

“My goal is to fix my immigration status and, if possible, obtain citizenship, if God wills it,” she wrote in a text message to the Leahys.

Another documentary released in 2018, Santuario, tells of Juana Luz Tobar Ortega, an undocumented immigrant from Guatemala who took sanctuary in an Episcopal church in Greensboro, North Carolina.

This fall my congregation, ­Columbus Mennonite Church, plans to do a worship series taking a closer look at our new hymnal, Voices Together. Hybrid in-person and Zoom worship is not ideal for this. Although we can’t all be in the same room, we can use the hymnal to explore the meaning of worship and the ways heritage and innovation form a living faith.

My experience of a worship text is enriched by knowing the story behind it. One of the new pieces in Voices Together has a story especially familiar to our congregation. I tell it here in the hopes of enriching your worship experience and to give an invitation.

On Oct. 2, 2017, Edith Espinal moved into our church building. Despite having lived in the United States for 20 years, she had recently lost her asylum court case, been given a deportation order and been ordered to report to ICE — Immigration Customs Enforcement — for removal to Mexico. She would be separated from her husband and three children, two of them U.S. citizens. Rather than be deported, Edith was one of many around that time who sought sanctuary in a church building, enabling her to continue advocating for her case from a location ICE had pledged not to enter.

As our congregation adapted to being a sanctuary church, one member suggested writing a prayer in English and Spanish that could become part of our weekly worship. We called it “The Sanctuary Prayer.” It acknowledged God as our ultimate sanctuary, drew a wide circle around who is our neighbor and asked that our lives be defined by courage, peace and justice.

We continued to pray this prayer throughout Edith’s time in sanctuary. During this time, it was selected for inclusion in the new hymnal’s worship resources. It appears in Voices Together as No. 1042.

On Feb. 18, 2021, Edith was finally allowed to leave sanctuary without threat of deportation. She still checks in monthly with ICE but can now live with her family and recently received her work permit. We are overjoyed with her and prayerful that she will someday be granted permanent resident status.

Edith was in sanctuary for 1235 days. The story behind VT 1042 is well-summarized in that other number: 1235. It’s a long time, nearly three and a half years, to be praying for freedom.

On Oct. 3, the four-year anniversary weekend of Edith first entering sanctuary, our congregation will dedicate this piece in the hymnal by putting a “1235” sticker next to VT 1042. If it would help you remember the story of Edith and all the others for whom this prayer was written, you are invited to do the same whenever it suits you.