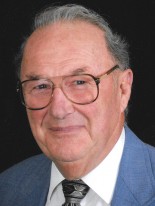 Slavery was common in most of the ancient world. It was an accepted practice by the ancient patriarchs, and other religious figures in the Old Testament. (See Exodus 21:3, 7, 20-21.)

The New Testament writers did not oppose slavery. It was all around them, and they accepted it as a cultural given about how life was. Jesus occasionally used slaves as positive illustrations in his teaching. (See Matthew 10:24; 20:27; 24:45-51.)

Jesus never spoke in direct opposition to the practice of slavery. Paul and Peter also assume the validity of slavery as a social-economic system. Owning slaves was not a critical issue of faith. Slaves were encouraged to accept their station in life and obey their masters. Masters were told to be just and fair in how they treated their slaves. They accepted that as the way God had set up their world. (See Ephesians 6:5, 8; Colossians 4:1; Philemon; 1 Peter 2:16.)

My concern: In our commitment to the biblical message, we have a new understanding that leads us to read these instructions regarding slavery in a different way. For centuries, Christian preachers and writers had been silent on the issue of slavery. A few Christian leaders saw this as an issue of human justice. They challenged the church’s reading of the Bible as they believed God was leading them to a higher consciousness about human dignity.

William Wilberforce (1759-1833) a member of British Parliament who converted to evangelical Christianity wrote: “Liberty is the right of every human creature … and no human law can deprive him of that right which he derives from the law of nature.” Charles Finney (1792-1875) was president of Oberlin College, where he led a strong abolitionist movement, making Oberlin a critical stop on the Underground Railroad.

But their antislavery actions were criticized by other Christians.

Jefferson Davis (president of the Confederacy) said: “Slavery was established by decree of almighty God. … It is sanctioned in the Bible, in both Testaments, from Genesis to Revelation.” Richard Furman (1775-1825), South Carolina Baptist Convention President and for whom Furman University is named, wrote: “The right of holding slaves is clearly established in the Holy Scriptures.” Robert Dabney (1820–1898), Southern Presbyterian theologian, wrote: “Every hope for the existence of church and state, of civilization itself, hangs upon our arduous effort to defeat the doctrine of negro suffrage.”

Christian denominations were severely divided in their response to slavery. In 1837, the Southern Presbyterians joined Conservative Presbyterians in the North to drive antislavery members out of the denomination. In 1844, the Methodist Episcopal Church split into Northern and Southern M.E.’s over the issue of slavery. In 1845, the Baptists divided, and the Southern Baptist Convention was formed after an intense dispute about owning slaves.

Does this history teach us anything about fidelity to Scripture?

Would any of us want to resurrect the biblical teachings on slavery? The church has gained new insights into God’s vision for human justice and dignity. We have been slow, but gradually we are learning.

Is this a case where “the stones are crying out” as God guides us toward an understanding of the origin and formation of sexual identity that was totally unknown to the biblical writers? God has moved us forward in our understandings of slavery and human dignity (for which we should be thankful). Might God now be using science and human genetics to teach us something about sexuality that our spiritual ancestors knew nothing about? Can what is often seen as a “new thing to be rejected” actually be a “renewal” of an understanding God has always intended that humanity should achieve? We simply did not have the wisdom to comprehend it.

We are not rejecting the biblical message.

We honor the Scriptures as we seek to be faithful as God draws us along the path that God has always been on, teaching new understandings that are a faithful extension of the biblical message, not a rejection. Is it possible that John 14:12 is being lived out in our presence? “He who believes in me will do the works that I do, and greater works than these will he do, because I go to the Father.”
Lord, help us to be faithful to this new understanding of humanity which your Holy Spirit is trying to teach us.

Don Blosser is a member of College Mennonite Church in Goshen, Ind.